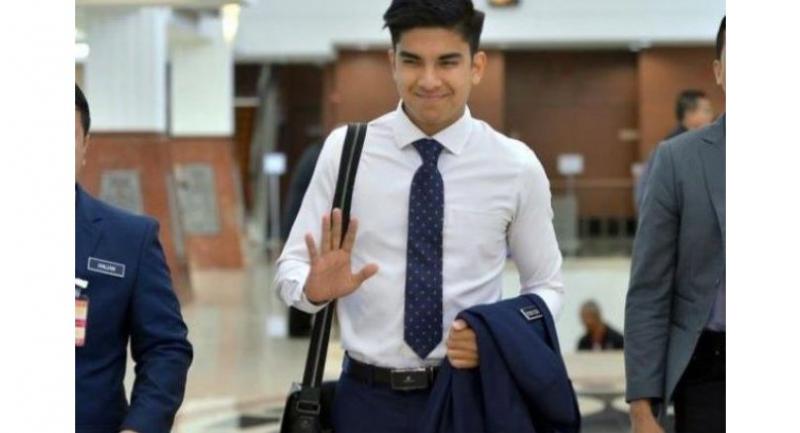 KUALA LUMPUR: Please focus on more important issues — this was the response from Syed Saddiq Syed Abdul Rahman, after photos circulating on social media showing the Youth and Sports Minister soaking shirtless in a bathtub drew criticism from Malaysians.

"I just commented on an important issue (in Dewan Rakyat), and suggest you focus on that now. "You should be cautious in writing news.
"If possible, please give coverage to more important issues," he said when met at Parliament lobby on Tuesday (Oct 16).
Syed Saddiq had on Saturday (Oct 13)  posted the photos on both his Twitter and Instagram accounts, but removed it following a backlash from netizens.
The photo showed the 25-year-old, who became the youngest ever minister in the country after the election in May, undergoing cold water therapy after a friendly football match that was held in conjunction with Hari Sukan Negara 2018 on Saturday (Oct 13).
The Twitter photo showed his well-defined abs to his 613,000 followers. “After scoring the golden goal, (I) immediately soaked myself in ice. Good game @dugongallstars,” he tweeted.
Some Malaysians, however, described the post as unbecoming of a minister. Syed Saddiq's Choice team had played against Dugong Allstars, a team made up of local celebrities, on Saturday afternoon.
His team won the match 4-3, with the minister scoring the decisive goal.
It's common practice among athletes to soak themselves in ice water after training or after a competition. The therapy is said to provide relief for muscle pain and soreness.