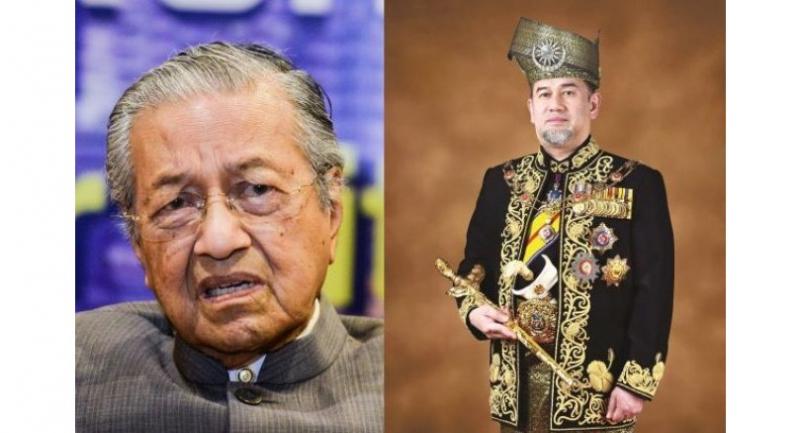 KUALA LUMPUR: Prime Minister Tun Dr Mahathir Mohamad says he has not received any official confirmation or indication over rumours saying that the Yang di-Pertuan Agong would be abdicating the throne.

"Like you, I've heard rumours. I have not received any letter or any official indication about anything.

"So I am not going to talk about all this," he said when asked to respond to rumours circulating on social media on Sultan Muhammad V's abdication of the throne.

Dr Mahathir made the comment at a press conference on Friday (Jan 4) after chairing the Pakatan Harapan presidential council meeting.

When pressed further if the Agong had officially returned to work after going on leave for two months up to Dec 31, he merely said: "As far as I know."

When asked if the Conference of Rulers could appoint an acting Agong for the current term, Dr Mahathir replied that this was up to the Rulers to decide.

Sultan Nazrin Muizzuddin Shah was the acting Agong during the absence of Sultan Muhammad. However, his duties ended on Dec 31.

A portal reported that Mohd Amar denied rumours that Sultan Muhammad would abdicate the throne.

Meanwhile, a daily reported that an unscheduled meeting among the Malay Rulers took place on Wednesday (Jan 2) night .

During the absence of Sultan Muhammad, there were also foreign media reports and photographs claiming that the King had married a former Russian beauty queen in Moscow.

Istana Negara, however, has not confirmed or denied the alleged wedding ceremony.