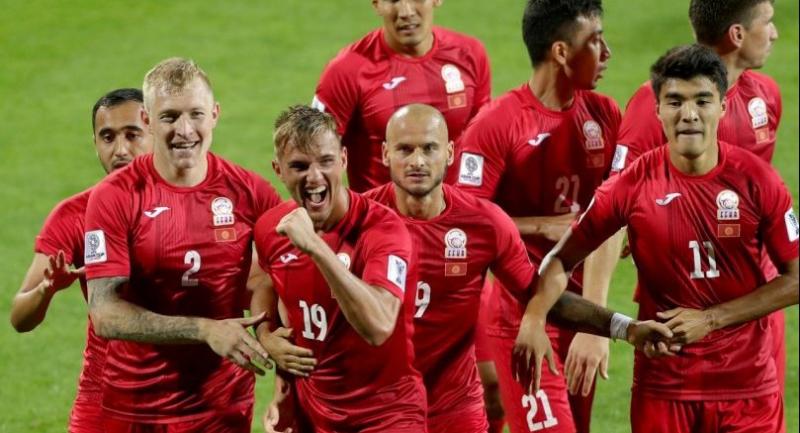 Abu Dhabi - Kyrgyzstan ace Vitalij Lux claims he would rather sit in his hotel room alone than be a sex symbol after his Asian Cup hat-trick sent female fans into a spin.

The 29-year-old hunk with the James Dean film-star looks and a name that sounds like a designer shampoo, plundered a midweek treble against the Philippines to fire the White Falcons into the last 16 on their tournament debut.

"This is new for me," hat-trick hero Lux told AFP in an interview on Saturday. "I can't believe it. I have a lot more Instagram followers suddenly."
Lux admits he is footloose and fancy-free, but the Kyrgyz heartthrob insists he's finding it hard to come to terms with his new-found fame.

"I'm still single, I'm searching for the right one," he blushed. "But I'm a very shy person. I prefer to sit in my room and just work hard at training."

Lux's Instagram followers jumped by some 6,000 overnight -- to just over 9,000 -- after his sharp-shooting swept Kyrgyzstan into the next round.

"I'm proud that I have so many followers," said the blond bomber, whose feed shows pictures of him training or lounging bare-chested by the pool.

"It's definitely an unusual situation for me but I feel proud the fans believe in me.

"I get goosebumps just thinking about the hat-trick," added Lux, who plays his club football in Germany with SSV Ulm.

"It was a fantastic feeling -- awesome, amazing. It's given me more self-belief. I feel stronger, bigger. I didn't expect it, it was just a perfect day."

Lux still has some way to go to catch Cristiano Ronaldo's 152 million Instagram followers but a Kyrgyzstan official whispered conspiratorially: "girls love him back home."

The player himself hastily turned the conversation to Kyrgyzstan's clash with Asian Cups hosts the United Arab Emirates in Abu Dhabi on Monday.

"It will be a tough game but they have the pressure, we don't," said Lux, who revealed that Kyrgyzstan president Sooronbai Jeenbekov had delivered a rousing pep talk over the phone before their last game.

"We can just play our football. We have nothing to lose."

For Kyrgyzstan -- hitherto better known for horseback wrestling, eagle hunting and dead goat polo -- simply reaching the Asian Cup was an astonishing achievement, given the parlous state of football in the former Soviet state.

But after finishing third behind South Korea and China in Group C to squeak through themselves, the Kyrgyz players are daring to dream.

"The whole country is behind us -- the president called us true patriots," he added. "We are a close-knit team and in football everything is possible. It's a dream, but we can win it. Why not?"