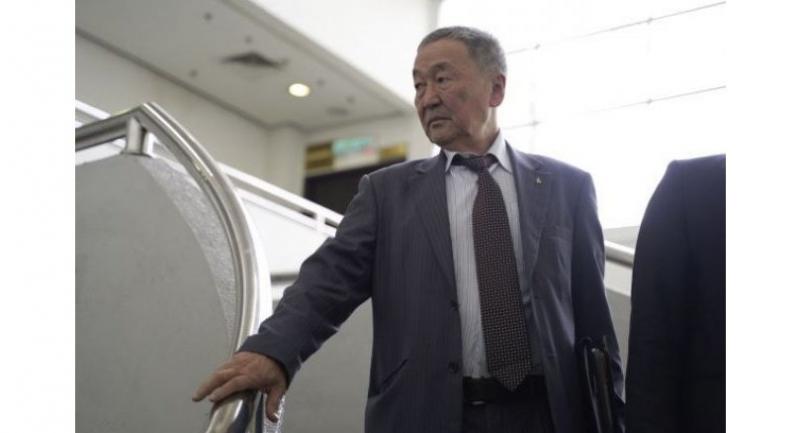 SHAH ALAM - Dr Shaariibuu Setev, the father of slain Mongolian Altantuya Shaariibuu, told the High Court here that his daughter had informed him that she wanted to meet a man known as "Razak" in Malaysia in 2006, according to Bernama.

Dr Shaariibuu, 69, who is a part-time professor at Mongolian National University, however, said he did not know which Razak that was meant by her daughter, whether it was "Najib Razak" (former prime minister Datuk Seri Najib Tun Razak) or "Razak Baginda" (political analyst Abdul Razak Baginda).

"All that she (Altantuya) told me was 'Razak'. I did not know which Razak -Najib Razak or Razak Baginda," he said when asked by his counsel Ramkarpal Singh at the hearing of a RM100mil suit.

The suit was filed by Dr Shaariibuu and his family against two former policemen, Azilah Hadri and Sirul Azhar Umar, Abdul Razak and the Malaysian government.

The witness said "Razak" came into the picture during a conversation with his daughter at his house, a day before she left for Malaysia.

Ramkarpal: Did you know how this 'Razak' look when your daughter told you about him?

Ramkarpal: Did you ask your daughter or did you try to find out who is 'Razak'?

Dr Shaariibuu: We had a conversation and during our conversation, she went to the toilet and her phone was ringing. Her bag was in front of me. I opened her bag and I saw a photo.

Asked by Ramkarpal what was in the photo that the plaintiff saw, Dr Shaariibuu said, "I asked her specifically who they are because my daughter was in the picture. She answered they were the people she wanted to meet in Malaysia."

Dr Shaariibuu said he later discovered flight tickets purchased by "Razak" for Altantuya dated March 23, 2005 and a receipt from Habib, dated March 4, 2005 for jewellery costing RM11,300 which was sold to "Abd Razak Abdullah".

"I also discovered a letter from Abdul Razak Baginda dated March 2, 2006 to the deceased paying her a sum of US$18,0000. The letter was not signed by him, but it was signed by the deceased in acknowledgement of receipt of the said funds," he said.

Earlier, Dr Shaariibuu told the court that he knew that his daughter had visited Malaysia in 2005 and 2006 but did not remember the month.

"I knew about it because she told me that she was going to Malaysia around that time. At that time, I did not ask her the reason for her travel to Malaysia, neither did she tell me.

"I do not know if that was her first trip to Malaysia. I knew she went again to Malaysia after she returned from Malaysia in August 2006."

Dr Shaariibuu said after August 2006, he knew Altantuya was going again to Malaysia when she called him over the phone to tell about the matter.

"She told me she was in a relationship with a 'big man' in Malaysia and his name was Baginda. She said the trip was important for her because she wanted to arrange the treatment for her son," he said.

However, Altanshagai Munkhtulga's name was later removed as a plaintiff as he died two years ago.

In the statement of claim, the family alleged that Altantuya's death had caused them mental shock and psychological trauma, entitling them to be compensated with exemplary and aggravated damages.