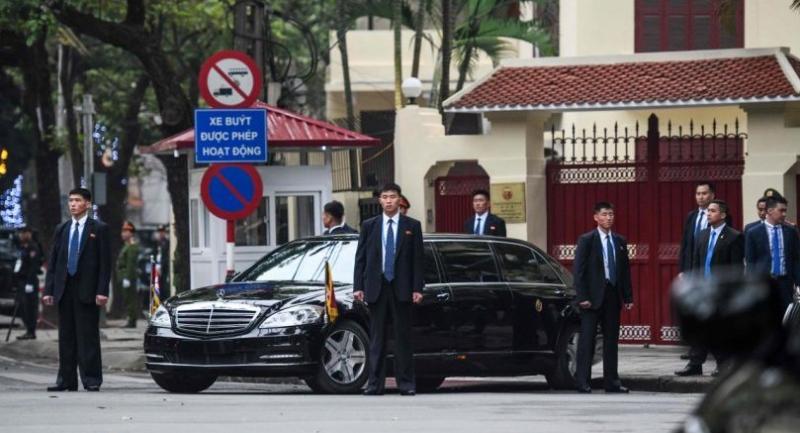 Hanoi - North Korean leader Kim Jong Un left the comfort of his luxury Hanoi hotel Tuesday to visit his embassy, hours after he arrived in Vietnam for his summit with US President Donald Trump.

A convoy of cars travelled the short distance from the Melia hotel to the embassy before Kim got out of his limousine and walked inside, accompanied by his sister Kim Yo Jong and other aides.

Before his first summit with Trump in Singapore, Kim went on a night-time tour of the city-state's top sights, including the Gardens by the Bay park and the Marina Bay Sands hotel, casino and convention centre.

Speculation has been rife about possible destinations for the North Korean leader in Vietnam, among them a Vietnamese car factory and possibly even a chip plant operated by South Korean electronics giant Samsung.

In the event journalists gathered outside the hotel saw the convoy leave before it pulled up just minutes later outside the embassy, with Kim's bodyguards jogging alongside his vehicle.

His sister got out of one of the first cars in the convoy so that she could welcome him at the gate of the yellow colonial-style building.

It is not the first time Kim has visited one of his embassies on his travels -- he dropped in to the North Korean mission in Beijing in June last year.