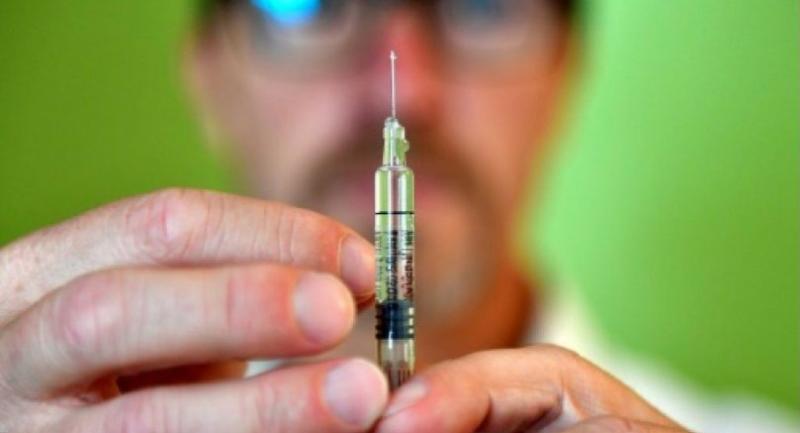 The World Health Organization on Monday launched a strategy to protect people worldwide over the next decade against the threat of influenza, warning that new pandemics are "inevitable".

Influenza epidemics, largely seasonal, affect around one billion people and kill hundreds of thousands annually, according to WHO, which describes it as one of the world's greatest public health challenges.
WHO's new strategy, for 2019 through 2030, aims to prevent seasonal influenza, control the virus's spread from animals to humans and prepare for the next pandemic, WHO said.
"The threat of pandemic influenza is ever-present," WHO chief Tedros Adhanom Ghebreyesus said in a statement.
The world has suffered through a number of devastating influenzas pandemics, including the Spanish Flu, which in 1918 killed tens of millions of people globally.
Three pandemics have occurred since -- in 1957, 1968 and in 2009 -- when the H1N1 swine flue pandemic claimed around 18,500 lives in 214 countries.
"Another influenza pandemic is inevitable," the UN health agency said, adding that "in this interconnected world, the question is not if we will have another pandemic, but when."
Launching the new strategy, the WHO chief stressed the need for vigilance and preparation.
"The cost of a major influenza outbreak will far outweigh the price of prevention," he said.
While pandemic preparedness is estimated to cost less than $1 per person per year, WHO said responding to a pandemic costs roughly 100 times that amount.
The new strategy called for every country to strengthen routine health programmes and to develop tailor-made influenza programmes that strengthen disease surveillance, response, prevention, control, and preparedness.

- Not prepared enough -
WHO recommends annual flu vaccines as the most effective way to prevent the spread of the disease, especially for healthcare workers and people at higher risk of influenza complications.
It also called for the development of more effective and more accessible vaccines and antiviral treatments.
Due to its mutating strains, vaccine formulas must be regularly updated and only offer limited protection currently.
But Martin Friede, WHO's vaccines coordinator, urged broader use of seasonal vaccines, which help protect vulnerable populations but also help prepare countries to rapidly deploy vaccines in the case of a pandemic.
"In a perfect world, everyone would be vaccinated," Friede told reporters in Geneva.
Tedros said progress in recent years had made the world better prepared than ever for the next big influenza outbreak.
"But we are still not prepared enough. This strategy aims to get us to that point," he said.
WHO said it would expand partnerships to increase research, innovation and availability of new and improved vaccines and other tools to fight influenza.
It insisted its new strategy would also have benefits beyond the fight against influenza, since it would also increase detection of other infectuous diseases, including Ebola.