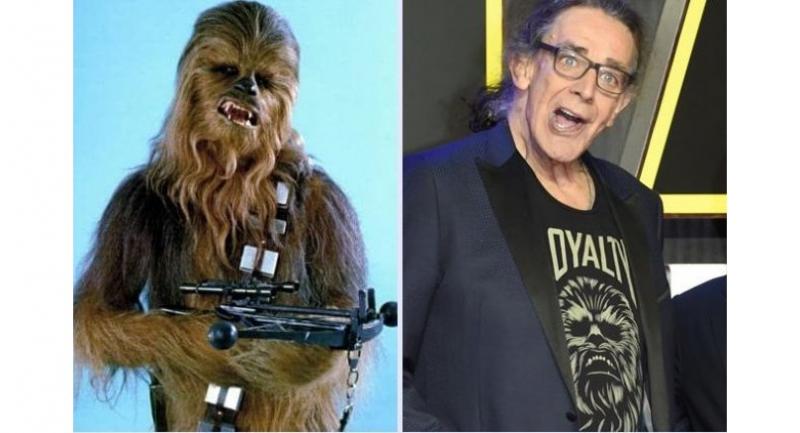 Los Angeles - Actor Peter Mayhew, who won over fans worldwide as the Wookiee warrior Chewbacca in the blockbuster "Star Wars" movies, has died at the age of 74, his family announced on Thursday.

Mayhew died on Tuesday at his home in Texas, surrounded by loved ones, the family said in a statement released on the actor's Twitter account.

"He put his heart and soul into the role of Chewbacca and it showed in every frame of the films from his knock-kneed running, firing his bowcaster from the hip, his bright blue eyes, down to each subtle movement of his head and mouth," the statement said.

"But, to him, the Star Wars family meant so much more than a role in a film. The relationships that began then grew into the friends and family that he would love for decades to come."

The towering British-born actor, who was the son of a policeman, measured seven feet three inches (2.21 meters) and was working as a hospital attendant in London when he was discovered by film producer Charles Schneer.

He was first cast in the film "Sinbad and the Eye of the Tiger," in an uncredited role.

But he then was cast in the role that would define his career -- as the co-pilot and best friend of Han Solo (Harrison Ford) in the original "Star Wars" film released in 1977.

The role was unconventional to say the least -- a giant, hairy, 200-year-old humanoid from the planet Kashyyyk.

Mayhew once joked at a fan convention in 2013 that all he had to do when auditioning for the role of "Chewie" -- as the beloved character -- was to show his height.

"In George's office, he had a sofa," he said, referring to "Star Wars" creator George Lucas. "So I sat down on the sofa waiting for him to come in through the door. He and (producer) Gary Kurtz walked in.

"I did the natural thing, I stood up," he added. "Basically, that was the interview. He turned to Gary and said, 'I think we've found him'."

Chewbacca communicated in roars and growls, but Mayhew did not provide the vocals -- those signature noises came from a sound engineer.

Mayhew's family said he had "fought his way back from being wheelchair-bound to stand tall and portray Chewbacca once more in 'Star Wars: The Force Awakens'," which was released in 2015.

He then worked to coach his successor in the role, Joonas Suotamo, the family statement said.

As news of Mayhew's death became public, tributes began to pour in on social media, including from several of his "Star Wars" co-stars and Lucas himself.

Ford, who piloted the legendary Millennium Falcon with Chewie at his side, paid tribute to the "wit and grace" Mayhew brought to his "Star Wars" character.

"We were partners in film and friends for over 30 years and I loved him," the actor said in a statement.

"He invested his soul in the character and brought great pleasure to the Star Wars audience. Chewbacca was an important part of the success of the films we made together."

Mark Hamill, who portrayed Luke Skywalker in the iconic films, described Mayhew as the "gentlest of giants -- A big man with an even bigger heart who never failed to make me smile & a loyal friend who I loved dearly."

Lucas, in a statement to US media, said Mayhew "was the closest any human being could be to a Wookiee: big heart, gentle nature... and I learned to always let him win."

Suotamo thanked Mayhew for his "tutelage and kindness as we sought to bring Chewbacca to life for a new generation," adding: "Rest assured his legacy will live on."

Mayhew effectively made "Star Wars" his career. Other than the films, he made guest appearances as the character, notably on "The Muppet Show" and musical comedy series "Glee." He had very few roles outside the franchise.

The actor is survived by his wife Angie and three children.

The family said a memorial service would be held on June 29. A separate memorial for fans will take place in early December in Los Angeles at "Star Wars" convention Empire Con.