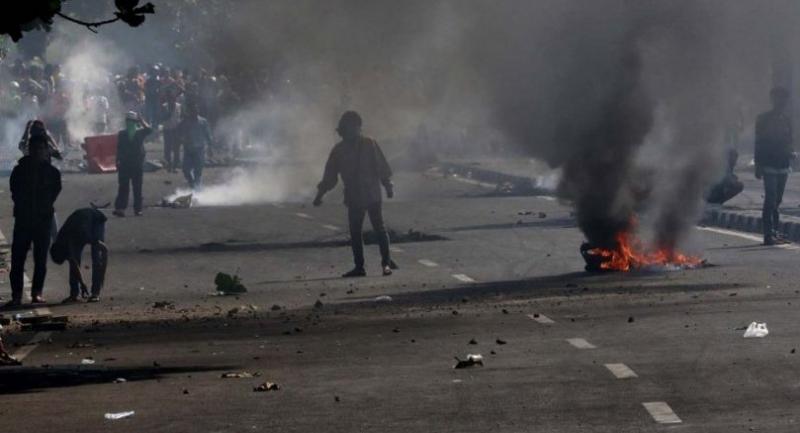 A local independent journalists association is condemning violence committed against journalists during post-election riots in Jakarta.

The police and protesters allegedly forcefully held back the journalists, confiscated their devices and forced them to delete pictures and videos.

The head of the Alliance of Independent Journalists (AJI) in Jakarta, Asnil Bambani, lambasted the police and protesters.

“We condemn the violent acts against journalists and the hampering of the journalists' work,” Asnil said through a written statement received by The Jakarta Post on Friday.

According to Asnil, their acts violated Article 18 of Law No. 40/1999 on the press, which states that those who intentionally interfere with journalists’ work are subject to two years' imprisonment and Rp 500 million (US$34,800) in fines.

“We urge the public and the police to respect and support press freedom without intimidating and interfering with their work,” he added.