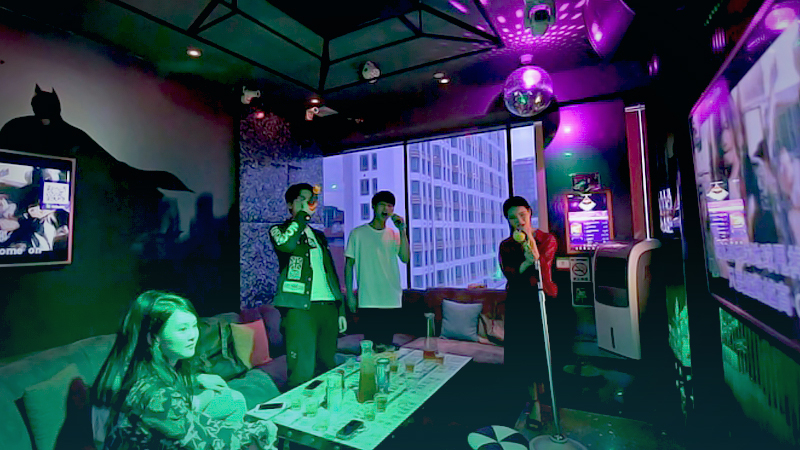 SINGAPORE - Those hankering for a night out at karaoke outlets and nightclubs will have to wait, as pilot plans to allow for a limited number of nightlife establishments to open have been paused.

The Ministry of Trade and Industry (MTI) and the Ministry of Home Affairs (MHA) announced on Tuesday (Jan 19) that to prevent the formation of Covid-19 clusters in high-risk settings, and to minimise risk of further community transmission, plans to reopen nightclubs and karaoke outlets specifically will be deferred until further notice.

Three bars and pubs under a similar pilot will be allowed to continue to operate for now.

"We have seen an increase in the number of community cases in Singapore recently, of which some cases are currently unlinked and under investigation," said the ministries in a joint media statement.

The ministries added that nightclubs and karaoke outlets might be considered high-risk settings, with people coming into close contact for prolonged periods and in enclosed spaces.

"It is uncertain when the pilot may be able to commence, given the dynamic public health situation. Agencies will review the commencement of the pilots at a suitable juncture," the ministries added.

"We are working with the operators who were shortlisted for the pilot on the next steps for their businesses, and assisting them individually."

It was initially announced on Nov 6 last year that the Government would be running small-scale pilots for the nightlife industry to allow a limited number of nightlife outlets - including bars, pubs, nightclubs, discotheques and karaoke establishments - to reopen with stringent safe management measures.

Nightlife business associations were invited to nominate suitable nightclubs and karaoke outlets for the pilots, which was initially set to kick off this month.

Under this pilot programme for nightclubs and karaoke establishments, only local residents and those with work passes would be able to enter the locations, and only upon showing proof of having taken a Covid-19 test in the last 24 hours.

Clubs were also supposed to limit the capacity to 100 people, with separate dancing and dining zones that can hold 50 people each. Customers would also have to wear masks on the dance floor, and stay 2m apart from other groups, as indicated by floor markings and physical barriers.

It was also reported last November that under the pilot, karaoke establishments would be allowed to have groups of up to five people within enclosed rooms that must be cleaned, disinfected and aired for 15 minutes between groups.

Commenting on the pushback of the pilots to reopen nightclubs and karaoke outlets, Mr Nasen Thiagarajan, vice-president of the Singapore Nightlife Business Association (SNBA), said: "The recovery of nightlife business continues to remain slow and muted.

"While it is a setback to our operators who had put in their resources to make their outlet ready for the pilot, we understand the rationale and intention of the authorities in delaying the programme."

Mr Thiagarajan, who is also chairperson of the SNBA pilot committee and CEO of Harry's International, added that the association  would continue to engage the agencies and authorities, as well as with nightlife operators to move forward.

"While it remains uncertain on the resumption of the pilot programme for clubs and discotheques, SNBA would like to suggest to the affected pilot operators to review their available options - be it to pivot, or exit - and contact us for assistance on the next step forward," he said.

Nightclub patrons also responded to  news of the deferred pilot announcement with disappointment, but said they understood the rationale behind the delay.

"I'm sure many of us were looking forward to being able to enjoy a night out at clubs occasionally, but with the uptick in community cases, adopting a wait-and-see approach where clubs are concerned might be best for now," said Mr Justin Hwang, 37, who works as a management consultant.

But others said that they were worried about the state of the nightlife industry if pilot plans continued to be delayed.

"I thought that the safe management measures in place at karaoke joints and nightclubs were more than sufficient to prevent the spread of Covid-19. I hope erring too much on the side of caution won't end up killing the nightlife industry entirely," said Mr Tejas Suresh Gadhave, 35, who works in finance.

Meanwhile, the pilot for bars and pubs started on Dec 8, 2020, with three outlets - Bell Bar at Cuppage Plaza, Skinny's Lounge at Boat Quay, and Bar Kiharu at Orchard Plaza - having been selected from six nominations fielded by nightlife business associations such as the SNBA and Singapore River One.

These outlets will be allowed to continue for now, but the agencies have said they will monitor the situation closely, and will work with the operators to tighten safe management measures where necessary to safeguard public health.

Tuesday's announcement puts the brakes on what could have been a possible resumption of some nightlife businesses since the closure of nightlife venues like clubs, karaoke joints and bars without food licences in early 2020, which saw such businesses crippled and going out of business.

In the first six months of 2020 alone, 59 nightclubs, discotheques, dance clubs and karaoke outlets wound up, according to the Accounting and Corporate Regulatory Authority.