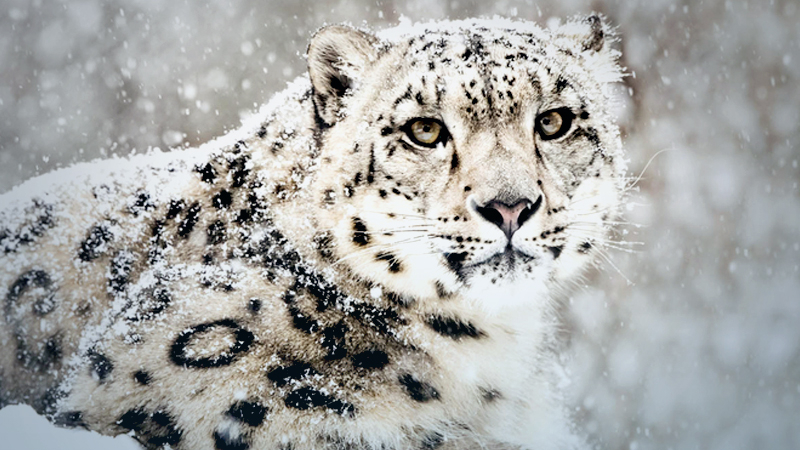 The NCF and wildlife wing collaborated in the effort and it took three years to complete the assessment, which will also serve as a robust baseline for the Wildlife wing for long term monitoring of the snow leopard landscape.

Himachal Pradesh has become the country’s first state to complete the assessment of snow leopards and its prey.

The assessment of snow leopard population has been completed by the HP wildlife wing in collaboration with the Nature Conservation Foundation (NCF), Bangalore, following the protocol aligning with the SPAI (Snow Leopard Population Assessment in India) Protocols of the Ministry of Environment, Forests and Climate Change.

HP Forest Minister Rakesh Pathania said it is the first scientifically robust estimate of snow leopards and its prey for the state. Since snow leopard is the state animal, the study assumes great significance for Himachal Pradesh.

The state has an estimated population of up to 73 snow leopards. Pathania congratulated the wildlife wing for this achievement and said that such long-term studies could prove very useful in detecting the effects of conservation at the ground level and Himachal Pradesh could also be an example for other states. He said that the exercise revealed that snow leopard density ranged from 0.08 to 0.37 individuals per 100 per square kilometre, with the trans-Himalayan regions of Spiti, Pin valley and upper Kinnaur recording the highest densities, both the predator and its prey, mainly ibex and blue sheep.

This study covered the entire potential snow leopard habitat of Himachal Pradesh: an area of 26,112 square kilometre, utilising a stratified sampling design. Camera trapping surveys were conducted at 10 sites to representatively sample all the strata i.e. high, low and unknown.

The camera trap deployment over the mountainous terrains was led by a team of eight local youth of Kibber village and more than 70 frontline staff of HPFD were trained in this technique as part of the project. Snow leopards were detected at all the 10 sites (Bhaga, Chandra, Bharmour, Kullu, Miyar, Pin, Baspa, Tabo, Hangrang & Spiti) suggesting that snow leopards are found in the entire snow leopard habitat in Himachal Pradesh either as resident individuals of a population or as dispersing individuals navigating through these connecting habitats.

Another revelation from the study is that a bulk of snow leopard occurrence is outside protected areas, reiterating the fact that local communities are the strongest allies for conservation in snow leopard landscapes.

The NCF and wildlife wing collaborated in the effort and it took three years to complete the assessment, which will also serve as a robust baseline for the Wildlife wing for long term monitoring of the snow leopard landscape.

The Forest Minister said that the results provide a robust baseline for wildlife wing to set up a long term monitoring project to track the population of snow leopards and its wild prey species in the state.