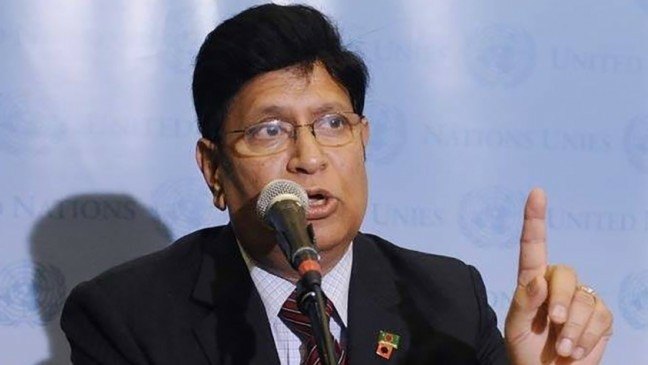 Myanmar has written to Bangladesh through the Ambassador in Yangon, explaining why the military took over on February 1.

The current interim government conveyed that some 10.4 million fake votes were cast in the national election held in November last year.

"We got a letter. They gave the letter to our Ambassador," said Foreign Minister Dr AK Abdul Momen, sharing the updates with reporters after attending a function today.

After the takeover, the new military administration in Myanmar has reached out to Rohingyas in Rakhine State which is seen as the military junta's "desire to gradually bring back normalcy" in the Rakhine state, giving confidence to Rohingyas for voluntary repatriation. "These are good news. It's a good beginning," Momen said.

"Whatever may be the military's new approach and policy on Rohingya and Rakhine issues, it'll take time to get a shape," a diplomatic source told UNB.