BEIJING - China's Tianwen 1 probe successfully entered the orbit around Mars on Wednesday after a nearly seven-month voyage from Earth.

A 3000N engine was ignited at 7:52 pm (Beijing time) to decelerate Tianwen 1, according to the China National Space Administration (CNSA).

After about 15 minutes, the spacecraft, including an orbiter, a lander and a rover, had slowed enough to be captured by Mars' gravity and entered an elliptical orbit around the red planet, with its closest distance from the Martian surface at about 400 kilometers. It will take Tianwen 1 about 10 Earth days to complete one circle.

The development marks China's completion of a key step in its current Mars exploration program, which is designed to complete orbiting, landing and roving in one mission, said the CNSA.

After entering the Mars orbit, payloads aboard the orbiter, including cameras and various particle analyzers, will next start working and carry out surveys of the planet. 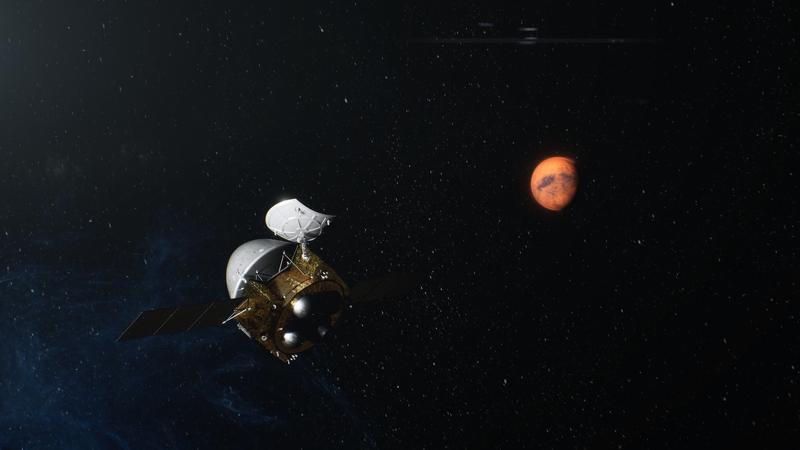 The 5-metric-ton probe has been traveling in space for 202 days. It has carried out four orbital corrections and a deep-space maneuver to make sure it was always precisely aimed at Mars.

It has flown 475 million km and was 192 million km from Earth when it reached the Mars orbit.

During its journey, the spacecraft conducted four midcourse corrections and a deep-space orbital maneuver to make sure it was always precisely aimed at Mars. 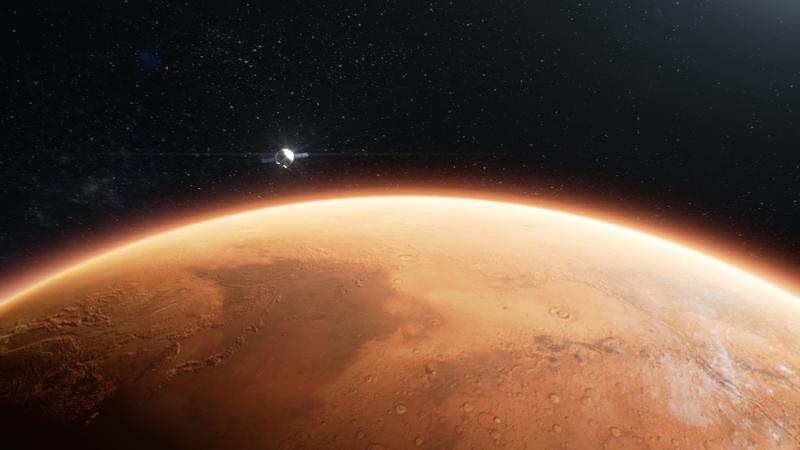 The Tianwen 1 mission's ultimate goal is to soft-land a rover around May and June on the southern part of Mars' Utopia Planitia - a large plain within Utopia, the largest recognized impact basin in the solar system - to conduct scientific surveys.

A steerable radio telescope with a 70-meter-diameter antenna in Wuqing District of northern China's Tianjin city is a key facility receiving scientific data sent back by the Mars probe. The one-way communication delay is about 10.7 minutes.

The space administration published on Friday a black-and-white picture of Mars taken by Tianwen 1 when the probe was about 2.2 million kilometers from the red planet, the first snapshot of the red planet from the Chinese craft.

Tianwen 1 is the world's 46th Mars exploration mission since October 1960, when the former Soviet Union launched the world's first Mars-bound spacecraft. Only 18 of those missions were successful.

Zhao Lei contributed to this report

Biden finds himself caught in politics of Catholic Church