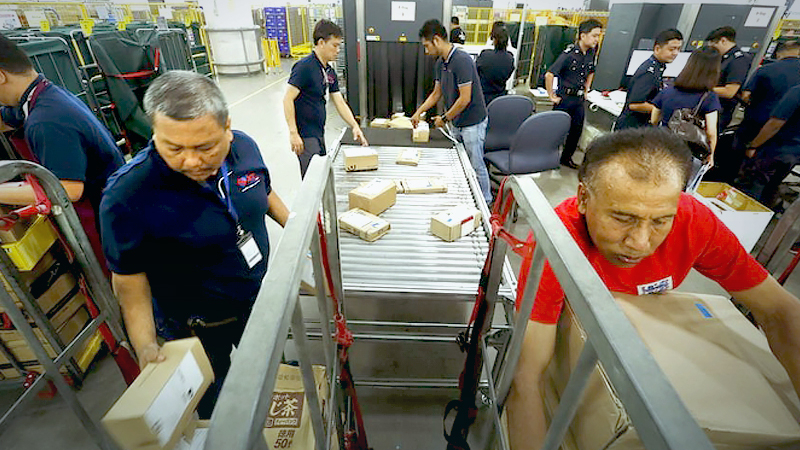 SINGAPORE - Low-value goods bought online and imported by air or post will be subject to the goods and services tax (GST) from Jan 1, 2023.

GST will also be extended to imported non-digital services for consumers, such as those involving live interactions with overseas providers of fitness training, counselling and tele-medicine.

Low-value goods that are worth $400 or less and imported via air or post are currently not subject to GST to facilitate clearance at the border, but the tax is paid on such goods bought here.

All goods imported via land or sea are already taxed, regardless of value.

DPM Heng said: "One aspect of a fair and resilient tax system is ensuring a level playing field for our local businesses vis-a-vis their overseas counterparts. This is especially relevant, as e-commerce for sales of goods and services is growing."

He noted that other jurisdictions such as Australia, New Zealand and the European Union have already implemented or announced plans to put in place the equivalent of GST on such goods.

"Overseas suppliers of goods and services will be subject to the same GST treatment as local suppliers," he added.

This new taxation will be effected through the Overseas Vendor Registration regime, which requires overseas suppliers and electronic marketplace operators that make significant sales of digital services to local consumers to register for GST.

These registered suppliers and operators will then charge GST on their sales of low-value goods that are delivered over air or post to local consumers.

Shoppers will have to pay the GST when they buy from these overseas suppliers, just as they will be charged when they buy such items from local businesses.

Meanwhile, local GST-registered businesses here will have to self-account for GST when they import such goods as well and pay the tax.

GST was already extended to cover all imported digital services in Budget 2018 and kicked off from Jan 1 last year.

These include video and music streaming services, apps, software and online subscription fees.