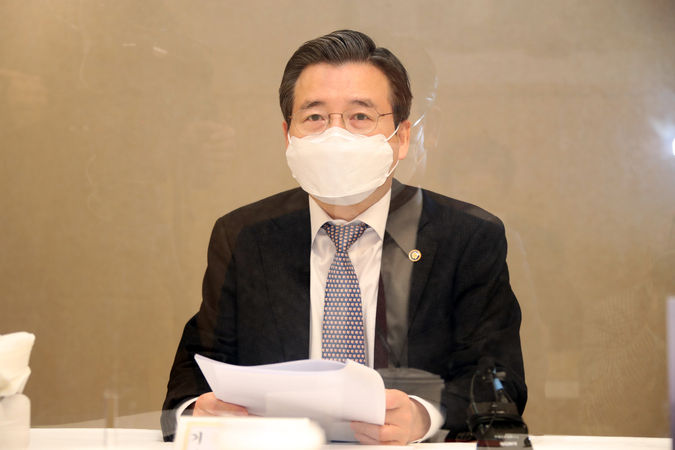 Contactless, airport check-in systems will be set up across the country by next year, South Korea’s Vice Finance Minister said on Friday, in a bit to digitalize the nation’s social infrastructure.

“By 2022, (the government) will implement a contactless check-in system at 15 airports across the nation, which automatically confirms identification of passengers via biometric data, in order to increase convenience of residents using local airports,” Vice Finance Minister Kim Yong-beom said in a meeting with economic officials to discuss policy drives for the Korean New Deal initiative.

In addition, authorities are preparing to implement a high-tech traffic management system, known as the Intelligent Transport System, in a nationwide rollout by 2025. It notifies drivers of accident-related information, such as traffic conditions or where drivers have braked abruptly, in real time through smartphones or other electronic devices in vehicles, according to the Ministry of Economy and Finance.

Kim also noted that prices of agricultural goods continued to show an upward trend due to a supply shortage, vowing to encourage local food companies to expand their imports of farm products by reducing import tariffs.

Prices of agricultural products surged by 7.9 percent on-year, the fastest pace since August 2018, mainly due to cold spells and the outbreak of avian influenza, according to data from the Bank of Korea.

“Not only prices of agricultural products but also those of raw materials, including crude oil and nonferrous metal, have continued to rise,“ Kim said. “(The government) will step up monitoring price trends and come up with countermeasures against price increases, if needed.”