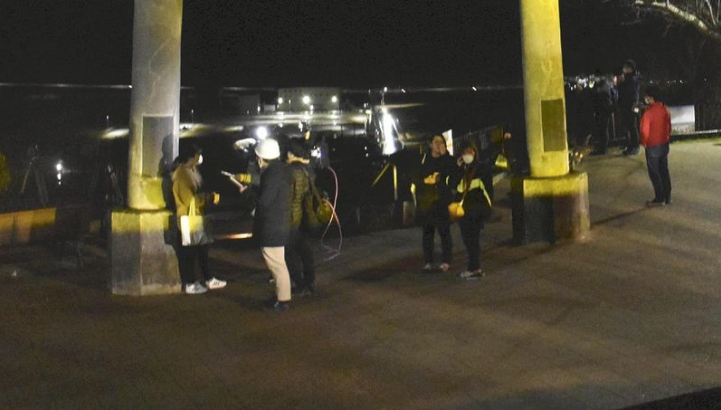 According to the Japan Meteorological Agency, the earthquake’s focus was 59 kilometers deep, and it occurred off Miyagi Prefecture at around 6:09 p.m. Tremblors measuring an upper 5 on the Japanese seismic intensity scale of 7 were felt in Miyagino Ward, Sendai; Ishinomaki; and other parts of the prefecture. A lower 5 was recorded in Ofunato and Ichinoseki in Iwate Prefecture as well as Kesennuma and Minami-Sanriku in Miyagi Prefecture.

A tsunami advisory was issued.

According to Tohoku Electric Power Network Co., about 200 households in Miyagi Prefecture were hit by power outages as of 6:30 p.m.