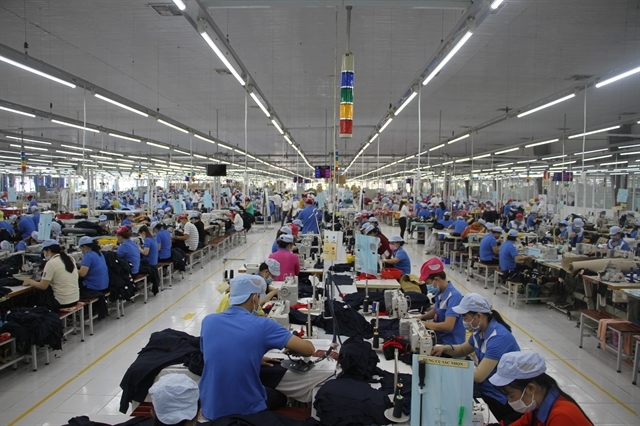 HÀ NỘI — About 9.1 million people in Việt Nam had their employment status negatively impacted by the COVID-19 pandemic in the first quarter of this year, with workers in the service sector worst affected, according to the General Statistics Office of Việt Nam (GSO).

The office on Friday published a report on the impacts of COVID-19 on the Vietnamese labour market in January, February and March.

More than one in five workers in the service sector reported negative impacts from the pandemic in the first quarter, while those in the agriculture, forestry and fisheries sector were least affected, with just 7.5 per cent of workers reporting negative impacts.

In total, almost 9.1 million people lost their jobs, had to take time off work, or saw their working hours reduced.

They include 540,000 labourers who lost their jobs and 2.8 million who had their work suspended due to interrupted production, said Phạm Hoài Nam, director of GSO’s Population and Labour Statistics Department.

As many as 3.1 million said they faced reduced working hours or had to take time off work.

About 6.5 million of the 9.1 million saw their incomes reduced and labourers in urban areas suffered more than those in rural areas, with 15.6 per cent of workers in the cities affected compared to 10.4 per cent in rural areas.

Việt Nam had 51 million labourers from the age of 15 in the first quarter of 2021, down by 1.1 million compared to the previous quarter and 180,900 compared to the same period last year, according to the report.

Nam said it was common for the number of labourers to increase year on year as the population expands, but this year recorded an unusual trend in which the labour force in the first quarter downsized compared to the same periods in 2020 and 2019.

This was likely due to the pandemic’s resurgence before the Tet (Lunar New Year) holiday in late January, he said.

The average monthly income of labourers reached VNĐ6.3 million (US$274) in the first quarter, a slight increase of VNĐ339,000 ($14.7) compared to the previous quarter.

Men have an average monthly income of VNĐ7.3 million, higher than women at VNĐ5.2million.

Labourers in urban areas have incomes 1.5 times higher than those in rural areas at VNĐ7.9 million compared to VNĐ5.4 million.

On the bright side, the report said the pandemic had changed working habits and encouraged more use of IT.

More than 78,000 people said they had started applying IT in their work in the first quarter.

“The statistics on the employment situation in the first quarter of 2021 reflect the difficulties and fluctuations of the economy and the labour market of Việt Nam in recent years.

“These difficulties represent a huge challenge to the Government's efforts to achieve the dual goals of developing the economy and recovering from the pandemic," Nam said.

In the context of unpredictable trends in the labour market, the GSO proposed issuing vaccine passports and preparing to resume tourism to offer more jobs and take advantage of the potential of Vietnamese labourers.

Nam said Việt Nam still had 3.5 million workers in the agricultural sector who make products for themselves and their families. About 93.5 per cent of these self-employed workers do not have any professional or technical qualifications.

Those people need to be given more incentives to attract them to the official labour market to improve their livelihoods and labour productivity for the society, Nam said. — VNS