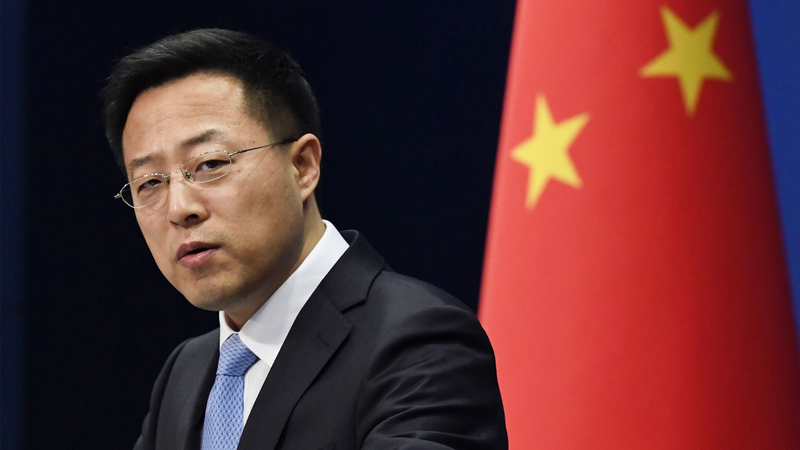 "We urge the US and Japan to take China's concern seriously, abide by the one-China principle, and immediately stop meddling in China's domestic affairs and harming Chinese interests," a Chinese foreign ministry spokesperson said in a statement. "China will take all necessary measures to resolutely defend its sovereignty, security and development interests."

The spokesperson made the remarks when asked to comment on a US-Japan joint leaders' statement, which was released after their meeting, expressing concern over issues relating to Taiwan, the Diaoyu Islands, Hong Kong, Xinjiang and the South China Sea.

The spokesperson said that Taiwan and the Diaoyu Islands are both Chinese territory, adding that issues relating to Hong Kong and Xinjiang are purely China's internal affairs, and China has indisputable sovereignty over islands in the South China Sea and waters around them.

"China deplores and rejects it. We have stated our solemn position to the US and Japan through the diplomatic channel," said the spokesperson.

The US and Japan are actually ganging up to form cliques and fanning bloc confrontation while talking about "free and open," the spokesperson said. "This anachronistic move runs counter to the aspiration for peace, development and cooperation shared by the overwhelming majority of countries in the region and beyond."

It will only enable the world to see with increasing clarity the detrimental nature of the US-Japan alliance, which attempts to undermine regional peace and stability, the spokesperson said.