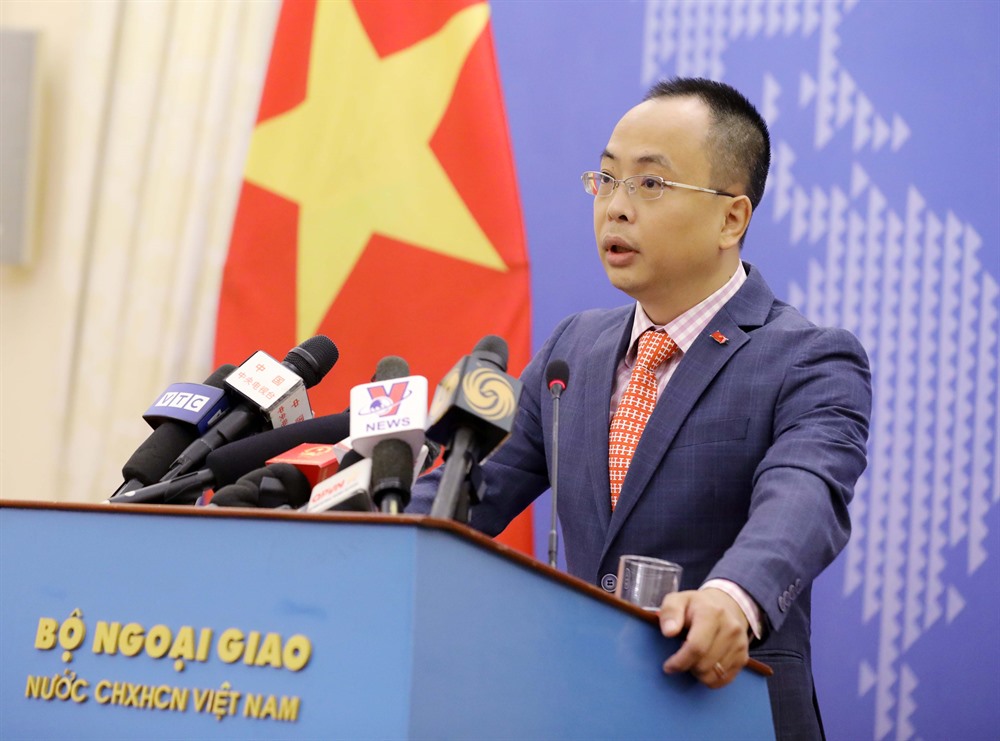 Replying to a question about reports the Chinese coastguard declared it will guarantee the enforcement of the fishing ban that will take effect on May 1, 2021, on the sea area covering part of the Gulf of Tonkin and Việt Nam’s Hoàng Sa (Paracel) archipelago, the vice spokesperson reiterated that Việt Nam has sufficient legal grounds and historical evidence testifying to its sovereignty over Hoàng Sa and Trường Sa (Spratly) archipelagos, as well as its legal rights towards sea areas identified in line with the 1982 United Nations Convention on the Law of the Sea (UNCLOS).

Việt Nam holds that measures to preserve creature resources need to be implemented in conformity with regulations of the 1982 UNCLOS and must not harm the sovereign right and jurisdiction at sea of other related states, according to Việt.

He stressed that Việt Nam objects to and resolutely rejects this unilateral decision by the Chinese side, which has violated Việt Nam’s sovereignty over Hoàng Sa archipelago; infringed international law, including the 1982 UNCLOS; run counter to the spirit and wording of the Declaration on the Conduct of Parties in the East Sea (DOC); and gone against the agreement on basic principles guiding the settlement of sea-related issues between Việt Nam and China.

Regarding the information that the Vietnamese maritime militia force operating near Hainan archipelago and Việt Nam’s Hoàng Sa and Trường Sa archipelagos has threatened the maritime law enforcement and security-defence forces of China, the vice spokesperson noted: “We refute the incorrect information about the marine self-defence militia force of Việt Nam.”

The marine self-defence militias and other authorised forces working at sea absolutely comply with Vietnamese laws and international law, especially the 1982 UNCLOS, the vice spokesperson emphasised.

He again declared that any act harming Việt Nam’s sovereignty over the two archipelagos in the East Sea, as well as the country’s sovereignty, sovereign right, and jurisdiction over its sea areas is valueless and not recognised, and Việt Nam resolutely objects to such acts. — VNS