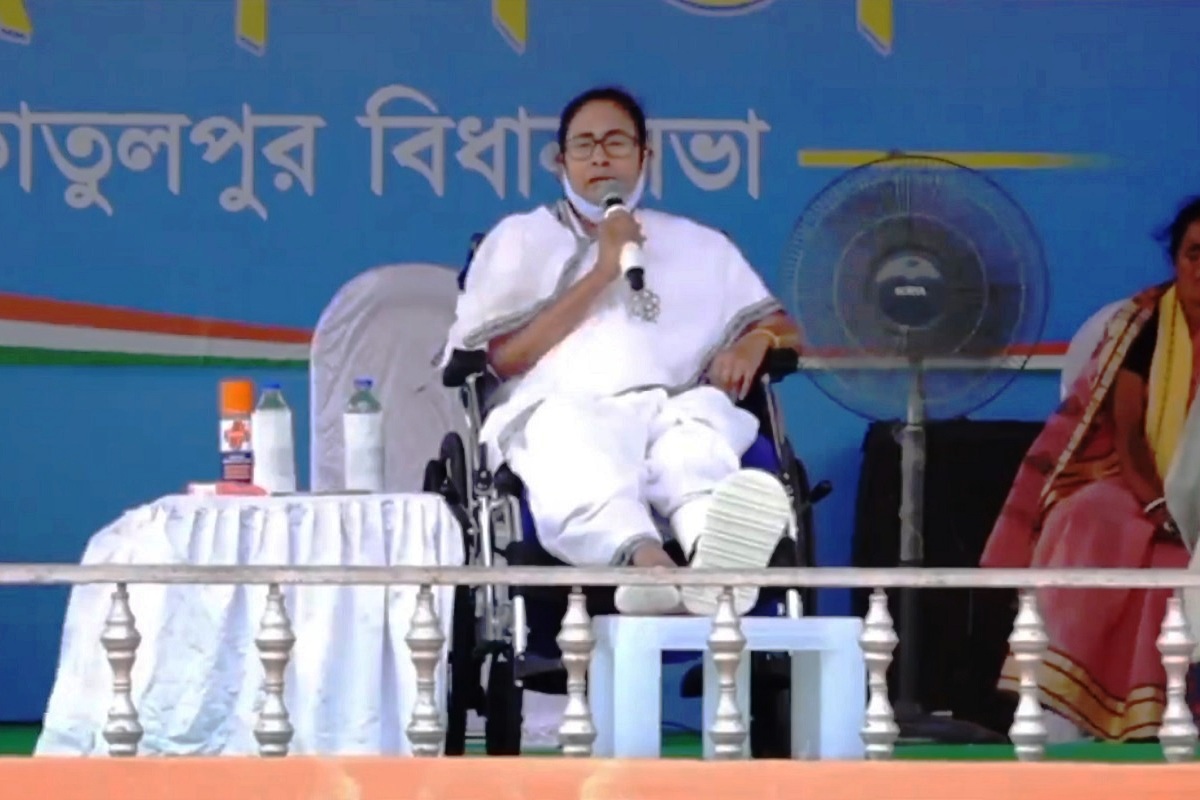 The battle for Nandigram in the West Bengal Assembly Elections is still not over. Even though much of the national media has declared Mamata as the winner in Nandigram, more conflicting reports are coming in disputing the news.

BJP IT cell head Amit Malviya has tweeted that Mamata Banerjee has lost the Nandigram seat to BJP’s Suvendu Adhikari by 1,622 votes.

“Mamata Banerjee, the sitting Chief Minister, loses Nandigram. BJP’s Suvendu Adhikari wins by 1,622 votes. After this crushing defeat what moral authority will Mamata Banerjee have to retain her Chief Ministership? Her defeat is a taint on TMC’s victory…” Malviya tweeted.

As per the current EC trends, Suvendu Adhikari is leading, so far securing 62677 votes, and Mamata Banerjee trailing, winning 52815 votes.

Even Mamata in her press conference was unsure of her victory in Nandigram. “Don’t worry for Nandigram, for struggle you have to sacrifice something. I struggled for Nandigram because I fought a movement. It’s ok. Let the Nandigram people give whatever verdict they want, I accept that,” Banerjee said.

As the party is likely to form the government for the third time, Banerjee said that she was grateful to the people of Bengal for the landslide victory.

“We are grateful to the people for this landslide victory. I have to start working for COVID19 immediately. The swearing-in will be a low-key event because of the prevailing COVID19 situation,” Banerjee said.

“BJP has lost the elections. They played dirty politics. We faced the horror of Election Commission,” she added.

Further, she urged her workers to not take out victory processions.

“I appeal to all my workers to not take out any victory rally,” Banerjee said.

As per EC trends Trinamool Congress is now leading in 199 seats and has won 13 seats. Meanwhile, BJP is leading in 76 seats and as won 2 seats. If the current trend continues, TMC will easily breach the halfway mark.

Polling to 292 assembly seats was held in eight phases from March 27 to April 29. Voting in Shamsherganj and Jangipur seats in Murshidabad district was postponed due to the death of some candidates.

Polling in these two seats will now be held on May 16 and votes counted on May 19.

Counting of votes polled in the West Bengal assembly elections began at 8 am on Sunday under tight security and strict adherence to safety protocols, amid a raging second wave of COVID-19.