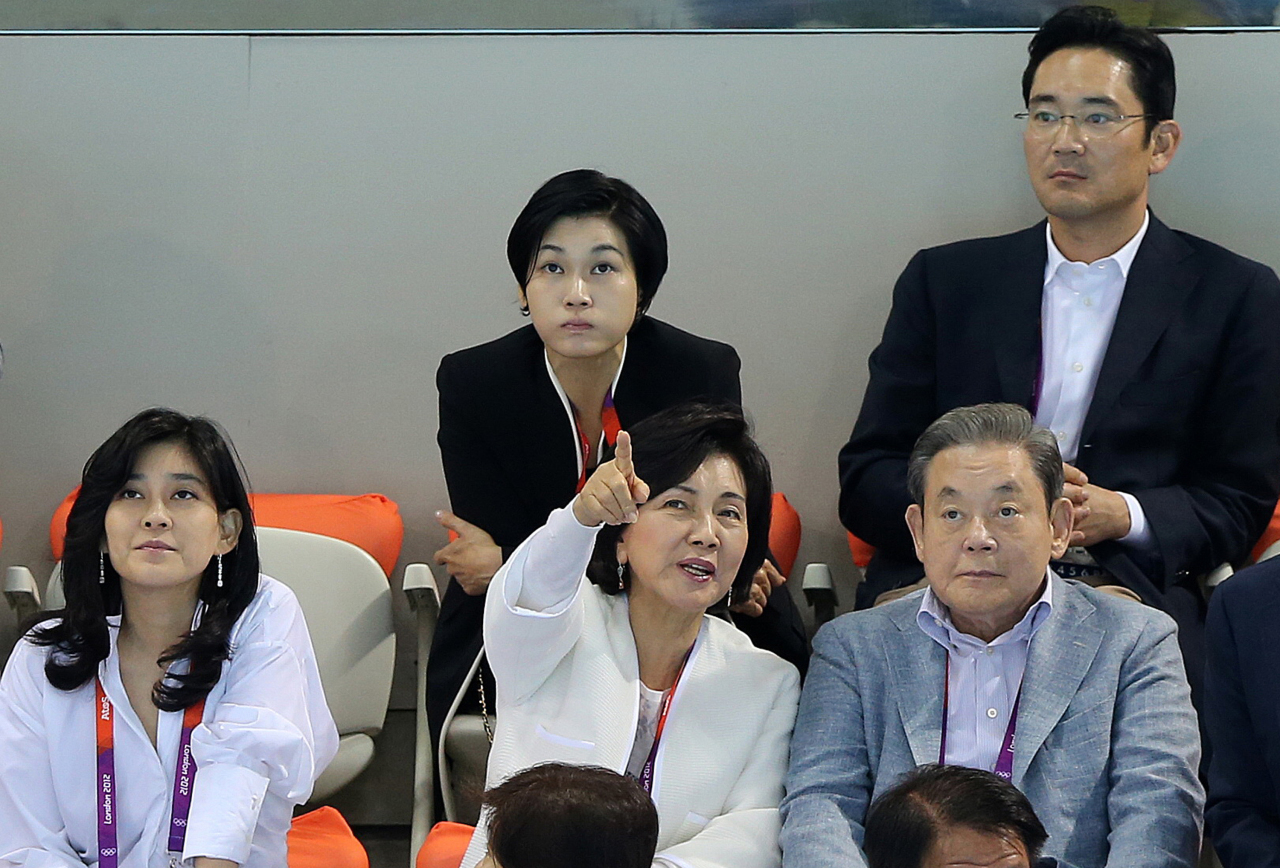 Lee Jae-yong, despite rising to helm of Samsung empire, faces continued imprisonment and another trial linked to succession

Samsung’s ownership family on Friday announced how the late group Chairman Lee Kun-hee’s Samsung stocks would be distributed among its members. Many local analysts saw it as the finale in a long, storied process of passing down control over the colossal corporate empire to the third-generation leader, Lee Jae-yong.

The junior Lee, the deceased’s only son who had run the group on behalf of his bedridden father since 2014, inherited half of his holdings in Samsung Life Insurance to become the firm’s second-largest shareholder with 10.44 percent.

Although the Samsung Life shares were not the most valuable in the late Lee’s equity portfolio, they were strategically important for the family’s continued equity control of the group as a whole.

The fact that Lee Jae-yong inherited half of the shares is widely seen as evidence that the family fully backs him as the group’s successor.

A Samsung official echoed the view, saying, “The inheritance ratio of Samsung Life shares seems to have reflected the family’s agreement to support the son as the leader of Samsung Electronics, helping him secure a solid management right.”

Experts say that with the increased stakes, the leader now has a tighter grip over the entire conglomerate, whose 50-plus affiliates account for roughly one-fifth of the South Korean economy.

“(The announced distribution of stocks among family members) does not change the current ownership structure, which centers around Samsung C&T, through which the family controls the conglomerate,” said Lee Sang-hun, an analyst at Hi Investment & Securities.

Although the family will have to pay massive inheritance taxes in the coming years -- 12 trillion won ($10.74 billion) in total -- Friday’s disclosure wraps up an effort nearly two decades in the making at Samsung to secure the hereditary succession of family wealth and management control.

South Korea’s inheritance tax rate is 50 percent, but rises to 60 percent when the inheritance benefits a company’s largest controlling stockholder, which the Korean Federation of Employers on Sunday said is the highest level seen among member nations of the Organization for Economic Cooperation and Development.

To avoid hefty tax bills, large family-run conglomerates in Korea, known as chaebol, take preparatory steps over the course of many years, in some cases decades.

At Samsung, it began in the late 1990s, when Lee Jae-yong, along with his two younger sisters, Lee Boo-jin and Lee Seo-hyun, acquired large stakes in two affiliates -- Samsung SDS and Samsung Everland -- through convertible bonds sold to them by the companies at prices well below fair market value.

As a result of their sale, their father received a suspended jail sentence in August 2009, only to be granted a pardon four months later.

Restructuring at the conglomerate that took place beginning in 2013 was seen as having the dual purpose of streamlining its business portfolio and smoothing the path for the junior Lee’s eventual ascension to power.

The highly controversial merger between Cheil Industries (formerly Samsung Everland, one of Lee Jae-yong’s two vehicles) and Samsung C&T in 2015 was a cornerstone of that effort, experts say.

The Samsung inheritance, and the long preparatory process that preceded the passing of Lee Kun-hee in October last year, was fraught with controversies and legal disputes.

Lee Jae-yong is currently serving a 2 1/2-year jail term for bribing former President Park Geun-hye to gain the state chief’s favor in the succession process. He will be jailed until July 2022, unless he is pardoned.

The tycoon is also standing a separate court trial concerning the 2015 merger and alleged accounting fraud at Samsung Biologics -- all seen as being linked to his ascension to control of the group.

The second hearing in his trial is scheduled this week.

While announcing the inheritance -- the largest in the country’s history -- the Lee family also announced massive donations, which included works by Pablo Picasso, Salvador Dali and Claude Monet, as well as 1 trillion won for infectious disease research. With the donations and inheritance taxes, the bereaved family is keeping less than half of what the late Lee left behind.