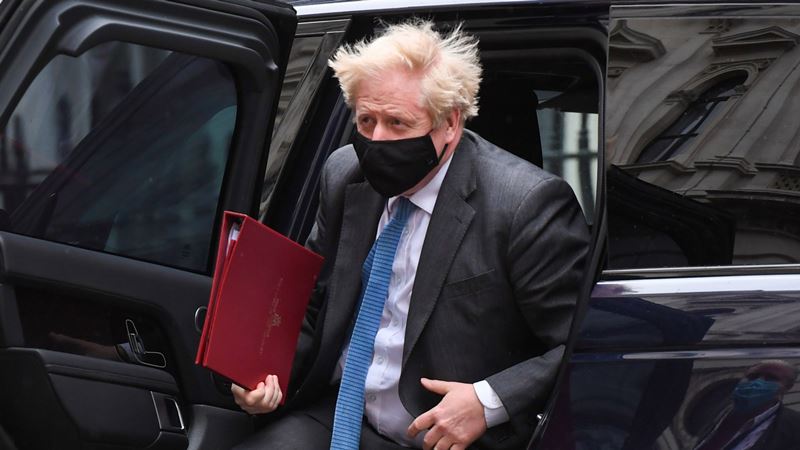 British Prime Minister Boris Johnson said coronavirus lockdown rules are set to be scrapped in seven weeks time, as he hailed the U.K.s successful vaccine rollout ahead of key elections this week.

On the campaign trail, Johnson said the pandemic data was likely to allow people in England to stay overnight with friends or relations, with indoor hospitality able to reopen from May 17.

Remaining social distancing rules are also likely to be canceled from June 21, he added, although he warned that international travel will need to be carefully monitored after May 17 to avoid reimporting the virus again.

The prime minister is making his case to millions of voters in England, Wales and Scotland who are taking part in elections on May 6. At stake is who gets to govern London and Scotland, as well as more than 140 local English districts. In Scotland, the prospect of a new referendum on independence from the rest of the U.K. hangs in the balance, depending on the result.

After a year on the back foot defending a pandemic strategy that delivered the worst death toll in Europe, Johnson has spent much of 2021 championing his government's success at rolling out vaccines faster than most other wealthy nations.

"With the vaccine rollout going the way that it is - we have done 50 million jabs as I speak to you today, quarter of the adult population, one in four, have had two jabs," the premier said on a visit to Hartlepool in northeastern England Monday. "You are seeing the results of that really starting to show up."

He said the next stage in the government's plan to gradually ease lockdown on May 17 was on track. "But it also looks to me as though we'll be able to say social distancing as we currently have to do it, the one-meter plus, I think we have got a good chance of being able to dispense with the one-meter plus from June 21."

Currently under "one-meter plus" guidelines, people are advised to maintain a distance of at least a meter from each other indoors, while wearing a face covering or taking other protective measures. Removing the rule could allow businesses and citizens to return to something closer to pre-pandemic normality.

But speaking on Tuesday, Trade Secretary Liz Truss urged people to hold off booking overseas holidays until the so-called travel task force issues its findings. The government has previously said non-essential travel will be allowed from May 17 at the earliest.

"The really important thing is that we don't move too fast and jeopardize the progress we've made, so people will have to wait a bit longer, I'm afraid, to be able to hear the news on exactly what's happening on the travel front," Truss told Sky News. "We need to be cautious and we need to make sure that we're not simply importing the virus after we've successfully dealt with it in Britain."

Thursday's elections take place against a difficult backdrop for Johnson. He's beset by questions over whether he broke rules in the way he funded the refurbishment of his official apartment, following weeks of negative headlines about his conduct and the actions of some of his senior ministers. On Sunday, a senior Tory said the premier would have to resign if he'd broken the rules.

"I know that people want to focus on trivia, but I'm focusing on the issues that matter," Johnson said Monday.