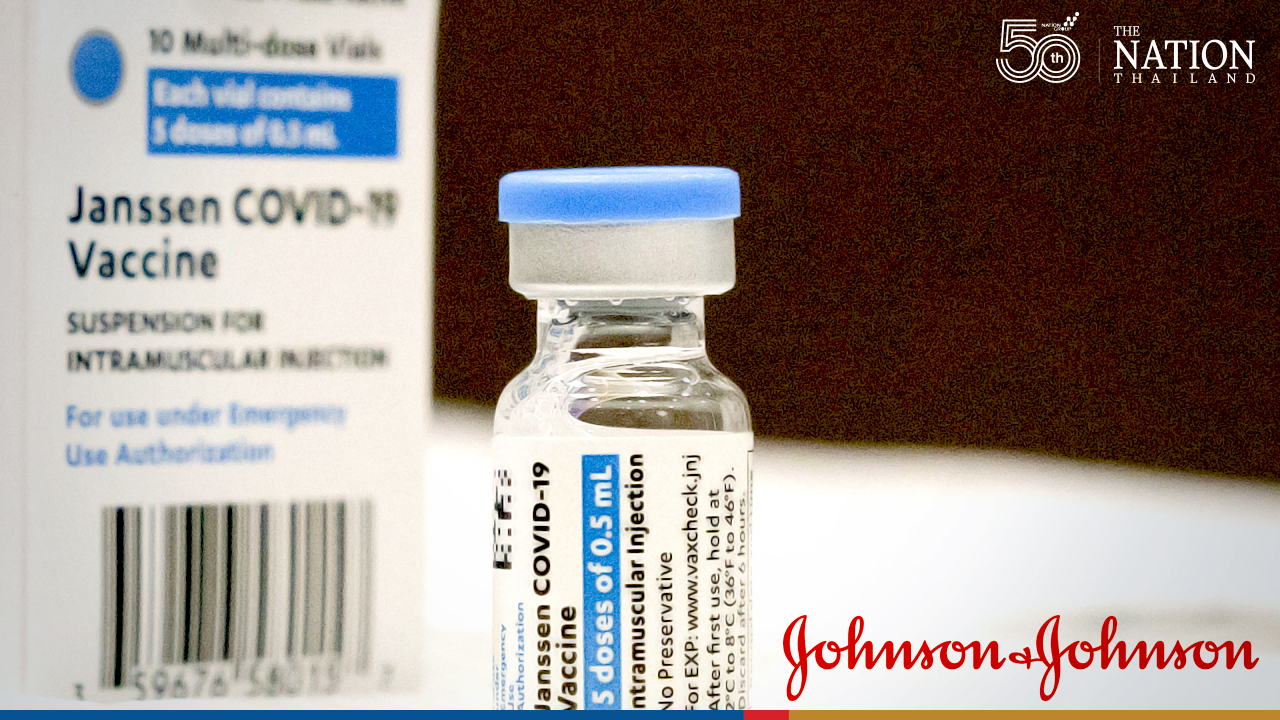 The disclosures by a House subcommittee on Wednesday raise questions about oversight by Johnson & Johnson as well as the Trump administration, which the newly released records show also knew of production risks at the Emergent BioSolutions facility.

While Emergent has received most of the blame for the manufacturing crisis, the documents show that Johnson & Johnson was aware of risks of contamination at the plant. It conducted a virtual audit of the facility over multiple days in June 2020. The audit report cited mold, inadequate gowning and wipe-down procedures, and "deficient" contamination-control measures.

Johnson & Johnson did not immediately respond to a request for comment Wednesday.

The New York Times previously disclosed that Johnson & Johnson made negative findings in the June 2020 audit, but the full document released by the committee contains previously unreported details.

Johnson & Johnson relied on Emergent as its only domestic manufacturer of coronavirus vaccine. The manufacturing shutdown at Emergent, triggered by a cross-contamination incident with the AstraZeneca vaccine in March and a subsequent Food and Drug Administration inspection that found a multitude of problems, has cut off supply in the United States of the single-shot vaccine.

Another report in June 2020 performed for the Trump administration by a consultant said Emergent's vaccine operations were put at significant risk by the need to rapidly add new workers and cited a lower-level risk associated with Emergent's "outdated" facilities.

The panel also released a detailed report by Emergent on how Johnson & Johnson discovered the contamination incident that ruined a huge amount of vaccine. The cross-contamination with a viral vector for AstraZeneca vaccine, which was being made in the same plant, was detected by Johnson & Johnson on March 5 in a batch of vaccine manufactured between Jan. 19 and Feb. 21, according to Emergent's report.

Emergent said the most probable route of contamination was during preparation of a growth media for the Johnson & Johnson vaccine, which came into contact with the "waste path" from an area used to make AstraZeneca vaccine.

Rep. James Clyburn, D-S.C., chairman of the select subcommittee on the coronavirus crisis, and Rep. Carolyn Maloney, D-N.Y., chairwoman of the House Committee on Oversight and Reform, launched an investigation April 19 and invited Emergent's CEO, Robert Kramer, and founder and executive chairman, Fuad El-Hibri, to testify.

"We have questions about why Emergent failed to take action to fix the manufacturing problems plaguing its plant-even after the company was warned that its poor practices led to a very real risk of contamination," Clyburn said in prepared opening remarks the virtual hearing.

He added later during questioning of Kramer, "We are trying to find some accountability for what we consider some egregious failures."

Clyburn and Maloney questioned why the company awarded top executives with bonuses in 2020, given the documented problems. "I have serious concerns that Emergent executives . . . appear to have wasted taxpayer dollars while lining their own pockets," Maloney said.

Kramer told the committee that Emergent was working with the FDA to get operations back on track.

"We have implemented an array of corrective steps," he said, including removing AstraZeneca production from the plant. "I apologize for the failure of our controls and I give you my personal assurance that I will take every step that is needed to resume production safely."

Kramer emphasized the high difficulty of manufacturing new vaccines in a matter of months. In attempting to make early batches of AstraZeneca vaccine in 2020, Kramer testified, Emergent had to make 80 changes in the production steps to correct problems, some of which resulted in spoiled batches.

Batches that do not meet specifications are fairly common in vaccine production, specialists have told The Washington Post, though cross-contamination of two vaccines ruining as much as 15 million doses is rare.

Emergent suspended production of the vaccine at the plant on April 19 at the request of the FDA and still lacks FDA manufacturing certification that would allow production to resume.

About 100 million doses made at the plant before the shutdown also are awaiting clearance by the FDA, Kramer said Wednesday.

An FDA inspection report last month cited unsanitary conditions at the plant and a lack of adherence to basic protocols intended to prevent contamination of the vaccine.

Weeks before, in January and February, Kramer sold $10 million of company stock, a move that has been cited in a shareholder lawsuit filed this month contending the company misled investors by not publicly disclosing problems at the facility. Emergent stock has lost more than half its value since February.

The Biden administration stopped shipping doses to states this week as new supplies ran dry. The 10 million shots administered in the United States to date have been imported from a Johnson & Johnson plant in the Netherlands.

In her questioning of Kramer, Maloney expressed outrage over the chain of events surrounding Emergent's response to 2020 audits and inspections finding contamination risks, and she asked whether the government got its money's worth from the company.

"Yes or no? Have we been able to use vaccine?" she demanded of Kramer.

"None of the vaccine that we have manufactured have been made available to the U.S.," Kramer said.

"But you have been able to sell stock. Were you aware of problems at the facility at the time you went out and sold your stock?" she said. "Instead of thinking of ways of addressing the company's contamination, you were thinking about ways to enrich yourself."

Kramer said later in his testimony that sales of his shares were made automatically, under a previously scheduled stock trading plan.

As a federal contractor specializing in biodefense and emergency response, Emergent's 2020 financial success was fueled in large part by a burst of federal spending to fight the coronavirus pandemic.

It received $628 million in a May 2020 federal contract from the Trump administration to upgrade and reserve capacity for government priorities. It also signed vaccine manufacturing agreements with Johnson & Johnson and AstraZeneca as those companies raced to develop and produce vaccines to fulfill government orders.

Two months before the Trump administration awarded the upgrade contract, an FDA inspector had found that employees at Emergent had not been properly trained, records were not adequately secured, established testing procedures were not being followed, and a measure intended to "prevent contamination or mix-ups" was deficient.

The staff report released Wednesday also raised questions about the role of a senior Trump official who oversaw $650 million in vaccine-related government contract awards for Emergent. Former assistant secretary of health and human services Robert Kadlec had previously served as a consultant for Emergent from 2012 to 2015, earning at least $360,000 in fees, the staff report said.

Kadlec determined that Emergent, a biodefense contractor for the government for years, had the experience and capacity to handle the job.

"This conclusion raises questions regarding whether Dr. Kadlec's office performed sufficient diligence before awarding the contract to Emergent," the staff report said.

Kadlec said in an interview Wednesday morning that his previous work as a consultant for Emergent did not influence his reviews of its 2020 contacts for the coronavirus vaccine. He said officials from President Donald Trump's Operation Warp Speed were involved in decision-making.

The Trump administration weighed the risks raised in the 2020 inspection reports about Emergent but had no alternatives for contract manufacturing of vaccines at the time, especially on an emergency basis, he said. Emergent is one of three Centers for Innovation in Advanced Development and Manufacturing designated by the government to respond to pandemic and biological and chemical threats. Ultimately, Merck emerged as willing to make the Johnson & Johnson vaccine, Kadlec said, a deal initiated in the Trump administration and completed by the Biden administration. That vaccine production is expected to begin later this year.

Kadlec added that the Trump administration knew there were risks associated with manufacturing the AstraZeneca vaccine and the Johnson & Johnson vaccine in the same Emergent plant.

"This was the best bad choice that we had," Kadlec said. "We didn't have a lot of good choices at the time."