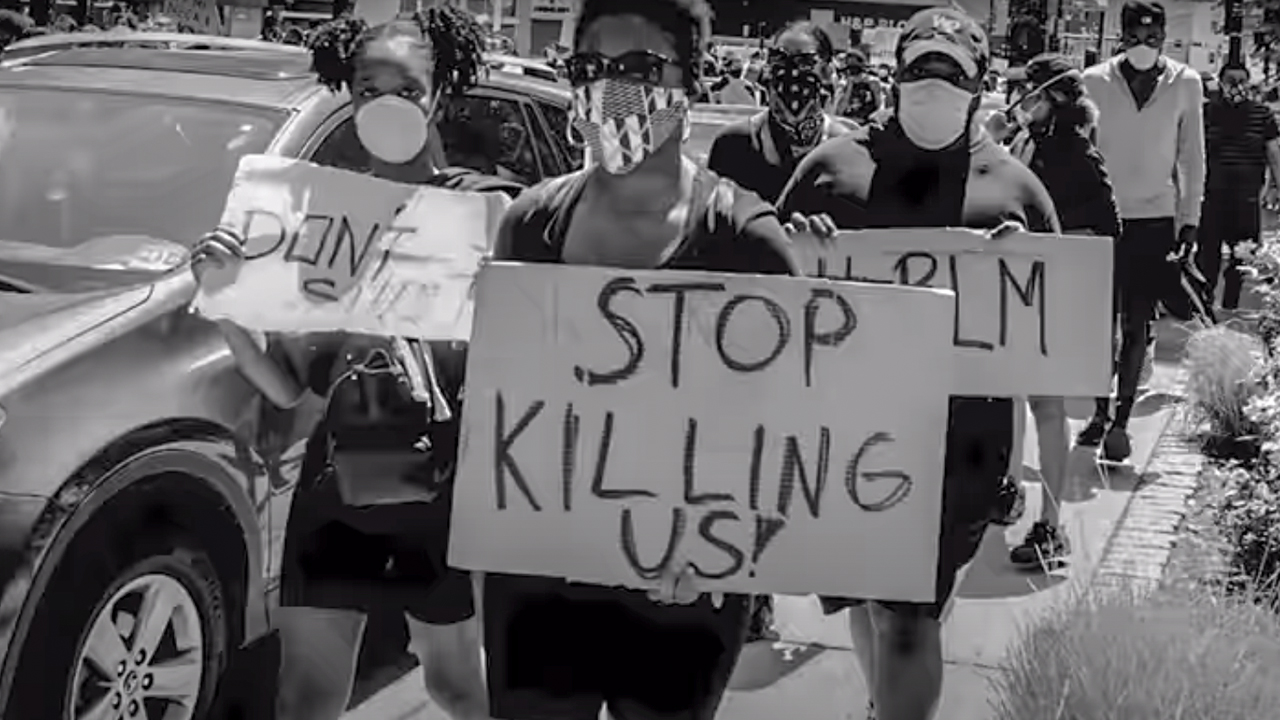 How Black Lives Matter changed the U.S. debate on the Mideast

WASHINGTON - Black Lives Matter activists recently took to the streets of Indianapolis to protest for Palestinians. In Congress, a lawmaker who cut her teeth as a Black Lives Matter organizer and who has compared her clashes with police to those faced by Palestinians tweeted Friday, "A cease-fire ends the bombardment - not the violence."

And during the height of the recent Gaza hostilities, the official Black Lives Matter organization called for "Palestinian liberation," six years after the group's early leaders took a trip to the Middle East that planted the seeds for the current alliance.

Black Lives Matter, which has grown into a potent political force amid a national reckoning on race, has responded forcefully to the violence in the Mideast to extend its reach into foreign policy, pressing the Democratic Party to adopt a dramatically different approach to the long-standing Israeli-Palestinian conflict.

Whatever the aftermath of the violence in the region, it has starkly changed the Israeli-Palestinian debate in the United States, shifting it for many liberals from a tangled dispute over ancient, often-confusing claims to the far more familiar turf of police brutality and racial conflict.

That message has reverberated through the Democratic Party in a new way over the past two weeks. That, in turn, is being met by frustration from Israel's supporters who say the military conflict between Israel and Hamas, a Palestinian organization that the United States has designated a terrorist group, is nothing like the tensions on America's streets.

"Most people recognize that there's a totally different dynamic at work between a terrorist organization shooting 3,500 missiles into your country on the one hand, and the racial dynamics that take place in American cities," said Mark Mellman, president of Democratic Majority for Israel. "The failure to recognize that difference becomes fundamentally misleading."

Some supporters of Israel also say that framing the Middle East conflict as a racial issue badly misrepresents what is at its heart a territorial struggle between two peoples with claims to the same land.

Some Republicans are going further, accusing Black Lives Matter activists of extremism and antisemitism. The activists counter that they are standing up not for Hamas, but for the numerous Palestinians who they say have long been evicted, terrorized and treated like second-class citizens.

The tensions reflect the striking success of Black activists in shifting the Democratic Party's frame of reference over the past year on a range of issues, so that racial justice undergirds the debate on everything from climate change to health care to tax cuts. The eruption in Gaza marks the extension of that shift into the international arena.

One measure of this is that President Joe Biden, after initially taking a more traditional posture of stressing Israel's right to defend itself, shifted to a tougher stance of calling for a cease-fire and ultimately demanded that Israel de-escalate.

Biden in many ways has aligned himself with Black Lives Matter over the past year. He knelt in solidarity with protesters in his first non-virtual campaign event during the pandemic. He has talked repeatedly with the family of George Floyd, whose murder at the hands of Minneapolis police became a fulcrum for a national conversation about police brutality against Black people.

But the limits of the activists' influence on Biden also came into focus Friday, when he told reporters that "there is no shift in my commitment to the security of Israel."

Biden added: "I think that, you know, my party still supports Israel. Let's get something straight here: Until the region says unequivocally they acknowledge the right of Israel to exist as an independent Jewish state, there will be no peace."

Other White House officials also played down the differences in the party.

Pressure from activists is only part of the shifting Democratic landscape. Biden, 78, and others of his generation came of age when Israel was more liberal politically, more vulnerable militarily and fewer years removed from the Holocaust. As Israel has become more powerful, its politics have become more hawkish and right-leaning, dismaying many former Democratic supporters.

Prime Minister Benjamin Netanyahu's open embrace of former president Donald Trump and the GOP over the past four years further alienated many liberals.

Black Lives Matter activists say an alliance with Palestinians is natural, since, as they see it, Israeli police are brutalizing Palestinians much like American officers mistreat unarmed Black people and protesters.

A new generation of liberal Black House members is making that case on Capitol Hill. Rep. Cori Bush, D-Mo., a former Black Lives Matter organizer who gained prominence in the protests of the deadly police shooting of an unarmed Black young man in Ferguson, Mo., delivered a speech on the House floor tying that experience to the plight of the Palestinians.

"As we march in defense of Black lives, we are not just saying that Black people in this country should be able to live full and joyous lives," Bush said in a statement to The Post. "We're saying that our own government is funding a brutal and militarized disposition towards our very existence - from Ferguson to Palestine."

Bush, who declined to be interviewed, said Palestinians have endured "military occupation, policing, and apartheid," terms that are rejected by many other Democrats.

Rep. Jamaal Bowman, a freshman Democrat from New York who unseated longtime Democratic Rep. Eliot Engel, a staunch Israel defender, also argued that the experience of Palestinians is related to that of Black Americans.

"As a Black man in America, I understand on a personal level what it means to live in a society designed to perpetuate violence against people who look like me," he said in a statement. "My experience of systemic injustice, including being beaten by police at 11 years old, informs my view of what's happening right now in Israel and Palestine."

During the recent hostilities, even some centrist Democrats altered their previously unwavering support for Israel, calling for a cease-fire rather than unequivocally supporting Israel's assertion that the assault on Gaza was necessary for self-defense.

Some Democrats point to Senate Majority Leader Chuck Schumer, D-N.Y., as an example of the current trends in the party. A longtime Israel hawk, Schumer said little during the recent conflict and voiced support for a statement from his colleagues urging a cease-fire even before Biden did so publicly.

Schumer faces reelection in a state where many residents support Israel, but younger liberals such as Bowman and Rep. Alexandria Ocasio-Cortez, D-N.Y., are gaining influence, and some Republicans suggested he had caved to Israel's opponents to dodge a primary challenge. A Schumer spokesman declined to comment on the GOP criticism.

Now that a cease-fire has been declared, however, it's less clear that Black Lives Matter activists and their allies can coalesce around a set of demands that will drive the Mideast debate in the coming months.

Some critics of Israel support the Boycott, Divestment and Sanctions (BDS) movement, for example, while others are sharply opposed. And while some favor imposing conditions on Israel in exchange for U.S. aid, agreement is elusive on what those conditions should be.

And questions remain about whether prominent Democrats will distance themselves from Black Lives Matter activists if those activists continue to make outspoken statements on the Mideast.

After BLM tweeted support for Palestinians, the BDS National Committee responded: "Thank you for your solidarity. From Ferguson to Palestine, our struggles against racism, white supremacy and for a just world are united!"

Even some of the more forceful advocates of a tougher line against Israel, such as Sen. Bernie Sanders, I-Vt., do not support boycotting the U.S. ally.

While the alliance is currently gaining more notice, Black activists have been forming links with Palestinian leaders for decades, often describing them as fellow representatives of an oppressed group.

In 2015, half a dozen members of the Black Lives Matter organization joined other activists on a 10-day trip to the Palestinian territories and Israel, hoping to make a connection with activists on the other side of the globe.

They met with members of the Palestine Liberation Organization, met a young poet whose family had been forced to give half their house to Jewish settlers and visited the site of the Ibrahimi Mosque massacre. When they returned, the organization issued a statement of solidarity with Palestinians.

"We have to connect all of the struggles for liberation," Abdullah said. "You can't be on the front lines for the struggle for freedom for one group of people, and then be silent on everyone else's."