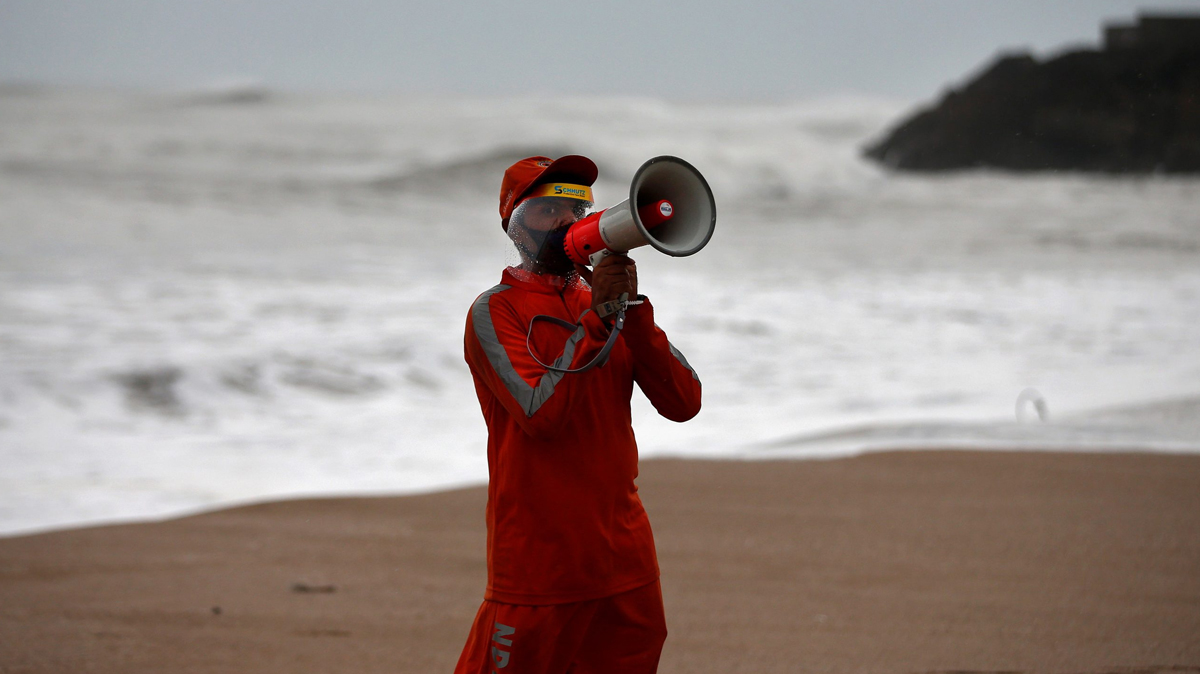 The deep depression over the Bay of Bengal today intensified into Cyclone Yaas and it is likely to intensify into a severe cyclonic storm packed with a maximum windspeed of 180km per hour in the next 24 hours, the India Meteorological Department has said.

The cyclone is very likely to cross north Odisha-West Bengal coasts between Paradip and Sagar Island around May 26 noon as a ''very severe cyclonic storm''.

It is expected to bring in winds of 155 to 165 kilometres per hour, gusting up to 180 kmph, reports our New Delhi correspondent.

The West Bengal and Odisha governments have been bracing to deal with the impact of the cyclone.

West Bengal Chief Minister Mamata Banerjee held a high-level meeting on Sunday with the DMs and SPs of and disaster management teams on cyclone-related preparedness.

Mamata herself would stay put in a special control room set up at a building called "Upanna" adjacent to "Nabanna", the state secretariat, on May 25 and 26 and monitor the ground situation 24X7 following the onset of Yaas.

On Sunday, Prime Minister Narendra Modi too chaired a high-level meeting to review the preparedness of the state and central agencies to deal with the situation, and called for a timely evacuation of those involved in offshore activities.

The Indian armed forces are also on alert, with the Navy putting four warships and a number of aircraft on standby.