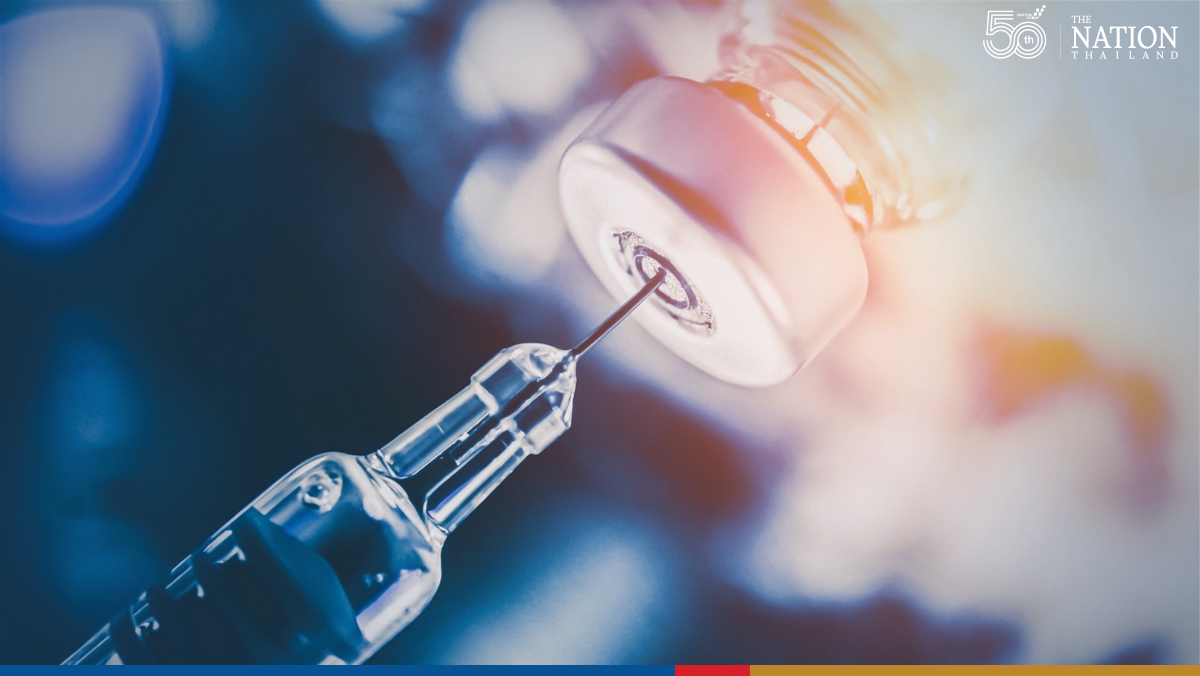 The United States is one of the small number of countries where coronavirus vaccinations are widely available.

"All over the world people are desperate to get a shot that every American can get at their neighborhood drugstore," President Joe Biden said on Wednesday.

But one group of Americans feels left behind: expatriates.

"We pay taxes, we vote, why shouldn't we have a vaccine?" asked Loran Davidson, an American living in Thailand.

So far, the request has been denied. "We have not historically provided private health care for Americans living overseas, so that remains our policy," White House press secretary Jen Psaki told reporters last month.

Davidson, 76, and her husband moved from New York to Thailand in 2006 after they retired. They live in Pattaya, about 60 miles southeast of Bangkok.

Davidson's 86-year-old husband is overweight and has high blood pressure, she said, which puts him at increased risk for covid-19 complications, and he is partially disabled after an accident in October. Returning to the United States for a jab would be out of the question.

An estimated 9 million Americans live outside the United States, according to State Department figures. Unlike expatriates from most other countries, they are required to pay U.S. taxes. In recent weeks, a growing chorus has argued that they should therefore be entitled to receive U.S.-approved coronavirus vaccines.

After a rocky start, the State Department finished inoculating embassy staff worldwide in April, a department spokesperson said. So far, the administration has presented those unaffiliated with U.S. embassies with two options: Come home to get the shot, or wait your turn where you are.

But Americans living overseas say it's not that simple. Vaccines are scarce in many countries. A pregnant woman in Taiwan said she doesn't feel safe traveling internationally. A disabled veteran in Tunisia can't afford the trip. Expats in Thailand say that with local quarantine requirements, the round-trip ordeal could take up to six weeks.

"Although some of us have access to vaccines in our host countries, we all agree that the U.S. government should take appropriate steps to ensure that vaccines are available to all of its citizens worldwide," read an open letter to Biden from leaders of Democrats Abroad, the Democratic Party's official arm for American expatriates, on Tuesday. Other expat groups have demanded the same.

Two former U.S. ambassadors appointed by President Donald Trump argued in a Wall Street Journal op-ed that the recent spike in cases in the Indo-Pacific region heightened the urgency of the issue.

The campaign has gathered momentum in recent weeks due in large part to expatriates in Thailand, where cases are spiking and less than 4% of some 69 million people are vaccinated.

The Thai government recently announced that foreigners living in the country, beginning with the elderly and those with underlying conditions, will be eligible to book shots when the country begins its mass vaccination program on Monday. Davidson registered with two hospitals - but staff there told her they had no idea when she and her husband would receive the shots.

And so far, what's on offer is the Chinese Sinovac vaccine, which the World Health Organization recently approved for emergency use. The shot is less effective than its FDA-authorized counterparts at preventing disease. AstraZeneca, whose vaccine is being manufactured by a local partner in Thailand, is set to make 6 million doses available to the country this month.

China, which has engaged in extensive vaccine diplomacy, began vaccinating its citizens living in Thailand last month as part of Beijing's "Spring Sprout" program to inoculate Chinese citizens living abroad, the Associated Press reported. More than half a million Chinese citizens in at least 120 countries have benefited from the initiative since its launch in March, according to China's official People's Daily newspaper.

When Thailand accepted a recent donation of 500,000 doses from China, it agreed to set aside some to vaccinate Chinese nationals.

"The Chinese Embassy is making sure that their citizens here can get the vaccine," Davidson said. "So why can't America?"

The lobbying campaign by U.S. expats has raised larger questions about what the U.S. government owes to its citizens in a global health emergency - and in a phase of the pandemic increasingly defined by vaccine equity, what it owes to the world.

While those back home enjoy the fruits of America's vaccine rollout, unequal global access to the shots, due in part to the policies of their own government, has affected the availability of vaccinations in other countries, particularly in the developing world.

J. Stephen Morrison, director of the Global Health Policy Center at the Center for Strategic and International Studies and a former diplomat, said U.S. embassies are not equipped to carry out mass inoculation drives.

"I would be skeptical that the government would want to take this on," he said.

But the pandemic demands unusual measures, said Michael March, a Bangkok-based former lawyer who is part of Democrats Abroad Thailand's covid-19 task force. "We don't see this as a medical care issue; it's a health and safety issue and it's a national security issue," he said.

Jo-Anne Prud'homme, who works for a nonprofit in Tunisia, made the trip back to Maryland with her husband and two young kids in early May. Tunisia, which has the highest recorded per capita covid-19 death rate in Africa, was reeling from a third coronavirus wave. Prud'homme, 38, knew it would be months before she and her husband would become eligible for vaccinations there.

They were able to get Pfizer shots after they arrived in Kensington, Md. But the trip - including plane tickets, lodging and a rental car - cost the family more than $7,000.

"If I could have had access to a vaccine instead of flying back to the United States for five weeks, I would have done that in a heartbeat," Prud'homme said.

But Sophia Winkler, 23, said that she had made a choice to live abroad in Tunisia and that the U.S. Embassy was not responsible for the consequences.

"When you choose to go abroad you kind of decide to put yourself at the mercy of that country's medical system," she said.

Skeptics of the expatriates' proposal warn that giving priority access to Americans would create a two-tiered system and heighten tensions over vaccine disparities.

"In the countries that are suffering major problems in terms of affordable access to vaccines and which are angry and resentful of the Western countries that have vast stockpiles," Morrison said, "I would think that a program that was specifically targeted at American citizens could prove to be pretty problematic diplomatically."

In the face of widespread criticism, the United States and other wealthy countries accused of hoarding doses have taken steps to close the gap. Biden announced in April that he would send up to 60 million AstraZeneca doses abroad. Last month, he pledged to add 20 million U.S.-authorized vaccine doses to the mix.

The White House announced Thursday that it would distribute an initial 25 million across a "wide range of countries" in Latin America and the Caribbean, South and Southeast Asia and Africa, and the Palestinian territories.

That could leave some American expats disappointed.

"I would hope that when the U.S. government is providing vaccines to a country, that they do make a provision, as the Chinese government has done, for Americans in that country," March said.

"If the United States steps forward at the G-7 and elsewhere and starts doing more to try to crack the code on this vaccine access, that might shift the environment a little bit and make this less awkward," he said.