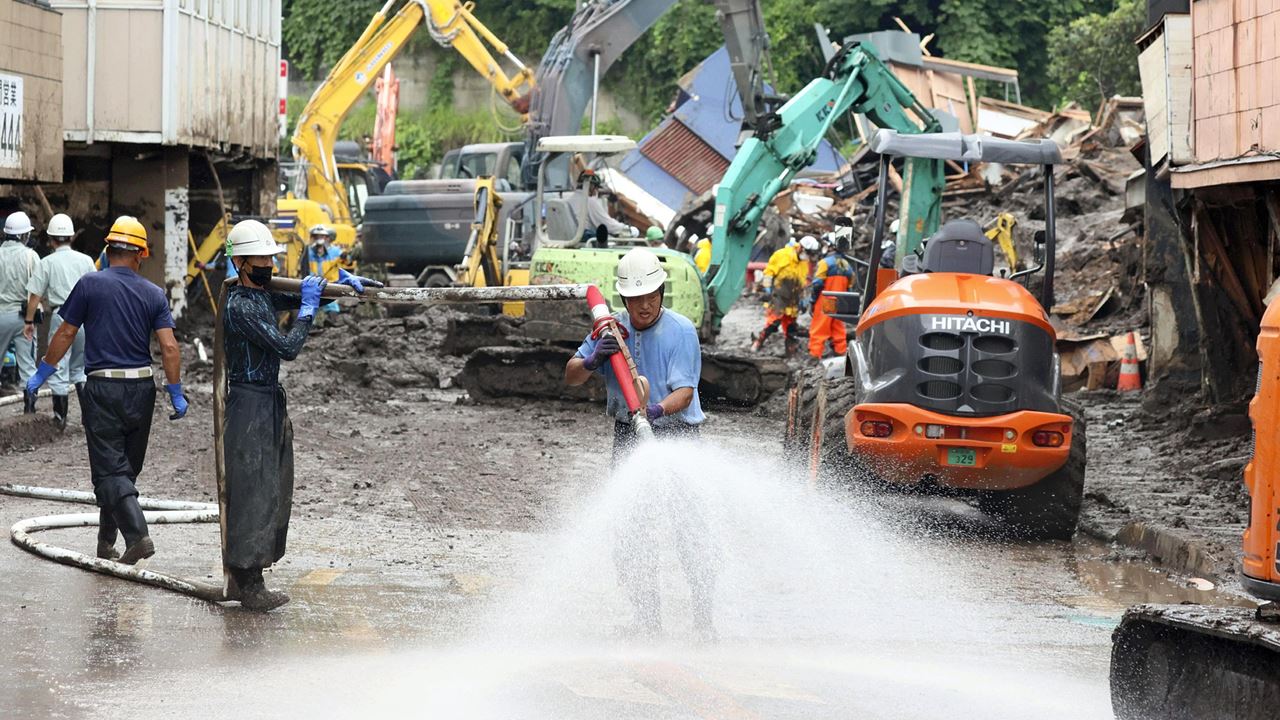 ATAMI, Shizuoka -- About 1,700 search and rescue personnel were deployed in Atami, Shizuoka Prefecture, on Wednesday, five days after dozens of people went missing when a major mudslide hit their neighborhood.

Those at the site included police, firefighters and Self-Defense Forces personnel. Heavy machinery was also being used in the affected district to remove debris and soil left by the disaster.

Seven people have been confirmed dead from Saturday's mudflow, the municipal government said. A total of 27 remained unaccounted for as of Wednesday, according to the city government and the prefectural police.