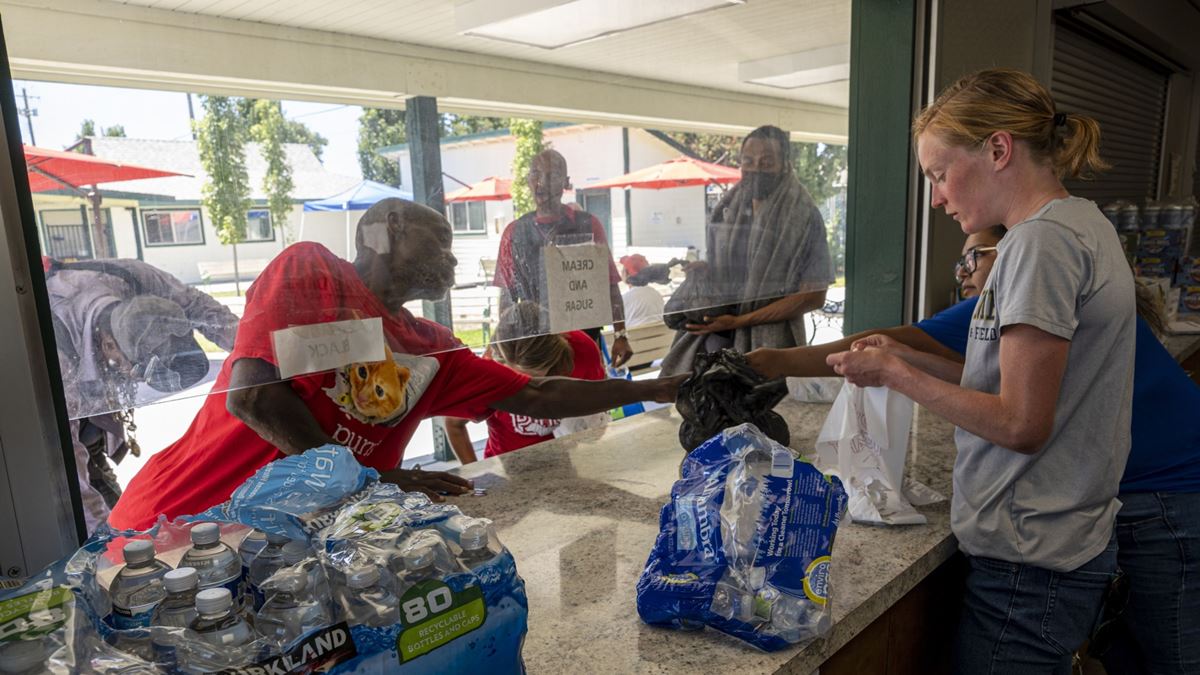 Wildfire pushing California toward the brink of blackouts

A wildfire raging uncontrollably across southern Oregon has knocked out three electrical lines so critical to the stability of grids in the western U.S. that California has warned of rotating blackouts and Nevada faced a power emergency.

The fast-moving Bootleg fire crippled a key transmission system known as the California Oregon Intertie that the Golden State has depended on for years for electricity imports.

Making matters worse: The takedown of the intertie has had a knock-on effect on another key import hub known as the Pacific DC Intertie that brings in electricity from the Pacific Northwest, California's grid operator said in a media briefing Saturday. Power supplies to the area covered by the grid have been reduced by as much as 3,500 megawatts because of the fire.

After days of pushing state residents to limit energy use with the risk of rolling blackouts, Californians got a break Sunday as the grid operator said conditions were expected to be stable. With transmission lines knocked out by the fire still out of service, and high temperatures expected to persist as demand picks up in the new week, another statewide conservation push through a so-called flex alert has been issued for Monday.

"If demand still outstrips supply after a Flex Alert is in effect, the ISO could take the infrequent step of ordering California utilities to spread power outages of relatively short duration to effectively extend available electricity as much as possible," it said in a statement Sunday.

The fact that a single wildfire has brought America's most populous and affluent state to the brink of blackouts is among the most powerful demonstrations yet of how vulnerable the world's power grids have become to the effects of climate change.

Extreme heat, drought and dry conditions globally have shrunk hydropower reserves, driven up electricity demand to record levels and touched off some of the worst wildfire seasons in modern history.

Climate change is "forcing us to do things we never imagined" at this time of the year, said Elliot Mainzer, who took over as chief executive officer of grid manager California Independent System Operator nine months ago. The agency is "anticipating what could be a very long and hot summer," he said.

California has emerged as the epicenter of climate disasters in the U.S. Wildfires burned an unprecedented 4.3 million acres across the state last year, killing 33 people and scorching nearly 10,500 structures.

Last August California suffered its first rolling blackouts since the U.S. West energy crisis two decades ago because of extremely hot weather. And in a foreshadowing of what was to come: Days before this year's summer officially began, high temperatures forced the California ISO to make an unusually early call for conservation, allowing the region to duck another round of rotating outages.

"Bottom line is we took everything we learned from last summer, and we still came into this summer thinking our issues were going to primarily be associated with August and September," Mainzer said, but "we had the first major heat wave four days before the official beginning of summer."

On Friday evening, the grid operator took the rare step of ordering a Stage 2 emergency -- one step away from rotating blackouts -- to cope with the loss of import capacity. Energy conservation helped the state avert a crisis. But as temperatures rose yet again and supplies fell off the grid Saturday, Mainzer said, "We're going to need more. Honestly, I think we are going to need more response than we saw last night."

The grid operator issued an all-clear late Saturday after issuing a flex alert. Earlier in the day, Gov. Gavin Newsom also signed an order to free up more energy capacity to help alleviate the supply crunch.

California wasn't the only state facing power woes. Nevada's power system was among those in the region that also faced emergency levels on Friday evening, said Mark Rothleder, California's ISO's chief operating officer. On top of managing California's grid, the agency serves as a reliability coordinator and is responsible for monitoring conditions across the western region.

Nevada utility NV Energy said it wasn't forced to resort to blackouts, but the company was calling for customers to conserve over the weekend.

Exactly when the Bootleg fire would subside enough to re-energize the California Oregon Intertie remains to be seen.

The Bootleg fire had burned through 143,607 acres of southern Oregon and still zero percent of it was contained as of Sunday, forcing evacuations in Klamath County and shutting sections of a national forest, according to an update from the U.S. Fire Service.

Temperatures across California were forecast to remain high into Monday. After hitting 102 degrees Fahrenheit (39 degrees Celsius) Sunday, Sacramento is expected to slip to a high of 94 degrees on Monday.