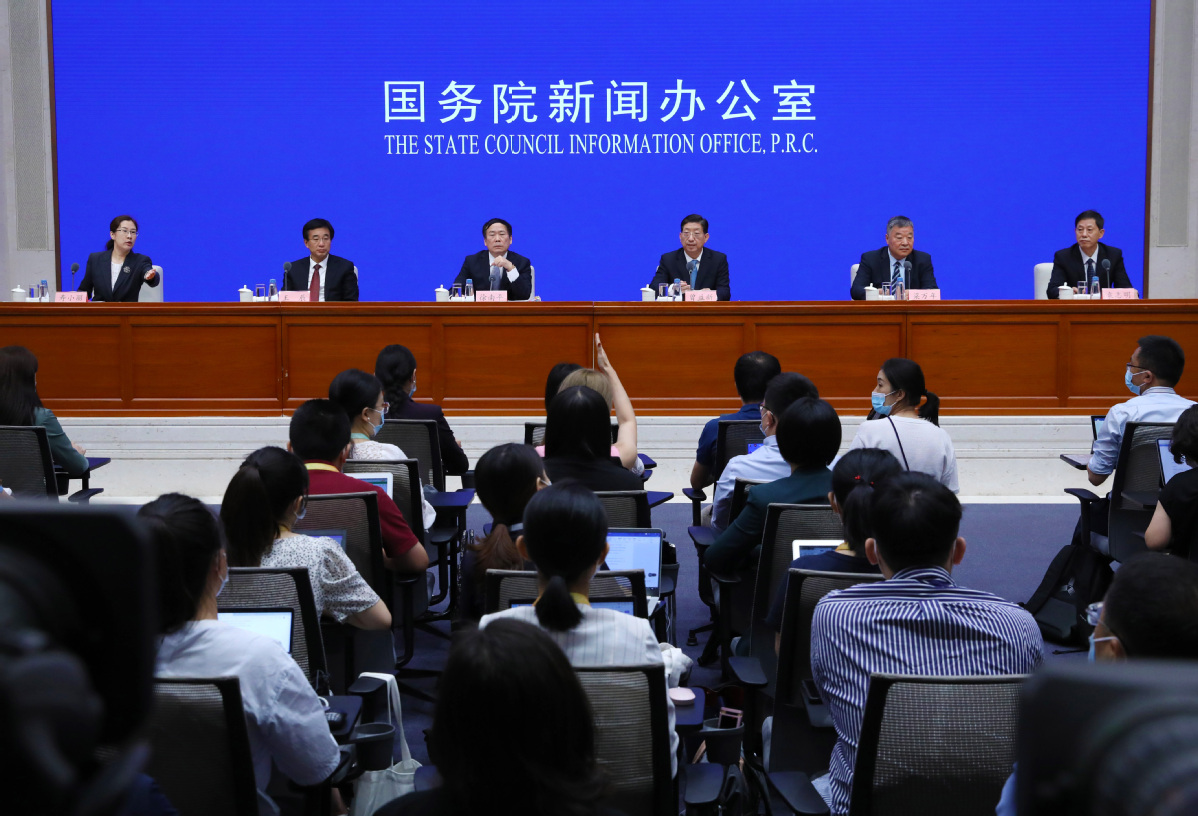 China cannot accept the World Health Organization's plan for a second phase of a study into the origin of the coronavirus that causes COVID-19, as the plan's inclusion of probing the "laboratory leak" theory－a definitively dismissed possibility－disregards common sense and science, senior officials said on Thursday.

Future origin-tracing efforts should focus on the virus' natural origin in animals, expand beyond China to pursue clues found globally, and inherit the science-based and cooperative principle held throughout the study's first stage in China earlier this year, the senior officials and experts said.

Zeng Yixin, vice-minister of the National Health Commission, said he was "shocked" to learn that an origin-tracing proposal released by the WHO last week has listed the hypothesis that violations of laboratory protocols in China could have resulted in the virus' leak as one of the major research objectives.

"In some respects, this plan disrespects common sense and defies science. It is impossible for us to accept a plan like this," he said during a news conference held by the State Council Information Office.

He said all rumors linking a laboratory in Wuhan, Hubei province, to the source of the virus have been dispelled. The virus also contains no trace of human manipulation based on a number of analyses, negating the possibility of it being an engineered pathogen, Zeng added.

Previously, "the WHO-convened experts had personally conducted an on-site visit to the laboratory and arrived at the conclusion that it is extremely unlikely for the virus to have been leaked from a lab", he said, referring to the expert panel's 28-day trip in Wuhan in January and February.

"We ought to respect their conclusions," so there is no need for the second phase of origin-tracing work to repeat research in this area, Zeng added.

"Rather, we should push for investigations in different countries and regions in terms of searching for early infections, conducting research on molecular epidemiology and animal hosts," he said.

The earlier mission organized by the WHO also concluded that the virus most likely jumped from an animal species, probably bats, to humans via an intermediate host, while its direct transmission from animals to humans and spreading via the cold chain were also deemed possible.

Based on these findings, Liang Wannian, head of the Chinese experts on the mission, said concerted efforts should be devoted to researching the natural evolution of the virus and hunting for animal hosts.

Chinese scientists have done a great deal of work on this, broadening their scope of testing from food markets in Wuhan to upstream suppliers as well as farmed and wild animal samples from across the country, but "no positive antibody or antigen results have been reported", Liang said.

Researchers in China have also extensively surveyed and sampled bats in the country without identifying a virus in them that is similar enough to the novel coronavirus to be considered the virus' source, he said.

"Bats of different types are widely dispersed around the globe, and some regions have never launched systematic research on them," he said. "As scientists agree that bats should be a focus during the probe into the virus' origin, relevant research should not be limited to China but take a wider perspective to cover all countries and regions inhabited by bats."

He also suggested further studies of pangolins, beavers and other possible intermediate hosts.

For instance, a skin sample taken from an Italian resident in November 2019 yielded traces of the virus, and traces also were found in human sewage samples collected in Brazil in November 2019. The first infection in Wuhan was reported on Dec 8, 2019.

"These examples show that Wuhan may not be the ground zero for virus spillover," he said, adding that the virus likely underwent a complicated transmission cycle between animals, humans and objects.

Zeng, the vice-minister, said China submitted its suggestions on the second phase of the study to the WHO on July 4.

He said the first phase occurring in China was an outstanding example of international cooperation, pointing to viable pathways for future research and formulating an effective cooperation mechanism rooted in scientific attitudes and rigorous discussions.

"We hope that the WHO will take Chinese experts' thoughts and advice into consideration and truly handle the issue as a scientific one without being influenced by politics," he said.