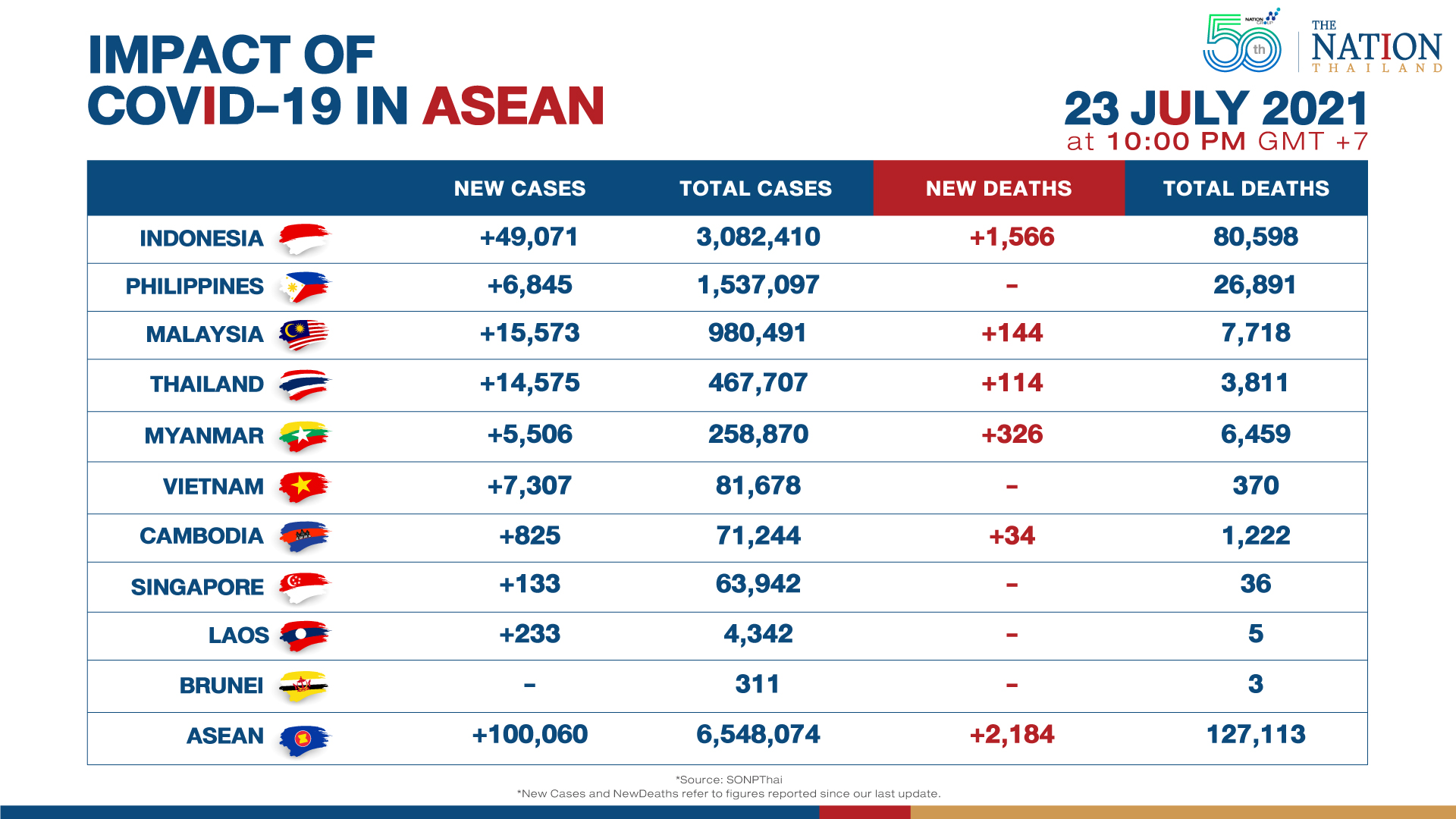 The Covid-19 situation continued to worsen in Southeast Asia, hitting 100,000 cases on Friday, while fatalities also hit a record high.

Indonesia reported 49,071 new cases and 1,566 deaths on Friday, bringing cumulative cases in the country to 3,082,410 with 80,598 deaths. Indonesian communicable disease experts expressed concern at the country’s infection rate increasing to over 30 per cent of all the people getting tested, which indicated the possibility of a new variant of the virus spreading.

Malaysia reported a sharp rise with 15,573 new cases and 144 deaths on Friday, bringing cumulative cases in the country to 980,491 with 7,718 deaths. The infection rate reached a new high on Friday despite the country being in a nationwide lockdown for almost two months. Malaysian Prime Minister Muhyiddin Yassin insisted that the lockdown would not be relaxed until the infection rate reduced to less than 4,000 people per day.