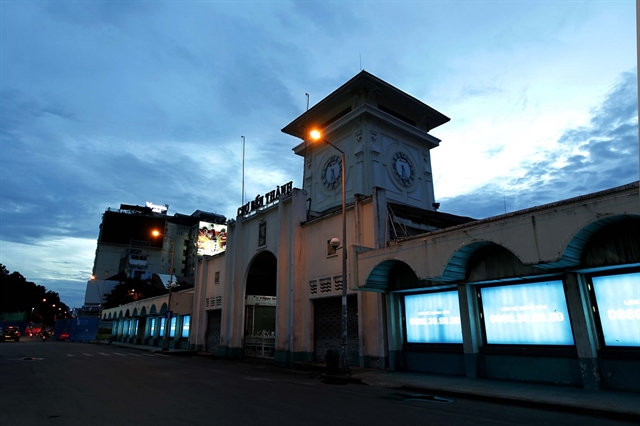 HCM City residents forbidden to go outside between 6pm-6am

HCM CITY — Starting Monday, residents of HCM City will no longer be allowed to go outside and all activities except medical emergencies or COVID-19 coordination efforts, will be banned from 6pm until 6am the following day.

Nguyễn Thành Phong, Chairman of HCM City People’s Committee, announced the latest movement restriction late Sunday as the southern economic centre battles a serious outbreak that still sees no sign of improving after 55 days into a social distancing order and more than two weeks into the stringent Directive 16, the equivalent of a lockdown.

Further details on the order, including who will be allowed out after 6pm, will be available on Monday. The city's official insisted that the latest measure is not a "curfew" however.

With a 10 million population, HCM City continues to be the epicentre of the ongoing fourth wave of infections in Việt Nam, with 60,425 local cases recorded since late April, accounting for the nearly two thirds of the country’s 94,666.

For organisations and individuals that intentionally commit violations resulting in the spread of the virus, authorities shall quickly investigate and prosecute criminal cases if there is sufficient evidence to constitute a crime, Phong said, adding that local leaders and officials will need to set an example and heighten their own sense of responsibility.

Phong said that despite the social distancing order currently in effect – which states that people must stay at home and go outside only for necessary purposes like buying food or essential items, or for medical emergencies – he still sees that direct contact remains rampant and there are still too many people travelling in the streets city-wide.

“This morning, going from the city’s centre to Bình Tân, Củ Chi and moving to Thủ Đức City, I called up every chairman of each district and commune, to immediately work with the local military and police units to tighten the order,” Phong said.

“We all have to understand that this is very dangerous and the cause of this protracted outbreak. If we cannot control this, things will deteriorate and force the authorities to implement more stringent and heavy-handed measures. The impact would be significant on several fronts,” the city’s leader stressed.

“This is not what the city’s authorities want, but that is the only way to defeat the outbreak,” he said, adding that he hopes people would sympathise and cooperate with the municipal authorities to effectively implement the COVID-19 policies.

Vice Secretary of the HCM City Party Committee Phan Văn Mãi said that the city is focusing all resources on effective treatment of patients to minimise deaths, but admitted that the overwhelmed healthcare system might struggle to deliver on-time services in some cases.

HCM City has been receiving numerous support from the central Government as well as other provinces and cities across the country, but with the situation deteriorating in many other neighbouring southern localities, medical units have been diverted gradually to these affected areas.

Therefore, the city needs to fully take advantage of its international resources and have more logical, effective coordination in COVID-19 responses, he added.

He urged cooperation and that everyone does their best to contain the spread of the virus.

Deputy Health Minister Nguyễn Trường Sơn, head of the health ministry’s special standing division in HCM City, on Saturday, issued an appeal letter, “urgently” calling on all people with a medical background from the public and private sector, including active and retired medical officers, healthcare teachers and students, as well as members of health associations, to help deal with Delta variant-outbreaks in HCM City that are having a serious impact on public health and the economy.

“With professional responsibility, compassion towards our fellow countrymen, let’s come together to support the fight against the outbreaks around the country, providing counsel and engaging in the treatment of patients,” Sơn wrote. — VNS