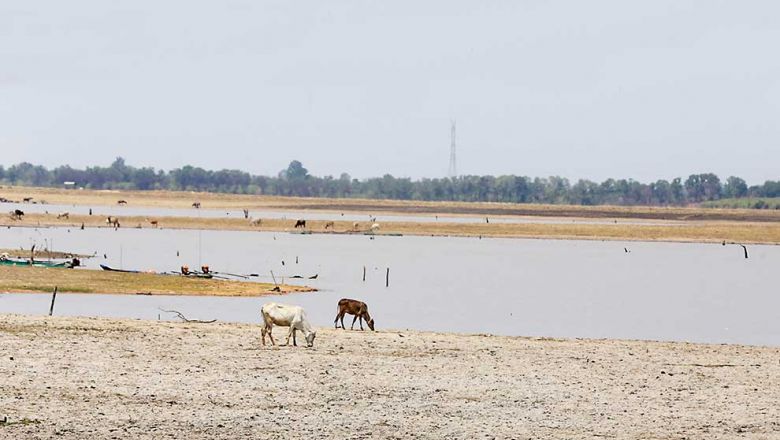 Cambodians are divided on the cause of climate change but 84 per cent of people believe climate change is happening, a report released by the National Council for Sustainable Development (NCSD) revealed.

The NCSD on July 26 launched its third report on public perception on climate change in Cambodia.

This study aims to understand people’s understanding, attitude and practices in relation to climate change, environment, and availability of resources.

Seventy-two per cent have heard about climate change, and 33 per cent understand what climate change means. The latter group is urban dwellers, male, professional and highly educated.

Institutional support and lack of resources are major barriers for people to take action regarding climate change followed by social barriers, the report claimed.

The report added that living standards had improved by 87 per cent and incomes increased by 52 per cent.

Unfortunately, the report revealed that 28 per cent of people believed climate change cannot be solved, while 69 per cent said it could. Eighty-one per cent thought climate change will affect Cambodia in the future.

Ministry of Environment secretary of state Tin Ponlok said that research revealed three-quarters of Cambodians are aware that climate change is affecting Cambodia, and almost all have sensed that temperatures and droughts have increased in the last 10 years.

“The research found that most Cambodians are prepared take action against severe climate such as rising heat waves, storms, droughts and floods.

“Two-thirds of Cambodians interviewed said their lives had improved in the last five years,” he said.

UNDP deputy resident representative in Cambodia Sonali Dayaratne said: “This report provides an important opportunity for all stakeholders to collectively contribute to and further coordinate Cambodia’s progress towards a more climate resilient society.”

“Using the results of this important study, joint interventions can be better designed to improve Cambodia’s adaptive capacity, reduce emissions, and ultimately fulfill the stakeholders’ commitment to better the lives of people, especially the most vulnerable,” she said.