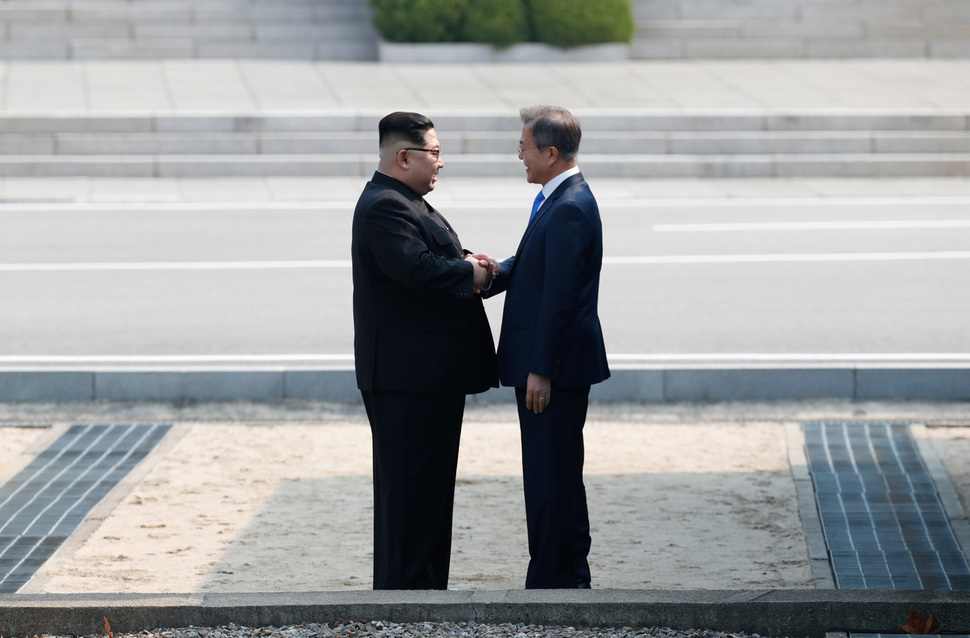 Restoration comes after multiple exchanges between Moon and Kim; No discussions on immediate summit talks

According to Cheong Wa Dae sources, the leaders started exchanging personal letters from April 27 on the occasion of the third anniversary of the Panmunjeom Declaration that marked their first summit talks in the cross-border village in 2018.

Until recently, the leaders reportedly shared views on diverse pending issues such as COVID-19, heavy rainfalls in the North and the stalled peace talks on the Korean Peninsula.

“Holding a summit was not on the agenda,” a senior Cheong Wa Dae official said on condition of anonymity. “Their discussions were made through letters. There were no phone calls.”

The hotline restoration came after 13 months of collapsed diplomacy between the two Koreas. In June last year, the North cut off all communication channels with the South in protest over Seoul’s failure to contain anti-Pyongyang leaflets being sent by North Korean defectors.

At the time, the North also blew up an inter-Korean joint liaison office in the North Korean city of Kaesong that was set up as a sign of good will following the 2018 inter-Korean summit that led to Kim’s three meetings with then US President Donald Trump.

With the latest agreement, Seoul’s four hotlines to Pyongyang– two operated by the Unification Ministry and two operated by the Defense Ministry– have been recovered. The ministries also confirmed they succeeded in making the first phone calls in months earlier in the day.

“We tried to make the first call at 10 a.m. but the actual conversation started slightly after 11 a.m. due to some technical issues,” a Unification Ministry official said on the condition of anonymity, adding the first conversation lasted for about three minutes.

The two Koreas used to make phone calls at 9 a.m. and 5 p.m. every day via the hotlines. The official said that regular phone calls will be resumed like before, saying a second phone call was supposed to be made later in the day.

Other cross-border hotlines, such as those installed in Cheong Wa Dae or at Seoul’s spy agency, seemed to have not yet been fully recovered, given discussions are still underway for a complete restoration of the communication channels between the two Koreas.

“For the South, the most urgent issue was reopening communication channels with the North. We will continue to work for a complete restoration. Considering restrictions on face-to-face contact amid COVID-19, we also plan to set up a new system for virtual meetings for smoother talks between the two Koreas,” the ministry official said.

Citing the mutual agreements made between the two Koreas, both Cheong Wa Dae and the ministries were cautious about elaborating further on some sensitive issues, like an apology from the North over its wrecking of the liaison office last year or whether any preconditions had been discussed for the official resumption of inter-Korean talks.

“The hotline restoration is the starting point of the suspended dialogue between the two Koreas. Nothing specific has been discussed yet,” the Cheong Wa Dae official said.

In the meantime, North Korea also confirmed the latest agreement earlier in the day, saying the restoration will play a positive role in improving relations between the two sides.

“The top leaders of the North and the South agreed to make a big stride in recovering the mutual trust and promoting reconciliation by restoring the cutoff inter-Korean communication liaison lines,” the official Korean Central News Agency said.