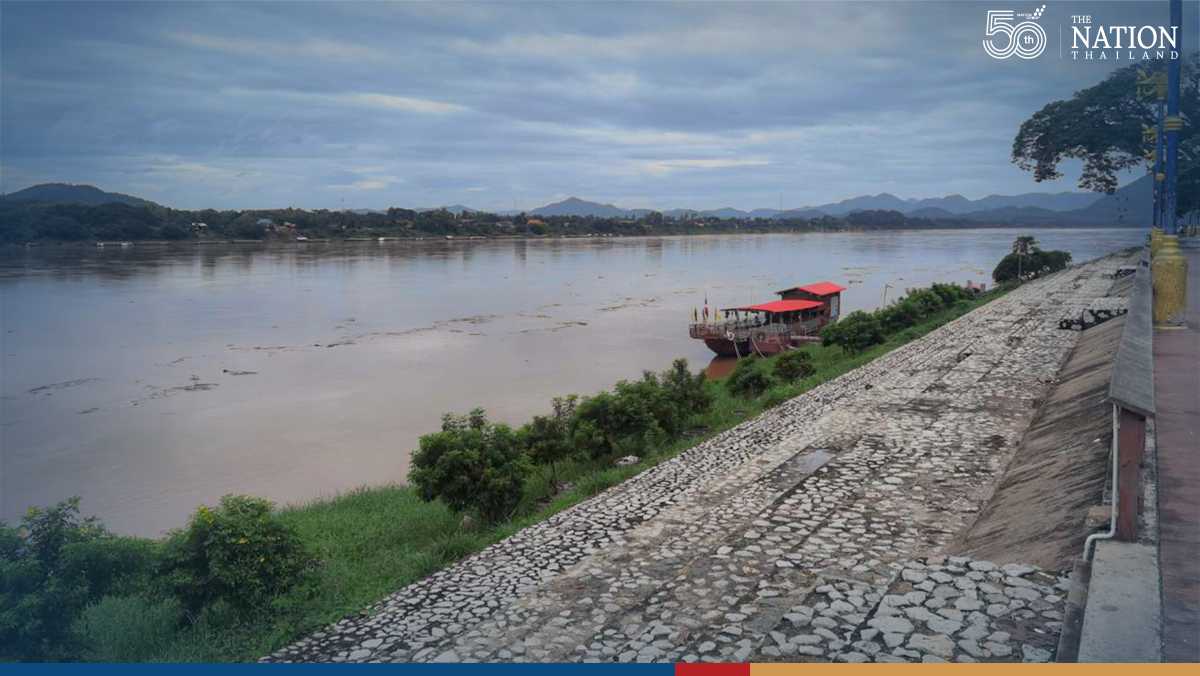 Recorded water levels in the Lower Mekong River Basin (LMB) saw significant increases during the last seven days as a result of heavy rainfall and sudden water releases from dams, the Mekong River Commission (MRC) Secretariat says. But river levels across all monitoring stations remain lower than their alarm or danger points.

Heavy rainfall in several parts of the LMB last week contributed to the rise, with river levels above their long-term averages, mostly at the upper stations, according to MRC's observed water level and rainfall data.

The region has received approximately 40% higher than average rainfall in July when compared to the same period between 2015 and 2020, it added.

"Due to heavy rainfall, dams in the Lower Mekong including those on the tributary released large amounts of water during 24–25 July, causing water levels to surge quickly," said Dr Lam Hung Son, Head of the MRC Secretariat's Regional Flood and Drought Management Centre.

He added that it was not immediately clear whether these surges caused any damage.

The water level in Thailand's Chiang Saen, the second uppermost monitoring station in the LMB, increased from 3.10 metres (m) to 6.5m between July 20 and 23, a rise of almost 3.5m. But the level receded approximately 1m during July 24–26. Over the course of the next five days, the river level is expected to drop a further 0.65m.

The Luang Prabang station saw its river level rise from 9.92m to 12.28m between July 22 and 26 although the level is forecast to decrease by about 0.35m during the next five days.

In Ban Pakhoung station, located 5km downstream of the Xayaburi dam, the station's water level rose from 10.19m to 14.22m between July 22 and 26, a cumulative rise of 4m. But the river level is expected to drop by approximately 2m over the next five days.

In Thailand's Chiang Khan, located further downstream of the Xayaburi dam, the station's water level jumped to 10.50m from 6.30m between July 22 and 26. However, the level is forecast to fall by approximately 0.90m in the next five days.

In Cambodia, water levels in the stretches from Stung Treng to Neak Luong in Prey Veng were reported to have increased by 0.85m in the same period. Throughout the next five days, levels are forecasted to rise by a further 2.60m.

Meanwhile In Viet Nam's Mekong Delta encompassing Tan Chau on the Mekong River and Chau Doc on the Bassac River, water levels fluctuated between maximum and minimum values as a result of tidal effects.

Outflows of water from the Jinghong hydropower station in China's Yunnan province will drop by as much as 50% due to power grid construction, according to China's Ministry of Water Resources.

The "coordination for power grid construction" will result in a reduction of water outflow for 20 days alternating between 900–1,300 cubic meters per second (m³/s) and 700m³/s during July 31–August 20, a notification from the Ministry said today.

"We're expecting a drop in river levels immediately downstream of the Jinghong dam," Dr Son said. "But this will also depend on the amount of rainfall we receive over the coming days."