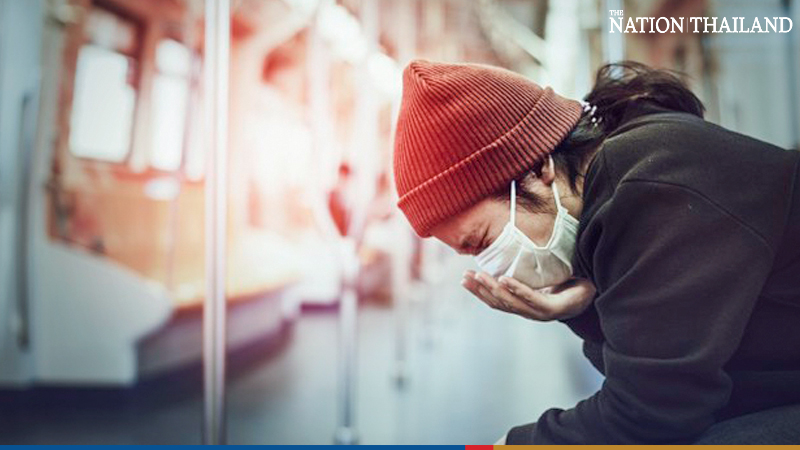 They thought the worst of the coronavirus pandemic was behind them. The vaccines were here, the masks could come off. A summer slowly returning to normal seemed within reach. Then came the hyper-transmissible delta variant - and with it, this week, a call from health officials for everyone to start masking up indoors again in places where viral transmission is high.

Across the country, people said they felt whiplashed by the Centers for Disease Control and Prevention's recommendation that even vaccinated people should resume wearing face coverings indoors under specific circumstances. The frustration felt by some Americans at the changing guidance comes as officials try to convince a pandemic-weary public to once again embrace health measures many believed no longer applied.

"I feel like the government keeps changing what they want us to do," said Aubrey Garner, who lives in Conroe, Texas, and owns a residential cleaning service. "I'm not sure they know what the answer is to covid."

At stake in the renewed push for masking is whether the country can control the spread of delta , which is driving up infections nationwide and threatening to reverse hard fought gains against the pandemic. New cases in the United States have risen 63% in the past week, spiking in Louisiana, Mississippi and Arkansas, where vaccination rates are low. Hospitalizations rose more than 40% in the same period, according to tracking by The Washington Post. The rapidly spreading variant could also jeopardize the U.S. economy's fragile recovery, pushing some companies to reexamine whether to bring workers back into offices this fall.

On Wednesday, some said they were struggling just to wrap their heads around the CDC's message. Susan Schmaeling, who owns a public relations company and lives in Houston, said she rejoiced when she got the single-shot Johnson & Johnson vaccine in March. Now, she doesn't know what to think.

"I'm vaccinated and I'm supposed to put a mask on to be in a bookstore or wherever? What is the CDC telling us now, that the vaccines don't work?" she said. "I haven't had covid and I don't want to have covid, so I'll wear a mask. But it's absurd."

Experts have warned for weeks that a broad return to masking may be necessary to rein in delta, which CDC director Rochelle Walensky said is "one of the most infectious respiratory viruses we know of." Facing a spike in cases, Los Angeles County became the first major metropolitan area to reinstate indoor mask requirements when officials brought back the rules in mid-July. St. Louis followed suit last week, while Kansas City, Mo., and Savannah, Ga., reinstated their mask mandates after the CDC's announcement. Other cities and states are holding off for now, instead issuing voluntary recommendations.

"We need to wear masks indoors to control the spread of the variant," Scott Ratzan, a public health expert at the City University of New York, said in an email. "As masking recommendations do not seem to work as well as mask mandates, the cities (and county in L.A.) are making the prudent decision to reinstate mandates ASAP."

But the shifting advice from federal health officials may have hindered some of those efforts, Ratzan added.

"Unfortunately, the CDC has fumbled on the masking communication - from messaging to the policy recommendations," he said. "This has made it a challenge for health officials and policymakers to get people to remask - or make it a norm to mask while the coronavirus delta variant (and likely other variants) continue to spread."

Walensky acknowledged this week that the decision to issue the new guidance was a painstaking one. Barely two months had passed since the agency said vaccinated individuals didn't need to wear masks in most settings. But with delta raging, the new guidance was necessary, she said.

"It is not a welcome piece of news that masking is going to be a part of people's lives who have already been vaccinated," Walensky said. "This new guidance weighs heavily on me."

While the vaccines are highly effective at preventing severe illness and death, vaccinated people can still contract coronavirus in what is known as a breakthrough infection. Walensky said people who have these infections from the delta variant might have as much viral load as an unvaccinated person, suggesting they may be able to spread it to others.

In Nevada, the state's Democratic governor, Steve Sisolak, brought back the state's mandate just hours after the announcement from the CDC. Starting Friday , the state will requiring face coverings be worn indoors in public in counties with "substantial or high transmission." Twelve of Nevada's 17 counties - including Clark, home to Las Vegas - fit that criteria, the state said.

The Nevada Gaming Control Board reinforced the new mandate, telling casinos and other businesses it issues licenses to in a notice that it would "continue to ensure that best practices are used in the mitigation of covid-19." The board reminded casinos and other licensees that they were required to have signs about where masks need to be worn.

In compliance with the mandate, MGM Resorts, the largest operator on the Las Vegas Strip, said it would require "all guests and visitors" to wear masks indoors in public areas starting Friday, a spokesman said in an email. MGM requires its employees to either be vaccinated or be tested regularly, the spokesman said.

Workers in Las Vegas, and throughout Clark County, had already been required to wear masks since the county enacted a mandate earlier this month, which excluded patrons.

The decision irked Amy Boike, 44, of Lakeville, Minn., who said she'd been planning to travel to Las Vegas at the end of August for a concert. Now, she said, she's considering canceling her trip.

"What's the point of the vaccine if we still have to wear a mask?" said Boike, who said she'd received the shot.

"I don't want to wear a mask the whole time I am there," she said in a text message. "I don't want to spend all that money for a trip and then have to suffer through a mask."

There's widespread agreement among infectious-disease experts that masking slows the spread of the virus by stopping droplets carrying virus particles from traveling through the air and infecting others. It's especially important indoors, where poor ventilation and gathering in close quarters can facilitate the spread of the virus.

"Masks are the best policy we have in the face of covid. No one wants to close businesses or schools this fall," Julia Raifman, a health policy expert at Boston University.

But significant segments of the public remain skeptical.

In Miami-Dade County, where the mayor on Wednesday revived indoor mask requirements at county facilities, Natalia Gonzalez, 28, said she doesn't think the mandate should extend to restaurants, bars and stores.

"It's unnecessary," she said. "I think it should be a personal choice."

Rasheed Powell, who works at a Miami pop art store, said he recently stopped wearing his mask at work. Now he's waiting to see if his bosses require them again. But even in light of the delta variant, he's tiring of what he said were mixed signals from officials.

"When I heard about the delta strain, it didn't shake me up any more than other news about covid," said Powell, 36. "I feel they are fearmongering us all the time. It's like they want to push an agenda."

Polling shows mask-wearing fell sharply after the CDC eased its guidance in May and vaccines became widely available to the general public. An Axios-Ipsos poll conducted in mid-July found that about 27% of adults reported wearing a mask at all times while indoors at public places. That was similar to the roughly 27% who gave the same response in late June but down from 41% in early June and 51% in late May. Nearly half said they wore masks sometimes.

In Los Angeles, the first major city to bring back its indoor mask mandate, Bellanira Reyes said she doesn't like wearing face coverings but will follow the city's guidelines if it means keeping people safe. She's aware of the threat from the delta variant and worries about the virus spiking again.

"It's uncomfortable the mask, really uncomfortable. But it's something that protects us," the 34-year-old mother of three said. "I don't want to wear it, especially when it's too hot, but it's OK."

Marcus Chavez 24, of Los Angeles, said he too intends to follow the rules. He's fully vaccinated, he said, but he understands the risks in crowded places.

"I'm not one to tell people what to do," he said, "but I strongly suggest it so, just from a scientific point of view."

In Salt Lake City, which lifted its mask mandate for vaccinated people in May, parents dropped their children off at a bustling summer day camp at Sugar House Park on Wednesday morning. Few wore masks as they streamed in and out.

Megan McGee, 34, said she's strongly against the CDC's new guidance on wearing masks indoors in public spaces, even though covid-19 made her the sickest she's ever been. McGee said she is not vaccinated.

"People don't know who to listen to, or what's good information," said McGee, a special-education teacher.

Luther Creed, 72, was one of the few people who wore a mask as he brought his grandson to camp. A retired physician, Creed, 72, said he worries about the virus continuing to mutate, and believes wearing a mask is critical - including this winter.

He agrees that the CDC has bungled its messaging around the vaccine. But the mind-set of putting personal freedom ahead of the greater good will have consequences, the retired physician said.

"It's all about 'Me.' It's not about protecting your neighbor or your family members," he said. "We're going to pay a price."