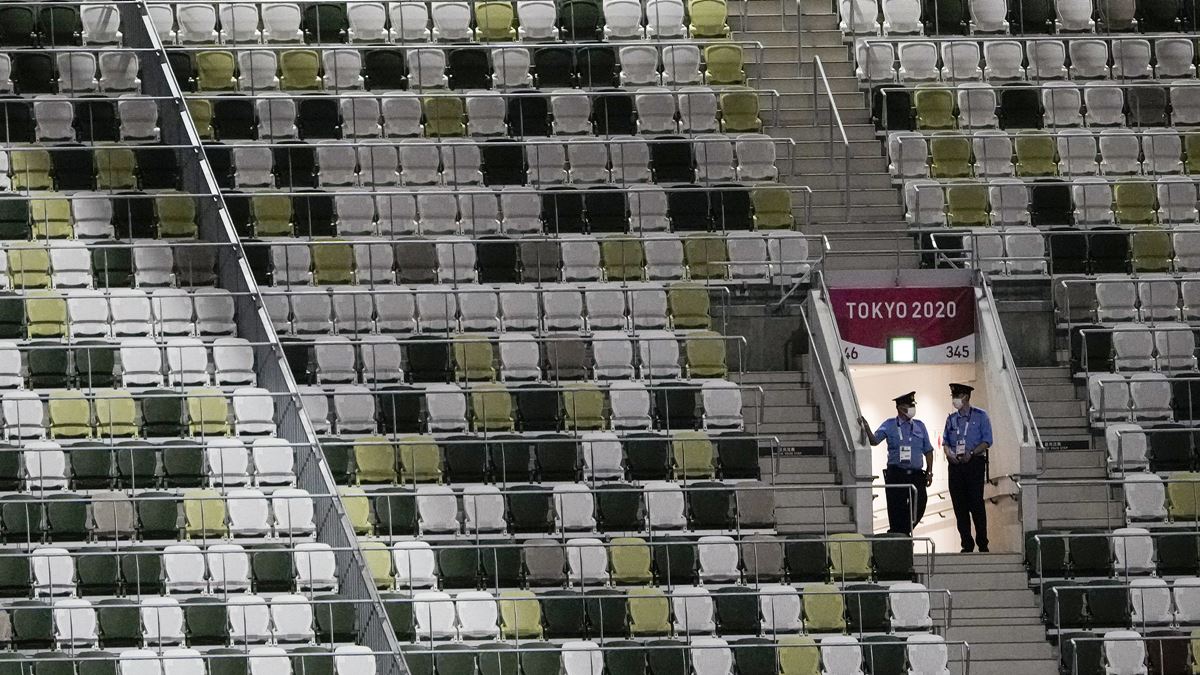 Japanese taxpayers were shut out from Olympic venues, but they now can view the staggering bill

TOKYO - A day after the Tokyo Olympics concluded, social media posts in Japan showed photos and videos of a man believed to be the International Olympic Committees president, Thomas Bach, strolling through Ginza, a popular shopping district in Tokyo.

Those posts went viral. And not as kudos for helping finally pull off the Tokyo Games. Instead, many in Japan view Bach as complicit in pushing Japan to host the Games despite the public health risks and the financial toll on taxpayers.

To those critics, Bach personifies the costly hangover from a party Tokyo wasn't even invited to.

Every Olympic Games is expensive for the host city or nation. But those hosts typically have gains to show in return, including global recognition and millions of tourists who spend money at local businesses.

But those benefits won't materialize for Tokyo, host of the most expensive Olympics to date and the first to host one with mostly empty venues - and hardly any domestic revenue - because of the pandemic.

"If you're just looking at those spreadsheets, you know, there was there was no reason for this game to go on, at least from Tokyo's perspective," said Victor Matheson, who studies sports economics at College of the Holy Cross in Worcester, Mass.

By conservative estimates, the Tokyo Olympics cost $15.4 billion - a tab largely borne by Japanese taxpayers - and is more than double the forecast when the city bid for the Games. Japanese government auditors have estimated the true costs are likely at least $25 billion, which includes projects related to the Games.

Every Olympics hosted since 1960 in Rome has run over budget, according to a 2020 study co-authored by Bent Flyvbjerg, a professor at the University of Oxford, who studies the economics of the Olympics.

"This is like having a tiger by the tail, you know, when you say 'yes' to hosting the Games. You actually have very limited possibilities of stripping down cost" because the majority of the business decisions are made by the IOC and international athletics organizations, Flyvbjerg said. "Even under the best circumstances, putting on the Olympics is quite a burden financially … covid-19 definitely hasn't made it easier for Tokyo."

To be sure, even the most expensive estimate comes out to less than 1 percentage point of Japan's total GDP, one of the world's largest economies.

Still, experts say the unique realities of these Games are sure to put an unprecedented burden on the host city of Tokyo and the Japanese government, which is facing a ballooning national debt that is worsening because of the pandemic.

By effectively banning spectators and closing the Games to outside visitors, Japanese officials have forfeited nearly $800 million in revenue that they had expected. Rather than attracting as many as 10 million tourists, per some optimistic projections, fewer than 100,000 official Olympics-related travelers were approved, which included athletes, team personnel and journalists. These visitors were sequestered to the Olympic "bubble" - the approved official Games venues, hotels and other special sites - for the vast majority of their stay in Japan.

"The bulk of this is going to have to come from people's taxes … and the government will try to further borrow money from the public. So it's going to be, at the end of the day, a huge burden on taxpayers," said Noriko Hama, economics professor at Doshisha Business School in Kyoto.

That loss of revenue comes on top of the economic struggles already created by the pandemic and the country's state of emergency designation, limiting how late businesses can stay open and shutting down borders to tourists.

The postponement of this year's Olympics added $2.8 billion to the tab, according to organizers, who had to extend contracts and keep temporary venues longer than planned. And then there were other additional costs associated with the pandemic, such as the daily processing of tens of thousands of coronavirus tests from inside the Olympic bubble.

Tokyo secured a record $3 billion in domestic sponsorships, an impressive feat, Matheson said. But it's unclear how much of that will come through in the end, he said. For example, Toyota pulled its domestic advertisements from the Olympics in the days leading up to the Opening Ceremonies.

Hosting the Olympics can often lead to long-term benefits. Investments into the infrastructure will last beyond the Games. Cities also can rebrand or introduce themselves to the world as a travel destination. But Tokyo is already a global power, and the infrastructure benefits likely will be minimal, Matheson said. And foreign journalists were largely limited to the Olympic venues, restricting their ability to showcase Japan's culture, he said.

"The reporters couldn't go out to do their special interest story of people of, you know, people walking in the Imperial Gardens and they couldn't go to their story of, 'We're down in the Ginza district, the most spectacular commercial street in the world,'" he said. "All you could see is the inside of the gym rather than … all the sort of things that would make a fun trip to Tokyo."

On the other hand, the IOC secured around $4 billion in revenue from broadcast media rights and international sponsorships, Matheson said.

Yuji Nakamura, professor of public administration at Japan's Utsonomiya University who has studied the Tokyo Olympics since 2013, said he expects Tokyo will be left in a similar situation as Montreal, which hosted the Summer Games in 1976 and experienced the largest cost overrun to date: 720 percent. It took 30 years to pay down that debt, according to Flyvbjerg's study.

"Both the Tokyo government and central government couldn't get their money's worth. … In the end, the price has to be paid by the taxpayers and future generations," Nakamura said.

If the cost reaches as high as $25 billion to $30 billion, that could amount to about $940 per Tokyo resident, according to Naofumi Masumoto, visiting professor of Olympic Studies at Tokyo Metropolitan University and Musashino University. That is money that could go toward other needs of the metropolitan government, such as hospital beds for coronavirus patients and purchasing vaccines, Masumoto said.

These Japanese experts expect that the Olympic spending likely will require special government bonds or taxes, or a cost-sharing deal with private companies to cover the cost.

"Without something along those lines … they will never get financial houses in order," said Hama, of Doshiba Business School.

It is yet unclear if there will be any significant political fallout for Japanese prime minister Yoshihide Suga, who is facing reelection this fall and is lagging in polls. Despite fears that the Olympics could become a global superspreader event and strong public opposition leading up to it, public sentiment appeared to shift once the Games began, and Olympics-related coronavirus cases were largely contained to the bubble.

"I think the political costs at this point, because there were no evident disasters during the Olympics themselves, are probably going to be limited," said David Leheny, professor in the Graduate School of Asia-Pacific Studies at Waseda University in Tokyo.