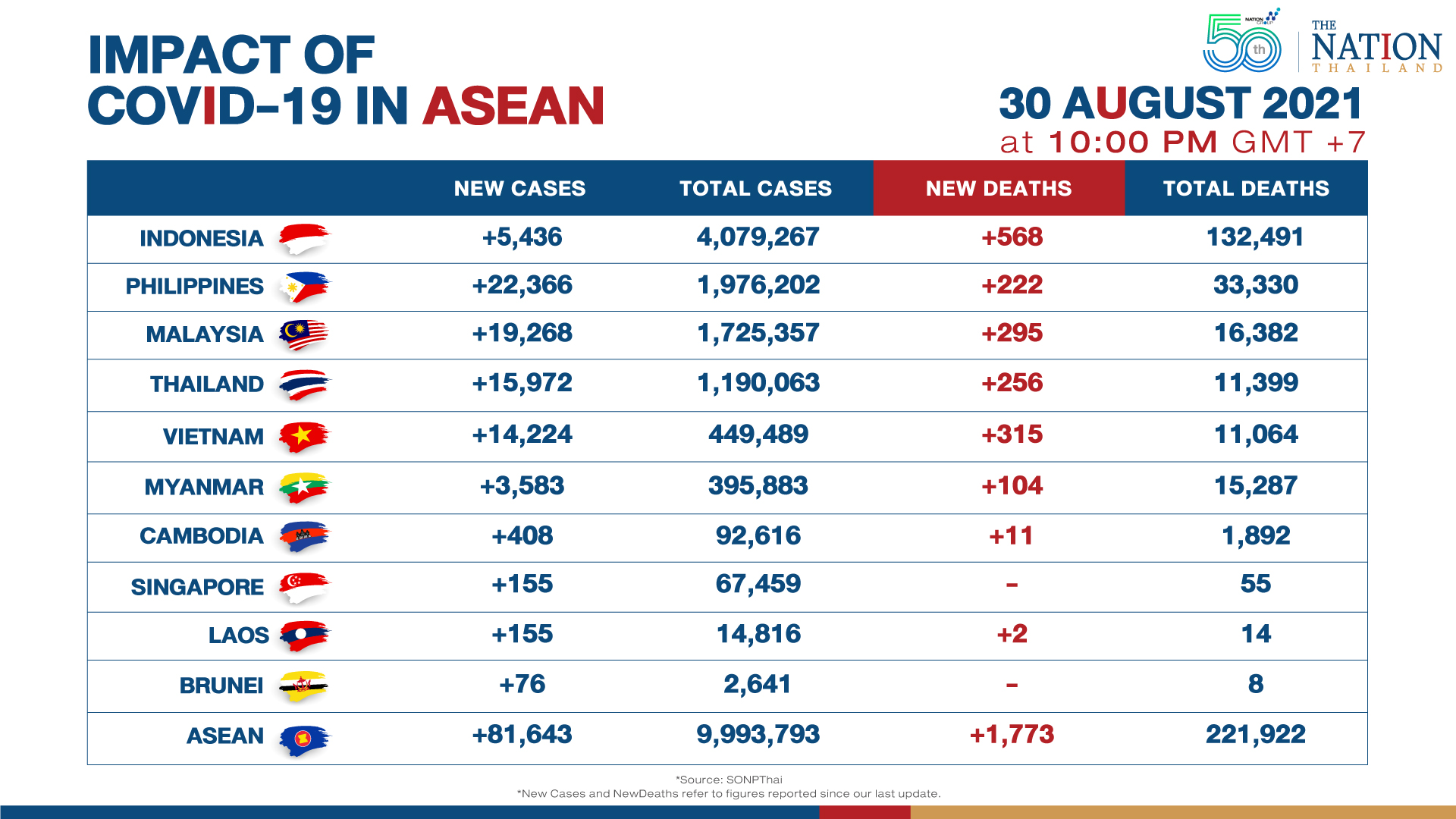 Southeast Asia saw an uptick in new Covid-19 cases and deaths, mainly due to a sharp increase in cases in the Philippines and Vietnam, collated data showed.

Indonesia reported 5,436 new cases on Sunday, down over 25 per cent from the previous day, although deaths were slightly higher at 568. Cumulative cases in the country increased to 4,079,267 with 132,491 deaths.

Children in Jakarta began to re-enter classrooms on Monday, as Indonesia eased restrictions in some areas. Some 610 out of over 10,000 schools in Jakarta will be ready for in-class schooling, with classes held at 50 per cent of the usual size.

The governor of Jakarta revealed that 91 per cent of children aged 12-18 had been vaccinated at two doses while 85 per cent of teachers had already received two jabs.

Meanwhile, Malaysian Prime Minister Ismail Sabri Yaakob is under quarantine following close contact with a Covid-19 patient. His office said in a statement on Monday it was unclear how long he would be in quarantine and did not indicate any results for a coronavirus test. Ismail Sabri was sworn in as prime minister on August 21, succeeding Muhyiddin Yassin who resigned after failing to hold on to a narrow majority in parliament.