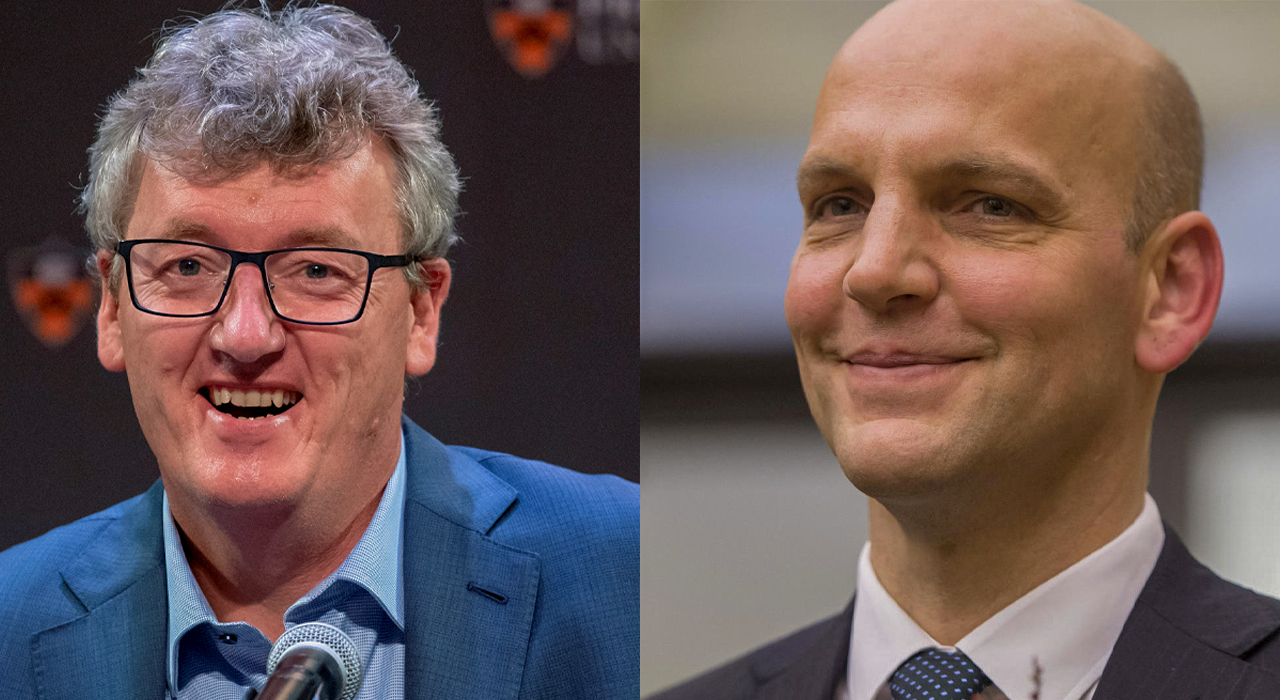 The Nobel Prize in chemistry was awarded Wednesday to two scientists who built a tool for constructing molecules in a cheap, environmentally friendly way, allowing researchers to more easily make products including pharmaceuticals.

David W.C. MacMillan of Princeton University and Benjamin List of the Max Planck Institute in Germany were awarded the Nobel for their development of a precise new tool for molecular construction known as organocatalysis.

Catalysts are basic tools for chemists. They are used to accelerate chemical reactions in many industries, including pharmaceuticals, plastics and food additives. Products made from catalysis are estimated to contribute 35 percent of the world's gross domestic product (GDP).

Until 2000, researchers had believed there were only two kinds of catalyst - metals and enzymes. The two laureates were rewarded for independently developing a third type of catalysis, which builds upon small organic molecules.

Known as organocatalysts, they are more environmentally friendly than traditional metal compounds, which are often expensive, difficult to dispose of and rare. The tool can be used to construct new drugs and chemicals, as well as molecules that can capture light in solar cells. The breadth of commercial and everyday products it can help create is enormous, ranging from clean energy to cosmetics.

Johan Aqvist, chair of the Nobel Committee for Chemistry, called the new concept "as simple as it is ingenious."

"It is already benefiting humankind greatly," said Pernilla Wittung-Stafshede, a professor of chemical biology at Chalmers University of Technology in Gothenburg. Wittung-Stafshede joined Goran Hansson, general secretary of the Royal Swedish Academy of Sciences, who announced the award at the Wednesday news conference.

Many materials traditionally used as catalysts are categorized as "at risk," said Tom Welton, president of the Royal Society of Chemistry in London. Organocatalysts offer the potential for a much greener process.

Jon Lorsch, director of the National Institute of General Medical Sciences at the National Institutes of Health, described the innovation in terms of "molecular carpentry." Rather than being limited to a board, hammer and nails to build houses, the researchers have developed tools that allow far greater flexibility in terms of building materials and the way they are joined.

Chemists pride themselves in manipulating molecules for specific applications, said H.N. Cheng, president of the American Chemical Society, and asymmetric organocatalysis makes the scope even larger.

"It's like being given a new magic wand," Cheng said. "I can wave it to different things."

Asymmetric catalysts allow for the development of safer pharmaceuticals. Molecules - like a person's hands - have mirror images, Welton said. Asymmetric catalysts allow manufacturers to use just one of those images, known as handedness compounds. That is key in pharmacology. The drug thalidomide, for example, which was developed in the 1950s, was manufactured with both handedness compounds - one performed very well in reducing morning sickness in pregnant women; the other caused birth deformities.

"You can use an asymmetric catalyst to only make one of the versions," Welton said. "You don't have the contamination with wrong handedness."

Both scientists have received grants from the National Institutes of Health, according to NIH Director Francis S. Collins, who emphasized the importance of funding basic science to advance the field of medicine. List received NIH support early in his career. MacMillan has received continuous funding from NIH since 2000, totaling $14.5 million, according to NIH data.

Basic science "is the foundation for all the discoveries for human health," Collins said in an interview Wednesday morning.

List briefly joined the celebratory Stockholm news conference by telephone from Amsterdam, where he is on vacation.

"You really make my day today," the newly minted laureate said. "I was thinking somebody was making a joke with me."

The award comes with a 10 million Swedish kronor prize - equivalent to about $1.14 million - that the two new laureates will split.

Greg Scholes, a friend of MacMillan's and chair of the department of chemistry at Princeton, said MacMillan's wife woke Wednesday morning and told him to turn his phone off because it kept buzzing. MacMillan saw an incoming call from Sweden and ignored it, thinking it was a student playing a Nobel-day prank. He texted List and said he was going back to sleep.

"The students were always trying to play this joke on him," Scholes said. "The majority would agree it was not a matter of if, but when."

His students were at the front of MacMillan's mind once the good news sank in and he was asked to reflect on what his work meant for him. In an interview, MacMillan said he continues to be "blown away" by how the processes his students work on can be put to use by drug companies in a matter of days, and applied to any disease.

"Cancer, pain, Alzheimers. Across the board. In every context," said Macmillan, who makes frequent visits to pharmaceutical companies. "People don't realize how quickly you can get to the frontiers."

When Scholes eventually got through to MacMillan on his wife's phone, MacMillan had to begin rearranging his day. He canceled a Thai lunch he and Scholes often have together. They'll be heading to a champagne reception instead.