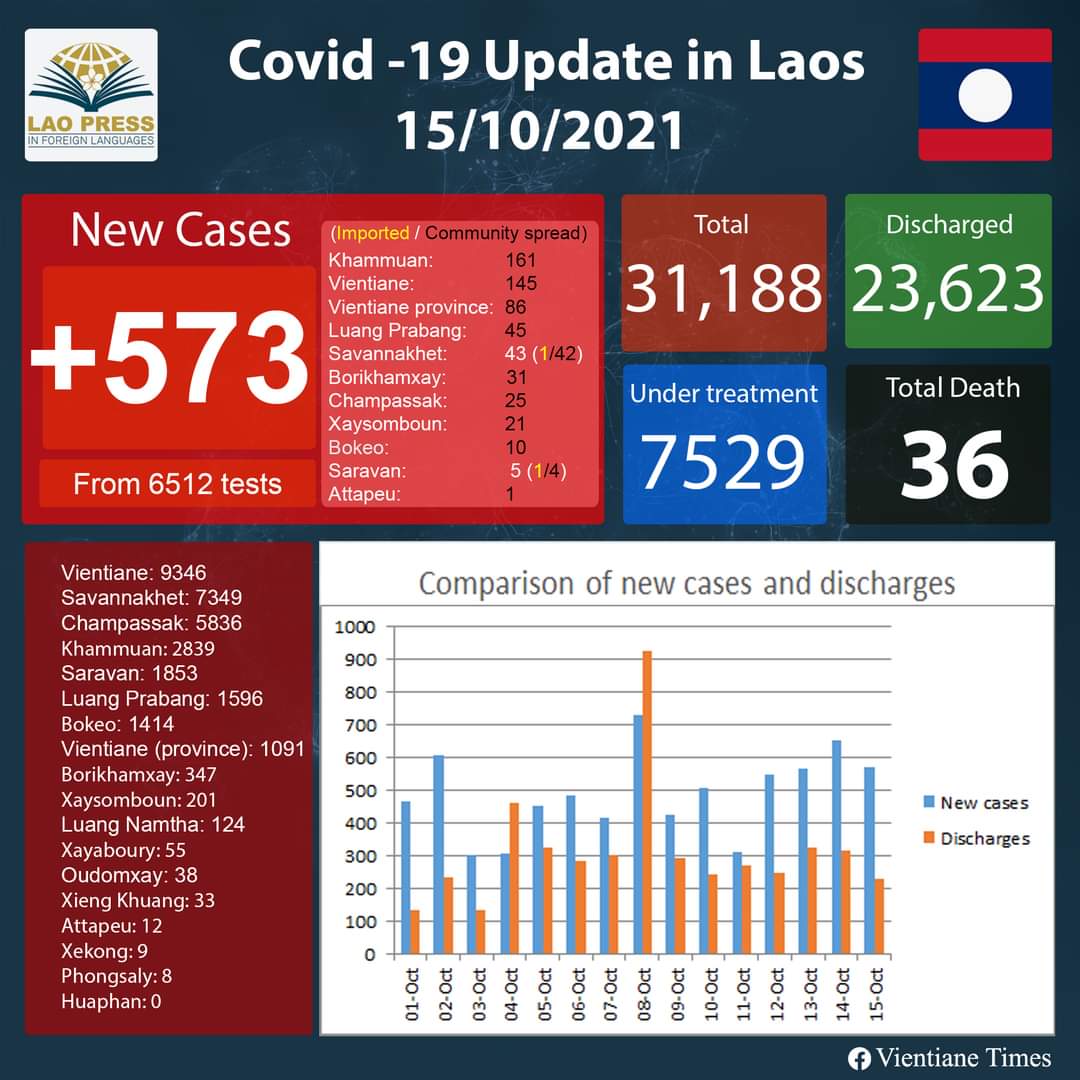 The number of new locally-transmitted Covid cases recorded over the past five days remains high, especially in the provinces of Vientiane, Khammuan, Savannakhet and Luang Prabang.

The observation was made as the National Taskforce for Covid-19 Prevention and Control on Friday announced another 573 new cases of the virus, bringing the total to date to 31,188, with 36 people having died from the illness.

Of the new cases, 571 were locally transmitted and 2 were reported among people entering Laos.

Khammuan reported the highest number with 161, followed by Vientiane with 145, Luang Prabang province with 45 cases, Savannakhet province 42, and Vientiane province 86.

Another 25 cases were reported in Champassak, 21 in Xaysomboun, 31 in Borikhamxay, 4 in Saravan, and 10 in Bokeo.

With significant virus transmission occurring in many communities and current levels of vaccination lower than needed to stop the spread of infection, it is essential that public health and social measures continue to be rigorously adopted, the taskforce said.

While vaccination uptake is increasing, more people are dying from Covid, none of whom have been vaccinated.