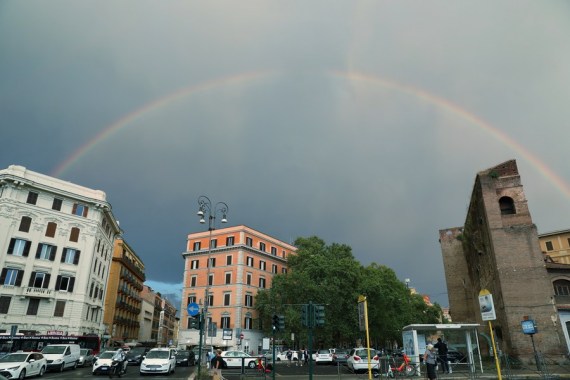 The Group of 20 (G20) Leaders Summit slated for this weekend will broadly focus on climate change, health such as the distribution of COVID-19 vaccines and ways to improve pandemic preparedness, and the post-pandemic global economic recovery.

Speaking to reporters via video conference, Mattiolo said that the discussions about climate change will assess progress made in the run-up to the 26th United Nations (UN) Climate Change Conference of the Parties (COP-26) to be held in Scotland, while the health-related negotiations will focus on issues such as the distribution of COVID-19 vaccines and ways to improve pandemic preparedness.

The negotiators will also consider ways to strengthen the post-pandemic global economic recovery and to make economic growth more sustainable, according to Mattiolo.

The G20 summit, slated for this weekend, will also aim to help confront global crises, including the coronavirus pandemic, and will assess the situation in Afghanistan following the collapse of the country's government.

The highlights of the ministerial meetings this year include: the finance summit focused on the international tax reform; the labor talks focused in part on gender equality; the negotiations on education, including the impacts of the pandemic on the education systems; and the discussions on the environment and energy, in preparation for the upcoming COP26 climate summit.

Each one of the series of talks held earlier in the year concluded with a final declaration that will be formally presented to the heads of state and government for its adoption.

"The big summit's main role will be to review and adopt the conclusions of the many working groups, task forces and ministerial meetings," Antonio Villafranca, research coordinator and head of the European Program at the Institute for International Political Studies (ISPI), a think tank, told Xinhua. "In Rome, the leaders will assess what has been done and what can still be done."

One of the issues left to be decided, according to Villafranca, is whether the leaders would call for the curbing or elimination of the incentives that support the use of fossil fuels in the G20 countries.

This decision will be significant since the G20 member states account for around 80 percent of the world's primary energy use, according to an ISPI report.

But according to Raffaele Marchetti, an international relations professor at Rome's LUISS University, the effectiveness of the G20 should not be measured by its ability to make decisions.

"The correct way to look at the G20 is as a forum for conversations between global leaders on important topics," Marchetti told Xinhua. "It's not necessarily a body for making major decisions. But those decisions can emerge from the discussions in the G20 context."

"Other forums like the United Nations or the World Health Organization or the World Trade Organization are too large to be focused, and the G7 (Group of Seven) is too narrow and too dominated by western countries," Marchetti said.

"But the G20 includes eastern and western powers alike. In most areas, it's the best forum where the major powers -- the United States, China and the European Union -- are all involved."