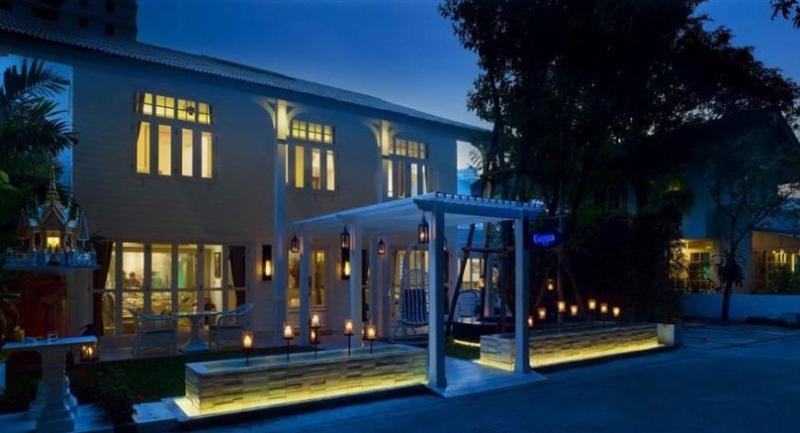 Chef Gaggan Anand’s eponymously named Indian restaurant in Bangkok has retained its crown as the best restaurant in Asia for the third year in a row.

Anand cemented the reputation of his progressive Indian restaurant Gaggan in a three-peat performance at the 2017 edition of Asia’s 50 Best Restaurants awards – an impressive feat given that the restaurant opened in 2010. (The chef has, however, announced plans to close his restaurant in Bangkok in 2020.)

It was a gathering of some of the most high-profile, Michelin-starred and avant-garde chefs across Asia on Feb 21, who travelled to Bangkok to hear the countdown that ranks restaurants against one another.

So what is a dining experience at the best restaurant in Asia like?

According to editors of Asia’s 50 Best, an offshoot of the World’s 50 Best Restaurants awards, Gaggan balances the “soulfulness of Indian street food with hyper-modern cooking techniques to unrivalled effect”.

In line with the menu’s playfulness and the chef’s “effervescent” personality, the 25-course menu is likewise written entirely in emojis.

Meanwhile, China, Japan, Singapore and Thailand landed the most spots on the top 50 list, counting nine restaurants each.

Rounding out the top three spots are Restaurant Andre in Singapore and Amber in Hong Kong.

Other big winners include Japan’s Kazutoshi Narita, who was named Asia’s best pastry chef; Odette in Singapore, which won the highest new entry award; Locavore, the highest climber; Den in Tokyo for the art of hospitality and chef Dave Pynt of Burnt Ends in Singapore, who won the Chefs’ Choice Award.

Here are the top winners: