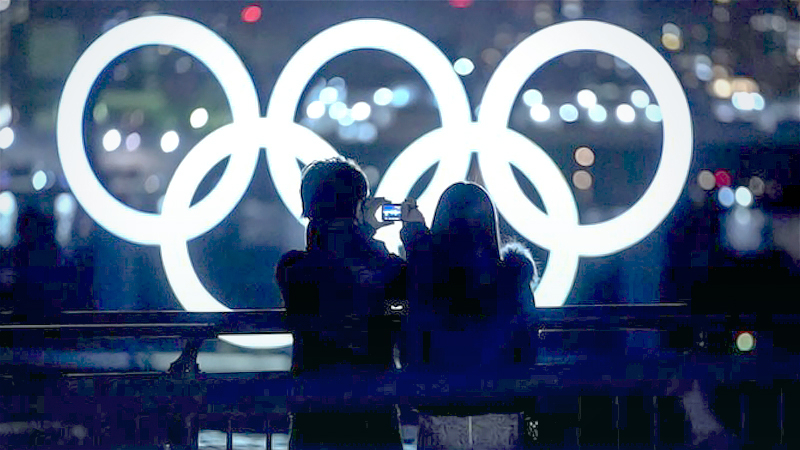 The economic hit from excluding foreign spectators from attending the Tokyo Olympic Games is a price worth paying if it means the event can take place this year, according to economists.

The likely impact on the world's third-largest economy of Saturday's decision to bar spectators from overseas could reach 600 billion yen ($5.5 billion) after the ripple effects of weakening future interest in visiting Japan is factored in, said Yuki Masujima, economist at Bloomberg Economics.

The immediate hit from lost ticket sales and empty hotel rooms would be closer to 250 billion yen, he said.

While a lack of overseas fans and packed stadiums will take some of the gleam off the world's biggest sporting event and will hit a hospitality sector that bet on a surge in foreign visitors, taking action to ensure it goes ahead without complicating the battle against the virus is more important for the economy, analysts concluded.

"The decision increases the feasibility of the Olympic Games taking place," Masujima said. "Staging the Games will be a big positive for the recovery of business and consumer sentiment, both of which are critical for the recovery of Japan's economy."

While Masujima's estimate is at the higher end of projections for the cost of losing foreign Olympic fans, it's still only around 0.1% of the size of the economy spread over time. If the Games were canceled altogether, the cost would run to 3.5 trillion yen, or 0.7% of gross domestic product, he said.

Other economists gave smaller estimates for the damage from excluding overseas fans. The hit would mount to about 191 billion yen, according to economist Takahide Kiuchi at Nomura Research Institute. That compares with a 160 billion yen loss estimated by economist Shuji Tonouchi at Mitsubishi UFJ Morgan Stanley.

Economists also noted that almost all the investment for the Olympics has already taken place.

"Tourist, hotel and other service industries were one of few growing sectors in Japan's economy before the pandemic and they invested in upgrading capacity with high expectations for the Olympic Games," said Hiroshi Shiraishi, senior economist at BNP Paribas. "But the decision itself makes sense. It wouldn't be wise for Suga to allow foreigners and risk spreading the virus again given the slow progress in vaccine distribution."

The Games were forecast to bring in 207.9 billion yen in spending by participants and spectators if they were held under normal conditions, according economist Yutaro Suzuki at Daiwa Institute of Research Holdings.