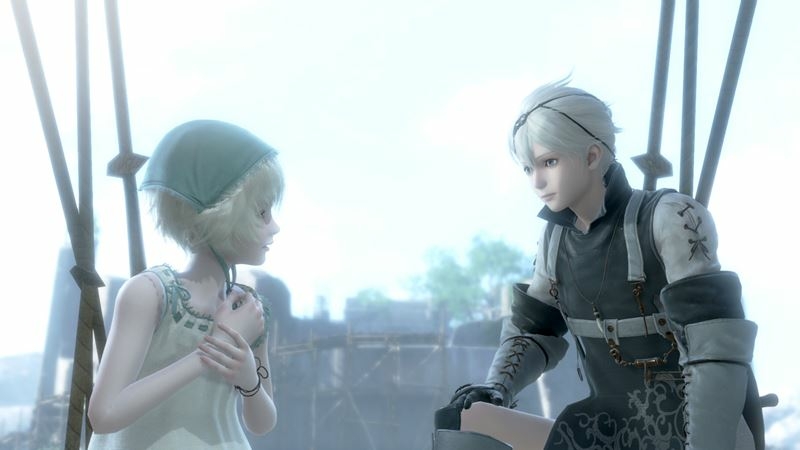 'Nier Replicant' is for anyone who regrets playing 'Automata' first

Anyone who's played it knows that "Nier Automata" is one of the most fascinating video games ever created, but so many missed its prequel, simply named "Nier."

Enter "Nier Replicant ver.1.22474487139 . . . ," or simply "Nier Replicant." Developed by Toylogic, it's both a remake and remaster of the overlooked 2010 action role-playing game that sets up the existential dread in "Automata." Creator Yoko Taro's writing finally got the attention it deserved, both from a growing audience and a development team that could properly bring his vision into a trippy, thrilling experience.

"Replicant" is scheduled to be released April 23 for PC, Xbox One and PS4, so it's still a ways off. But I've been playing the final build of the game for the past week, and it's been a nostalgic trip back. I finished the original "Nier" for the Xbox 360 in 2010, but I did not return to it for a few reasons. For one, it's a tragic, sad story, but anyone who's played "Automata" could've guessed that. It's hard to endure emotionally. For "Automata," I spent three real-life therapy sessions unpacking what I had learned about myself from the game. But the other reason that kept me away is that the gameplay was also a bit rough. Its level designs were extremely flat, and the combat was not enough to make up for the same-old, same-old temple rooms and ruins.

That's why "Nier" and Yoko Taro fans cheered when "Replicant" was announced, bringing the same "Bayonetta"-inspired combat to the older story. For veterans, it's the greatest excuse to return to a story that could arguably be better than "Automata." For those who only jumped on with "Automata," it's going to be a bizarre and surreal trip.

Both games have a fixation with philosophical themes. "Automata" could not exist without the themes and plot established in "Nier," and the message of "Nier" is enriched and further clarified by what happens in "Automata." Many of the game design concepts of "Automata," including its abrupt changes in genre, as well as camera style and setting, hail from the original prequel. And if you think "Automata" had some wild changes, the original game takes a sharp turn into genres you might not expect.

"Replicant" feels great. The eponymous hero Nier moves with the same agility as androids 2B and 9S, with your standard light and heavy attacks. Your mysterious floating book companion, Grimoire Weiss or "Weissy" for short, basically acts as your gun and attack modifier. He works just like the robotic pods of "Automata," and he can turn the game from a "Devil May Cry" character-action title to a bullet-hell third-person hybrid.

The game starts with Nier as a young child, but as the story wears on, his ability to swing weapons and wield magic through Weissy becomes exponentially more powerful. The original "Nier" is a satire of and homage to "The Legend of Zelda: Ocarina of Time," complete with a nagging floating companion and a midgame jump in skills, abilities and story stakes.

This comparison will be all the more clear with "Nier Replicant," which is a retelling of the original Japanese release of "Nier" that never made it to the West. Yoko Taro wrote two versions of the story for Japan, one of which depicted Nier as a brother in search of his sister, which is what we get in the upcoming "Replicant" rerelease. The West only received the version where Nier was a father searching for his daughter. At the time, this was a striking relationship in video games, right at the genesis of the now-worn-out trope of "daddening" video games. Before Kratos or Joel Miller, Papa Nier was a granddaddy of the genre.

By 2021's standards, the brother-sister dynamic is now the more unique and original of the two, and it's better for it. You can now see with greater clarity how Yoko Taro uses "Ocarina" to critique and deconstruct video game design and storytelling formulas. The staid level design I spoke of earlier? It now feels wholly coherent to the story's longing for any kind of self-identity.

I dare not spoil any of the plot twists. "Automata"-only veterans may predict some of them, but that will not matter, not when the acting and music and cinematography push to make this a uniquely raw and emotional experience. Unlike the androids of "Automata," "Nier Replicant" immediately feels more grounded and connected to humanity. It helps that much of the game is inspired by Japanese high-fantasy tropes of roaming monsters in grasslands, townships and temples. It's like playing an old-school "Final Fantasy" game before it went cyberpunk, while retaining all the drama and passion of its later stories, held together by the kind of character action we only see in games like "Devil May Cry."