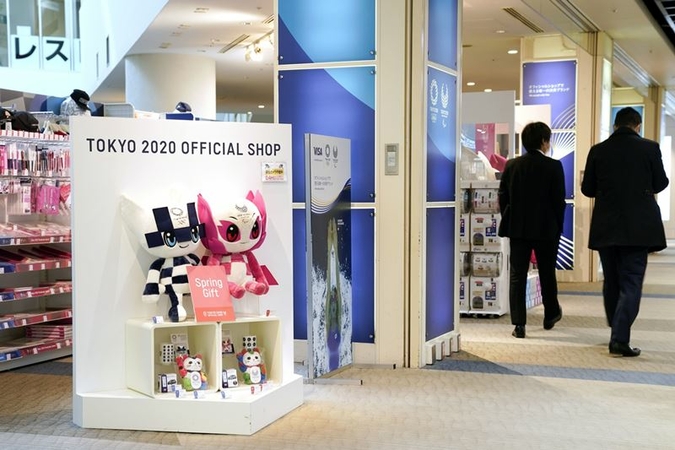 The Tokyo Summer Olympics has survived being postponed, a mountain of scandal and bad publicity. Now comes the real challenge: pulling off the world's biggest sporting event safely in the middle of a pandemic.

When the games kick off on July 23, Covid-19 will still be a global reality. Even with the decision to exclude foreign spectators, more than 60,000 athletes, coaches, national team staff, media and other essential workers will converge on Tokyo from more than 200 countries - each with different rates of transmission, vaccination and viral variants.

"Based on the number of people arriving and the prevalence of the disease around the globe, the Olympics absolutely could become a super-spreading event that leads to quite a number of infections, as well as spreading internationally as people return home," said Spencer Fox, a research associate at the University of Texas at Austin who specializes in infectious disease modeling. "The precautions they have in place are great, but you can never completely reduce the probability of infections."

Organizers are relying on a series of six "playbooks" of rules that detail how participants of the Olympics and Paralympics can compete, move around and socialize, in order to manage the risks of what will be the world's biggest Covid bubble. While those involved in the games will be somewhat isolated from the Japanese public, Tokyo has ruled out using two core tenets of containment: quarantines and vaccinations. Without those, experts say infections could spread.

If it does, not only could the Olympics become the site of a sizable outbreak that spreads into Japan, it could become a cauldron of novel variants gathered from around the world. The risk is that athletes could bring them home, potentially fueling the pandemic.

While Japan has seen much lower transmission rates compared with other rich nations, its vaccination campaign is only just starting, months behind places like the U.K., U.S. and even other parts of Asia. There are still many unknowns, including exactly how many people will be coming into Japan, and organizers haven't decided yet on how many domestic spectators will be allowed into venues.

Depending on how infection rates develop, there's still a possibility that more stringent measures will be adopted, with the final version of the playbooks due in June.

"The situation surrounding the coronavirus is constantly changing, and it's our hope that the efforts of the government, the city of Tokyo and other stakeholders will help to mitigate spread of infections," Tokyo 2020 said in an emailed statement.

Sporting events have gone on around the world this past year - with both success stories and cautionary tales.

The Olympic organizers are set to emulate the few sporting events that took place under bubbles. The National Basketball Association saw no infections during its three-month run in the summer and fall of 2020. But the NBA bubble saw just a few hundred athletes cordoned off together at the Walt Disney World Resort in Orlando, Florida. Including staff and coaches, there were fewer than 1,000 people involved.

As the pandemic grew in the U.S., the mixed martial arts organization UFC decamped to Abu Dhabi, where they held a series of events over a number of months. Along with 4,000 local staff, nearly 2,000 participants from 44 countries entered the bubble, including Conor McGregor, one of the world's highest-paid athletes.

A quarantine period and a double-negative PCR test were required before entering the bubble, and once inside participants were tested every 72 hours, Ali Hassan Al Shaiba of the Abu Dhabi Department of Culture and Tourism told Bloomberg News. Anyone who tested positive was removed from the bubble and isolated, until they tested negative and were then sent home.

Officials at the Australian Open earlier this year took infection control seriously, requiring tests for athletes and mandatory quarantines upon arrival, even for competitors. Still, some charter flights headed for Melbourne saw cases among athletes and support staff. While initially open to spectators, fans were later shut out for a while during an unrelated surge in infections. Injuries blamed on limited practice times were rampant as well.

While the event didn't lead to a local outbreak or transmissions among players, the challenges show what can happen even when stringent precautions are in place.

The extent of the risk also varies depending on the sport. A study of the National Football League's latest season in the U.S. found that players didn't transmit the virus during game play, while matches for a high school wrestling tournament turned into deadly super-spreading events. The Olympics will feature 33 sports across 42 venues across Japan.

Further complicating the task is the social nature of the Olympics. Places such as the Athlete's Village were designed to have people meet and socialize. Although long conversations and collective meals will be off limits, how those rules will be enforced is unclear. Some of the athletes are teenagers and the average age of an Olympian is usually in the 20s - groups where virus spread has been harder to control.

"While the playbooks are written, it's not clear how strictly they will be implemented," said Alex Cook, an associate professor at the National University of Singapore's Saw Swee Hock School of Public Health.

It's not just the athletes. The Games will require thousands of volunteers to help the events run smoothly, as well as local staff who will need to go in and out of the Olympic bubble regularly to do things such as cook meals, clean facilities and run the proceedings. It's not clear how such staffers - which the Olympic Organizing Committee and Tokyo Metropolitan Government say will probably number more than 150,000 - will be handled, and the playbooks don't offer explicit instructions.

Even in normal times, disease outbreaks are common at the Olympics. During the Winter Games in Pyeongchang in 2018, around 200 athletes caught norovirus. Two years earlier, the Rio Summer Olympics were held amid the specter of Zika. More than 300 athletes caught respiratory illnesses out of 10,568 competing in the London Olympics in 2012.

"It's a good-sized task, even without coronavirus," said Jerne Shapiro, a field epidemiologist at the University of Florida who is overseeing the university's Covid-19 control measures, including for athletics.

There are strategies to reduce risk. Those flying into Japan will be required to have a negative Covid test and undergo additional testing at least every four days. Increasing the frequency of testing is likely the best way to prevent an outbreak, experts say. Seiko Hashimoto, Japan's Olympics chief, has indicated that more frequent testing for athletes is being considered.

"This has become the go-to methodology in order to have an event stay on schedule despite the fact that we are in a pandemic," said Amesh Adalja, a senior scholar at the Johns Hopkins Center for Health Security and an infectious disease physician. "Short of vaccinating everybody, a combination of serial testing and the bubble is the best way."

Still, several countries have already started vaccinating their athletes and others who will travel to the games, and some national teams may have stricter infection control rules than the Tokyo playbooks. Events will be held in large, airy facilities, with few spectators, further decreasing the danger.

But not everyone is convinced. "It would be ideal, of course, if all participants and staff were vaccinated," said Eric Topol, director of the Scripps Research Translational Science Institute.

"The bubble model worked for the NBA," Topol said. "It's not clear if it can be replicated in this scenario."