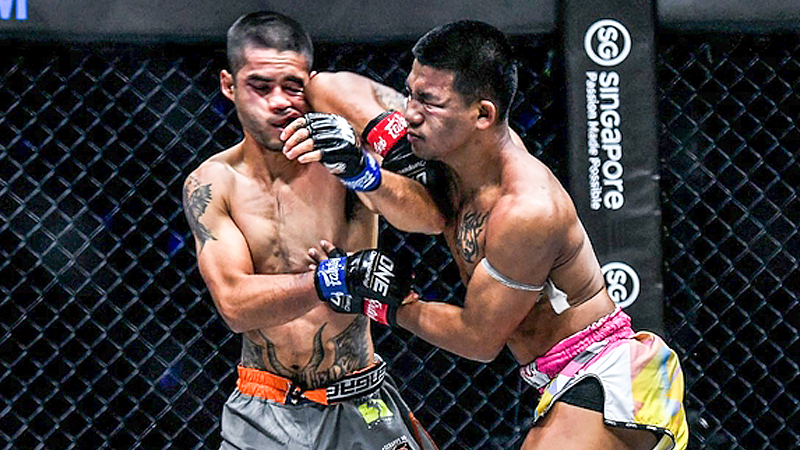 Thailand’s Rodtang “The Iron Man” Jitmuangnon is looking forward to his next bout after thrilling fans on his live debut in front of a US primetime audience last week.

The ONE Flyweight Muay Thai world champion took on former WMC Muay Thai World Champion “Mini T” Danial Williams in a “ONE on TNT I” event in Singapore that set the martial arts world abuzz on April 7.

Rodtang took home a unanimous decision in arguably the most entertaining fight of the night, but not before taking his own dose of punishment care of the come-forward “Mini T”.

It was the first time a US primetime audience was able to catch Rodtang live, and the reception has been all positive. Rodtang himself was also happy with how the fight turned out.

“It was a good fight. I’m happy with the outcome. Danial Williams was very good. He was willing to trade with me, which made me happy. He didn’t back up the entire time, which made for a really entertaining fight for the fans.

“Overall, I’m satisfied with my performance. I didn’t really have much time to prepare for this one, as I just recently had a fight, but it was a good fight.”

Rodtang barrelled forward with his usual aggressiveness as soon as he found his rhythm. However, fans were surprised with Williams’ willingness to trade leather given lesser fighters have folded under the Thai’s relentless pressure.

It came as no surprise to Rodtang though. The Thai superstar has faced some of the best fighters in the world under the ONE Super Series banner and starred in a handful of exciting fights.

“I wasn’t surprised with how good he was. There are no weak opponents in ONE Championship. Everyone has talent, and everyone comes to fight. Even though he was a late replacement, Williams was still very dangerous,” said Rodtang.

“He showed no fear. I know how good he is, that’s why I was very careful.”

Now they have gotten a taste of the unique action and adrenaline Rodtang brings to the table, American fans are clamouring for another look at “The Iron Man”. The 23-year-old Bangkok native says he’s excited to get back in the Circle again and put on another show.

“Knowing that millions of people in America could watch me fight, it motivated me. I hope I get the chance again in the future. I want to share the art of Muay Thai with American fans and fans around the world,” Rodtang said.

ONE Championship returns on April 14 with “ONE on TNT II” – the second of a four-part event series broadcast from the Singapore Indoor Stadium. In the main event, reigning ONE Lightweight World Champion Christian “The Warrior” Lee defends his title against No 3-ranked lightweight contender Timofey Nastyukhin.

The “ONE on TNT” series airs every Wednesday in the United States and every Thursday in Asia.