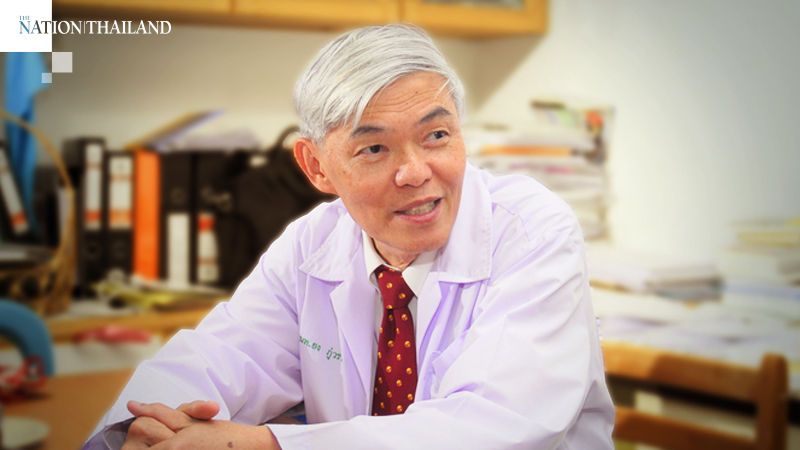 A senior virologist at Chulalongkorn University said on Monday that after receiving the first jab of the AstraZeneca vaccine, people develop a 96.7 per cent immunity against Covid-19.

He was citing a study on 61 people conducted by Chulalongkorn’s Centre of Excellence in Clinical Virology.

The centre’s chief Dr Yong Poovorawan said the study also showed that those who had already been infected with the virus and spent four to eight weeks fighting it, developed a 92.4 per cent immunity.

“Women have been found to have greater immunity than men, while those below the age of 60 are more resistant to the virus than those over 60,” he said.

He added that the centre will conduct another study on people after they get their second AstraZeneca jab.

“However, we have not conducted a study based on different vaccines and would ask those who have been vaccinated to contact us so we can study their immunity levels and side effects,” he said.

So far Thailand has taken delivery of China’s Sinovac and the AstraZeneca vaccines and is reportedly receiving another 3.5 million doses of the Sinovac shots this month.

Yong said the government should aim to vaccinate at least 10 million people per month to reach the target of vaccinating at least 70 per cent of the population by the end of the year to create herd immunity.

“If we get vaccines from other manufacturers, a mass vaccination rollout can be completed quickly,” he added.