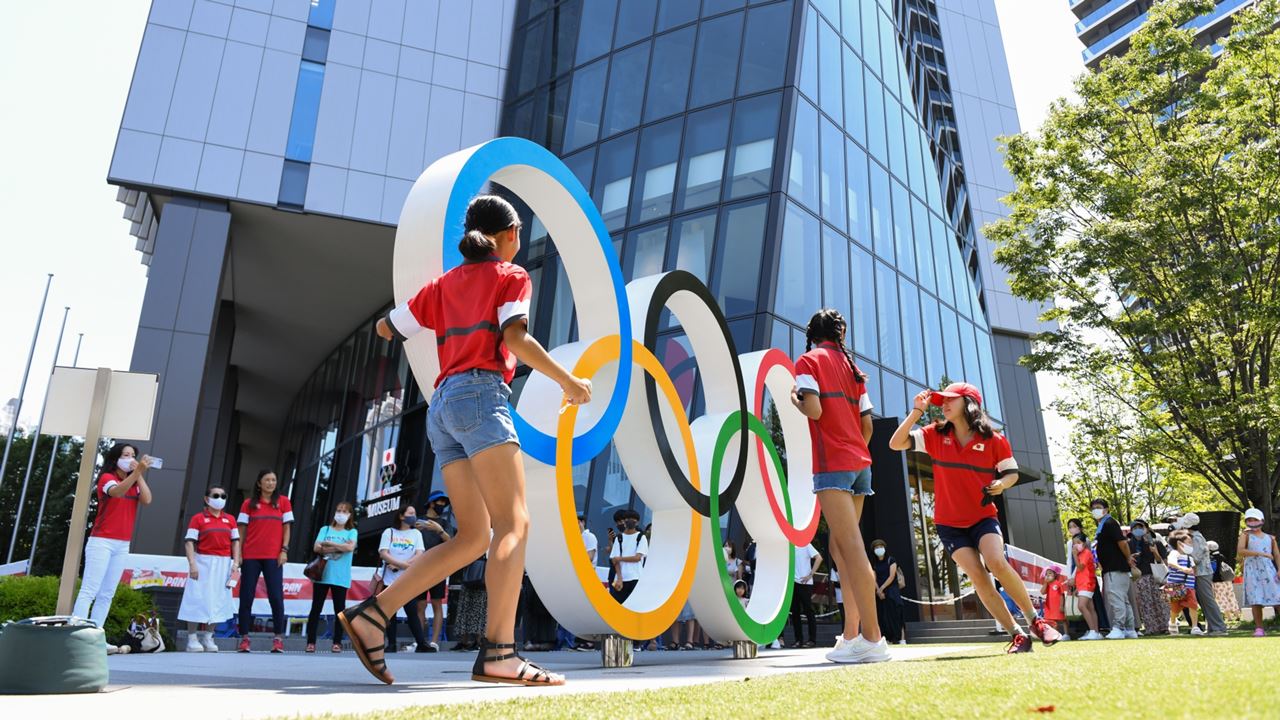 The Tokyo Olympics faced the latest in a series of PR disasters when they were forced to fire the director of the opening ceremony a day before it takes place, after a decades-old video emerged of him joking about the Holocaust.

The scandal is the latest blow in the run-up to the games, which are taking place under unprecedented circumstances, mostly without spectators and against the wishes of much of the Japanese public as virus cases rise in the capital.

"We have discovered that Kentaro Kobayashi in the past made fun of a painful part of history, so he has today been removed from his post," Olympics chief Seiko Hashimoto told reporters Thursday. "We apologize deeply for the trouble and worry caused."

A video shared on social media showed Kobayashi, when he was working as a comedian years ago, joking about the Holocaust as part of a skit. The Mainichi newspaper said the video dated to 1998. The Simon Wiesenthal Center issued a statement condemning his remarks as "malicious."

"Any association of this person to the Tokyo Olympics would insult the memory of six million Jews," it cited the center's Associate Dean, Rabbi Abraham Cooper as saying.

Foreign Minister Motegi Toshimitsu also condemned Kobayashi's comments, calling them "deeply offensive and unacceptable," in a statement. "Such remarks also go completely against the value of unity that the Olympic and Paralympic Games strive for, and against our goal of realizing a society where everyone can live in harmony."

With the director out at the last moment, Hashimoto said it was unclear how the opening ceremony would be handled on Friday. Prime Minister Yoshihide Suga is scheduled to be at the event, alongside U.S. First Lady Jill Biden, and French President Emmanuel Macron.

The latest debacle comes just days after a composer whose music was set to be used at the opening ceremony resigned following the emergence of past interviews in which he had talked about tormenting disabled classmates while at school.

Tokyo 2020's branding as the "diversity" Olympics has been called into question several times. Hashimoto herself was appointed as head of the organizing committee after her predecessor, former Prime Minister Yoshiro Mori, stepped down after making discriminatory remarks about women earlier this year.

A public opinion survey by Japanese broadcaster JNN on July 3-4 found 35% of respondents were in favor of a spectator-less Olympics, while 26% wanted to allow some fans, and 34% wanted to cancel the games or postpone them again.

The event is being held as Tokyo braces for what experts say may be the worst wave of Covid-19 infections so far.