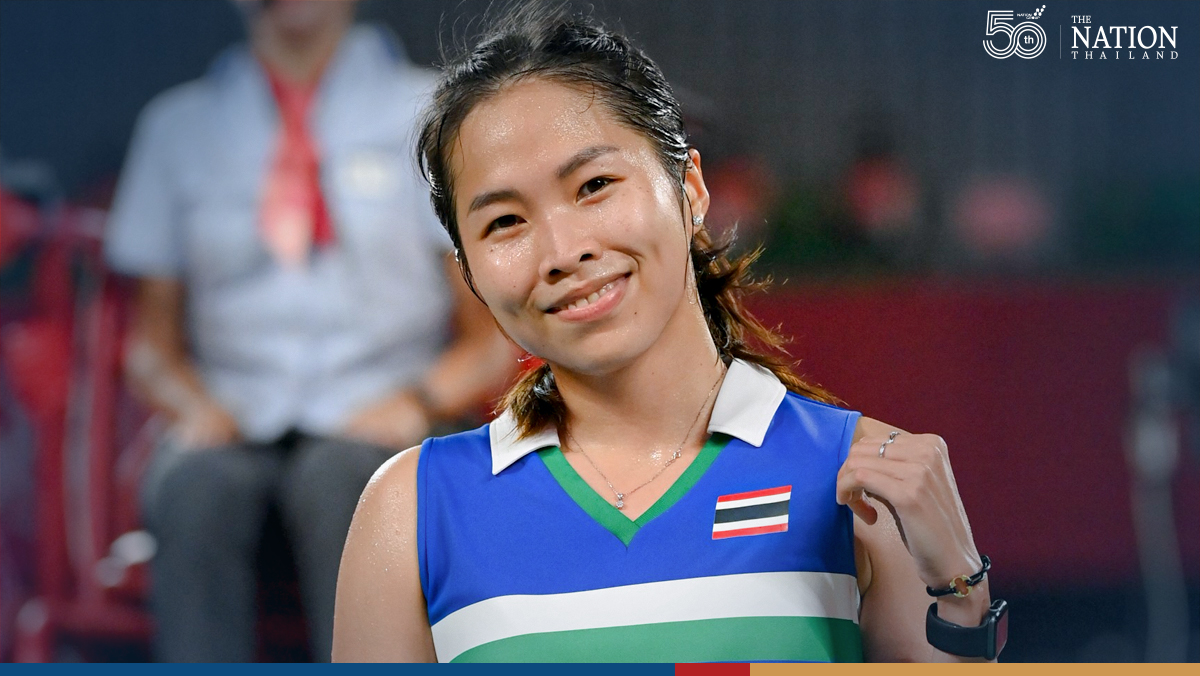 Controversy over sports uniforms worn by Thailand’s athletes at the 2020 Olympics erupted on Thursday when badminton star Ratchanok Inthanon made a sudden wardrobe change.

The Tokyo Games opened in stunning style for Thailand last Saturday when Panipak “Tennis” Wongpattanakit won the country’s first-ever taekwondo Olympic gold medal. Since then, however, over half of the Kingdom’s 41 athletes have been eliminated, and netizens back home have been criticising the national team’s official sportswear.

The criticism came after many Thai athletes were seen uncomfortably rolling up the sleeves of their shirts during competitions. The Thai team’s uniform is sponsored by Grand Sport Group.

The uniform controversy went viral on Thursday when Ratchanok, Thailand’s world No 6, beat her opponent wearing a sleeveless uniform from her personal sponsor Yonex, instead of Grand Sport.

“The Olympic Committee of Thailand approved the request to change uniform after coordination between BAT and Grand Sport, and notification was sent to the Badminton World Federation. A new uniform from Grand Sport was ready, but there were difficulties in delivering it to Japan.”

Ratchanok insisted there were no problems with the uniforms provided to the Thai Olympics team.
Her decision to wear a different uniform had nothing to do with the competition, she told reporters after her match on Thursday.

“The performance on court is what I focus on, not the uniform. I had been wearing Grand Sport’s uniform since the beginning of the tournament and there was no problem,” said Ratchanok.

Grand Sport Group has sponsored sportswear for Thai athletes in every tournament since 2005, including the Southeast Asian (SEA) Games, the Asian Games, and the Olympic Games.

How much is an Olympic medal worth?