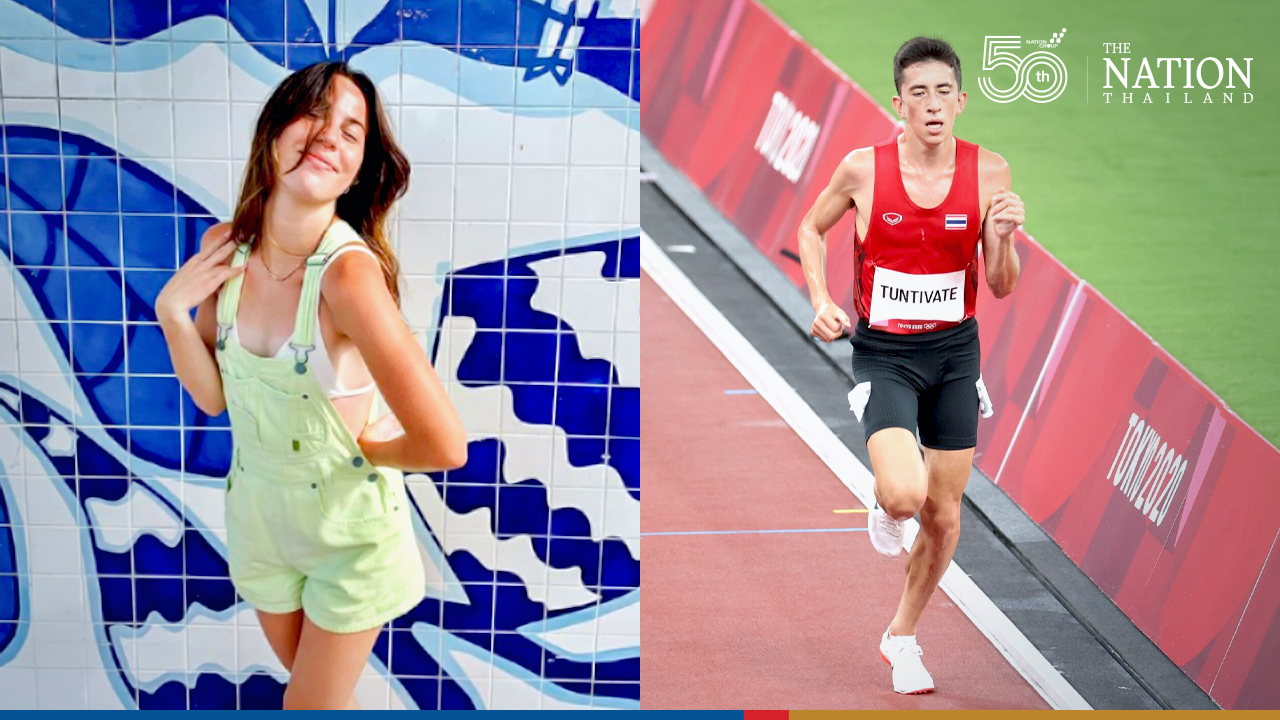 Thai distance runner Kieran Tuntivate on Friday finished 23rd in a field of 25 athletes in the 10,000 metres race at the Tokyo Olympics.

Although Kieran was not seen as a medal contender, he has been in the spotlight as a representative of the country. His love relationship with Abbe Goldstein has also been in media focus.

Goldstein, like Kieran, is a Harvard University alumnus and runner. The two reportedly met each other at the university’s athletics camp.

Both Kieran and Goldstein were members of the Bowerman Track Club, an American training group sponsored by Nike for professional distance runners.