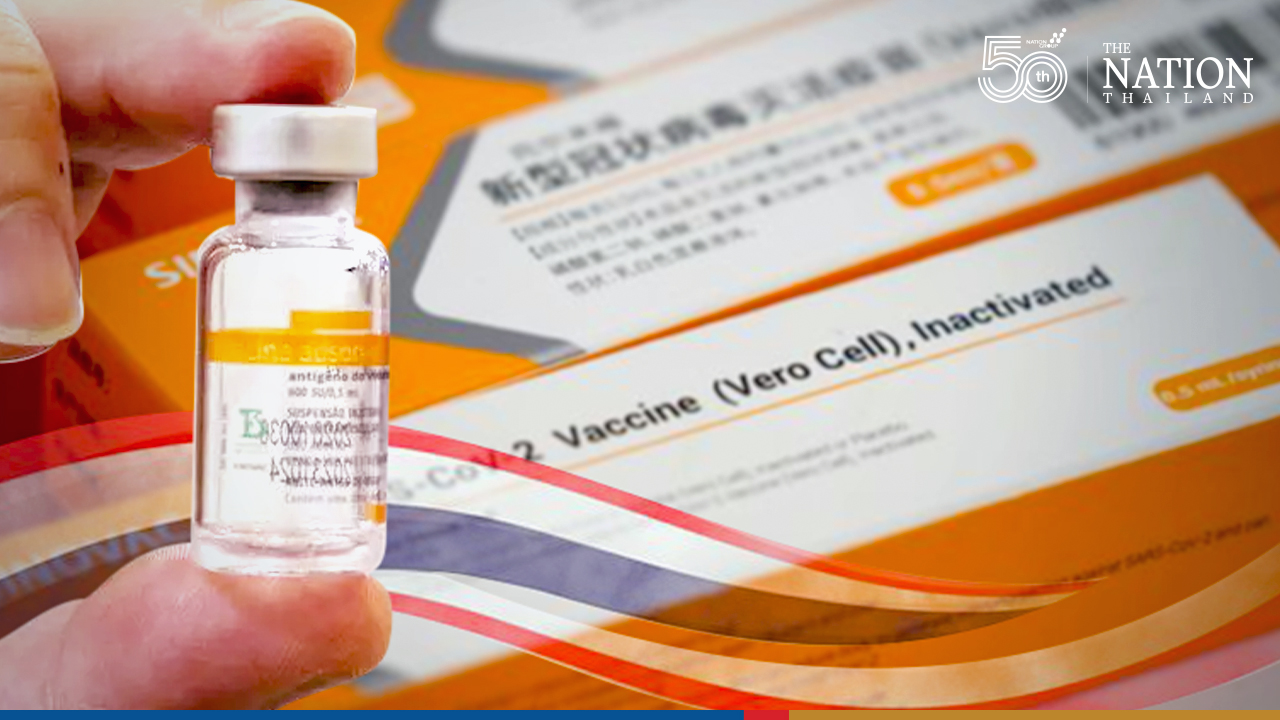 A Thai public health agency on Tuesday issued data to back the decision to purchase another 12 million doses of Sinovac, despite public criticism of Thailand’s reliance on the Chinese vaccine.

A total of 508,498 doses were administered on Monday (August 16), bringing the number of people jabbed at least once to just over 24 million (24,100631), department director Dr Chawetsan Namwat said.

Meanwhile, data showed that cross-vaccination with Sinovac followed by AstraZeneca vaccine generated high and rapid stimulation of immunity since jabs could be given 3-4 weeks apart instead of waiting 3 months, he said.

All vaccines used in Thailand had passed World Health Organisation (WHO) standards on prevention of fatalities and reduction of severe illness, Chawetsan said.

“Currently, there are plans to purchase an additional 12 million doses [of Sinovac], which will be crossed with AstraZeneca to generate wide immunity stimulation among the population."

The government is facing growing public criticism of its reliance on Sinovac vaccine, which costs more than twice as much as locally made AstraZeneca but barely reaches the 50 per cent efficacy threshold set by the WHO.