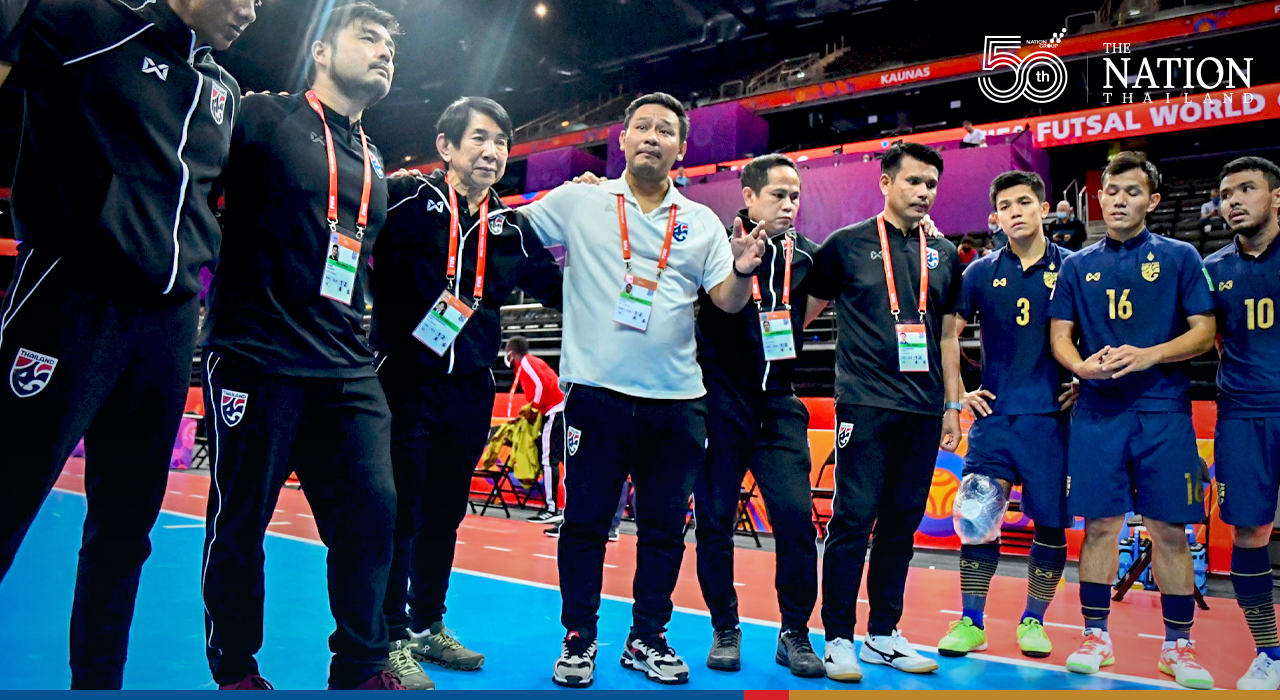 Thailands national futsal team failed to qualify for the quarterfinal of the 2021 Fifa Futsal World Cup Thursday after being trounced 7-0 by Kazakhstan on Thursday.

The 18th-ranked Thais played the seventh-ranked Kazakhstan in the round of 16 at Žalgiris Arena in Kaunas, Lithuania.

Thailand have lost in the round of 16 at the Fifa Futsal World Cup three consecutive times.

Head coach Rakphol Sainetngam apologised to Thai fans for failing to advance to the quarterfinal.

He said everyone was disappointed, including staff and the players. "They did their best but everything was not good," he said.

Top scorer Suphawut Thueanklang added that they got off to a bad start and conceded an early goal. They had to change their plan after that. However, there were many errors, as a result we conceded too many goals, he said. He said they had done their best and apologised for disappointing the fans.